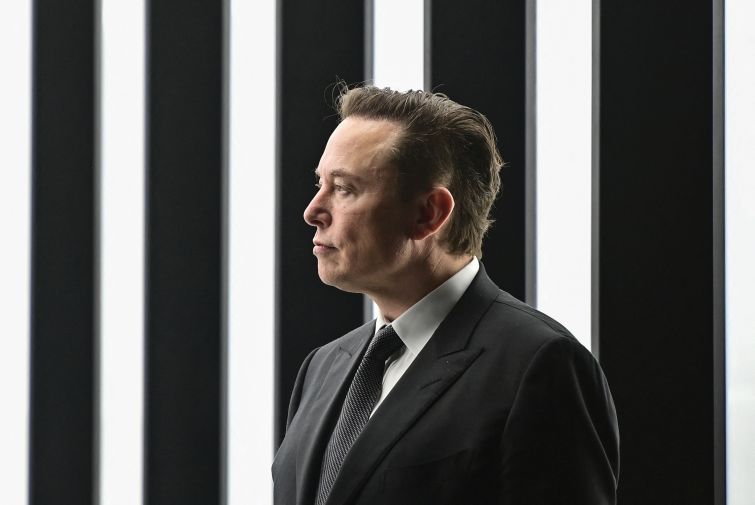 About a year ago, CO reported that the Durst Organization had gone all Alec Baldwin on its workforce: Get vaccinated, or you’re fired.

It looks like Elon Musk has been watching “Glengarry Glen Ross” because this week an email leaked from the would-be social media tycoon to Tesla executives saying: “Remote work is no longer acceptble” [sic]. The email stated that “anyone who wishes to do remote work must be in the office for a minimum (and I mean *minimum*) of 40 hours per week or depart Tesla. This is less than we ask of factory workers.”

This presents an interesting new development in the struggle of employers to get workers back to the office.

With 11.4 million job openings throughout the country as of April, it was widely assumed that a boss’  “get back to the office” would be answered with something … well, Alec Baldwin-esque.

Musk, however, is not having it. And given the fact that despite recessionary fears employers are still hiring, this is a bold position to take. However, we imagine many employers will be paying attention to how it shakes out.

On the flip side, companies like NBC are apparently making their peace with permanent work-from-home.

At least that’s what we took from the fact that NBC walked away from a massive 90,000-square-foot lease at its iconic headquarters at 30 Rock that apparently was set to be signed before the NBC brass began asking: When will things change?

And a lot of top-tier office owners are apparently wondering the same thing. Four blocks away from 30 Rock, a joint venture between Blackstone and RXR is quietly putting its office tower at 1330 Avenue of the Americas on the market for $350 million, which is about $50 million less than it paid for it in 2010.

But the lease goes on!

In this Musk v. NBC divide, a lot of companies still believe that they will need an office and are planning their future accordingly.

PNC Bank renewed for another five years its 64,941-square-foot lease for its offices and retail bank branch at RXR’s 340 Madison Avenue, Commercial Observer has learned.

In case you haven’t noticed, WeWork has been a popular topic of conversation. And by “popular” we mean beyond just the Commercial Observer set. When a company gets the streaming service treatment (as in “WeCrashed”) it has officially broken into the popular consciousness. (And most landlords would be lucky to get Jared Leto to portray them in an Apple TV+ version of their lives.)

When asked about the series at an NYU symposium in April, the firm’s current CEO Sandeep Mathrani said he was waiting on the sequel, “We Crushed It.”

One of the names that Mathrani has entrusted to carry out the “crushing it” agenda is Peter Greenspan, the global head of real estate for WeWork.

Greenspan sat with CO for a long interview where we discussed SPACs, long-term plans, the competition and more.

There’s still money to be made in industrial real estate. This week Leste Real Estate and Iconic Equities established a new $400 million joint venture to acquire smaller industrial lots in the $5 million to $30 million range for logistics tenants, particularly vehicle storage, in about 25 different markets around the country.

And Rexford plunked down another $163.8 million for industrial real estate in Southern California.

Moreover, there are tenants who appear to be taking space. A Fortune 500 company (we still can’t figure out which one) signed a 340,000-square-foot lease for warehouse space at the 20-acre Virginia Inland Port Logistics Center in Front Royal, Va.

And the financing is there, too. Alan Mruvka’s StorageBlue landed $69 million in first-mortgage financing from the Union Labor Life Insurance Company (ULLICO) for its purchase of a three-asset self-storage portfolio in New Jersey and Staten Island from American Self Storage.

But multifamily, on the other hand…

Like industrial, one of the safer real estate categories throughout the pandemic has been multifamily (and its close cousin, single-family rental). Everyone has invested in it. Everyone (or so it seems) has made money from it.

But … is it so unassailable?

But we learned this week in a report from property data firm ATTOM that profit margins on three-bedroom single-family home rentals are declining, and ballooning construction and acquisition costs are overtaking rents.

Something to ponder as you spend your Sunday in open houses batting down other bidders on your own custom inflationary hedge.