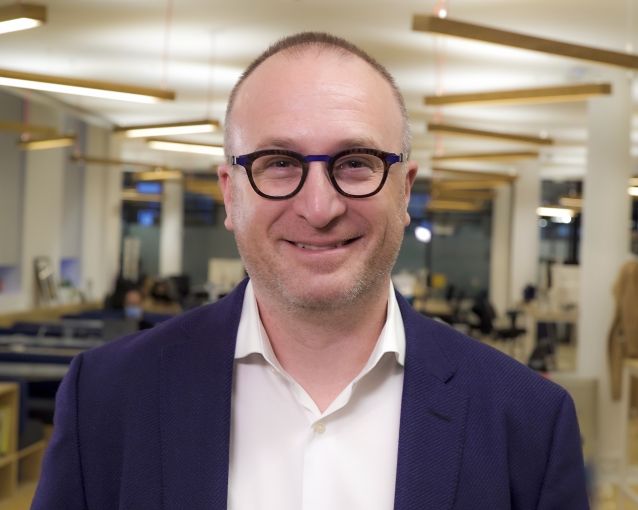 At a New York University symposium on REITs in April, new WeWork CEO Sandeep Mathrani was asked about the Apple TV+ miniseries about the origins of his company, called “WeCrashed.” He said he was waiting on the sequel, “We Crushed It.”

In spite of all the tsouris, WeWork lives on, still the No. 1 name in new-generation flexible office space, dwarfing most of its competition, with 765 locations worldwide. WeWork always saw itself as appealing to the millennial generation and its tech/creative startups, with its high-design interiors, games, coffee in all its guises, and the occasional beer keg. It all came crashing down in 2019, triggered by an initial public offering that went haywire.

And that was before the pandemic. Now a more cautious WeWork is gingerly projecting itself onto a chastened market, hoping to capitalize on its brand identity and its enviable footprint. Mathrani himself is a symbol of the new, more sober WeWork 2.0. He was the guy who brought order to Vornado Realty Trust’s nationwide network of retail spaces. Then he oversaw Brookfield’s absorption of General Growth Properties, a REIT that specialized in malls and shopping centers at a time when e-commerce was eating traditional retail’s lunch.

In perhaps a surprising development, the more uncertain world of post-COVID work has created a market for flex space. As companies just start to get their arms around this brave, new world of hybrid workers, how much office space they really need and where should it be, there’s a litany of space providers hoping to profit on their uncertainty.

One of the people Mathrani has entrusted this era of WeWork to is Peter Greenspan, global head of real estate for WeWork. He first joined WeWork in 2014, serving as its first real estate lawyer. He was later promoted to general counsel, holding that job from 2017 to 2018. He became head of WeWork real estate in November 2018, about 10 months before Adam Neumann, the company’s co-founder and driver behind the misbegotten IPO, resigned as CEO and gave up voting control.

Greenspan spent some time in May explaining WeWork’s transition. His remarks have been edited for clarity and length.

Commercial Observer: Goldman Sachs recently de-emphasized SPACs (special-purpose acquisition companies, more colloquially called “blank-check” companies that raise investor funds with the purpose of acquiring a private company and taking it public. WeWork went public in this fashion last year after it was bought by BowX Acquisition Corp.)  I’m curious if that negatively impacts you or WeWork?

Peter Greenspan: No, not at all. WeWork went public via the SPAC as an opportunity, when BowX came to us looking for an emerging company that made sense for them. But the fact that we went public through a SPAC is irrelevant to our business model, irrelevant to our revenues. It was just a way of joining the public markets.

I presume the reasons companies do that is they want access to investment capital that they wouldn’t get otherwise. Does this enable WeWork to enhance the globalization of its brand?

WeWork had a global brand and the global reach prior to the SPAC. We had already opened in most of the major cities of the world, and I think we were already regarded as the top brand, or maybe the only brand in flex office space,  globally. We already had partnerships and franchises in India, China, all throughout Asia, Israel, not to mention Europe and the United States and Latin America.

At the time BowX approached us, we weren’t out in the market raising money, we weren’t out in the market looking for equity. There was a strategic decision to go with the SPAC. The SPAC was an opportunity, but not something we needed or were banking on. But it certainly turned out to bring a lot of good, smart thought leaders and real estate together. So bringing real estate expertise and technology expertise to our board is obviously a benefit to the company

Talk a bit about your company’s success, if any, at reducing its burn rate.

Sure. Sandeep joined the company in early 2020, before COVID, and we all lined up for a strategy for reduction of our cost structures. That started with divesting of the noncore businesses that we had previously purchased, including schools — all the noncore assets that had been conglomerated prior to 2019 — along with leveling a very serious focus on our portfolio, to be sure we had a portfolio at a cost structure that would allow us to be profitable, sustainably, for the next several decades.

During the hyper-growth period of WeWork, we amassed an incredible portfolio of locations in core cities and gateway cities. We had, and continue to have, some of the best locations in places like London, New York, Shanghai, Tel Aviv, Hong Kong, you name it. And, then, in that expansion, unfortunately, we also had some properties that were not appropriate for, let’s call it, a more sustainable business that can weather recession, weather ups and downs.

We work with our landlords person to person, phone call to phone call, to either restructure our leases or to exit, all in amicable transactions. There was no bankruptcy used, there was only a very, very small amount that even went to a courtroom, in a de minimis amount of fighting. So we ended up with a very strong portfolio of roughly 750 buildings located all over, in gateway cities in first-class buildings, which we’re very excited about.

[A WeWork spokeswoman said the company expects earnings before taxes, depreciation and amortization, or EBITDA, to be positive by the end of this year.]

Companies seem to be having a rough time understanding what has happened and making long-term plans, which, perversely, has benefited coworking companies such as yours. But they also seem to want more suburban space, less central business district space, and more turnkey space as opposed to open floor plans. We seem to be at a radical juncture. Talk to me about how you’ve negotiated that.

Let me start by saying that the WeWork product is not just a bunch of companies working together. We have offerings and products for every type of member. We have everything from a one-person company needing a hot desk for four hours or a conference room for four hours, through our all-access, on-demand product, all the way up to Fortune 500 companies taking 30,000 private square feet from us, not commingling with any other companies. So, while I agree with you that COVID accelerated the transformation of the office industry, I wouldn’t say that it is a short-term effect of COVID.

What happened instead was based on head-down work, 9 to 5, everyone coming in at the same time, essentially being unable to be productive unless everyone was in the office, under the watch of their manager, typing away and keeping quiet.

So the question then is what is needed physically, if anything. What seems to be coming out of this pandemic is that all different companies are experimenting, and there is no one size fits all. For instance, lawyers needing to review 500 pages of documents may be sitting at home for a day on a Tuesday. But, when they have to come in to court or come in to negotiate a business transaction, they’re going to want to be in person and they’re going to want to collaborate.

So it sounds like a lot of companies are now looking at office space as a disposable commodity. You don’t have to be in a specifically company-branded facility anymore.

Look, I think there’s always going to be a hybrid. And, I think, some companies will want to have their own branded headquarters, but then they’re going to take smaller footprints for those long-term leases. These leases go from seven to 15 to 20 years, with major, major capital expenditures invested.

There’s going to be both. But the thing that WeWork is focusing on, in addition to being able to provide our members with that flexibility and our enterprise companies with that flexibility, is helping them decide where do they want to have their own space. Do they even need to have their own headquarters? It’s going to be a very bespoke decision.

The other thing that we’re trying to do, and we’ve been very successful so far, is making really smart partnerships with other companies that will allow these companies to actually be more flexible and manage their end-to-end solution, whatever experiment they’re doing.

Seems like competition in your market is heating up. I’ve spent some time recently talking to high-ups from Convene, from Industrious, from a new company called Daybase. Do you feel like you’re going to wind up taking over for them, or is it a live-and-let-live thing?

Coworking as a proportion of overall office space is somewhere like between 1 and 3 percent, depending on the city. If you look at predictions over the next decade, you’re talking about predictions as low as 15 percent, all the way up to 30 percent, which is an incredibly dramatic change. I view all of these operators in the market as filling a different demand and a different need. There’s no way that one operator or one landlord will be able to meet the demand that’s coming over the next decade for this new way of working.

How much and how fast do you expect to grow?

We do have some incredible locations in the pipeline that will be opening over the next year. In addition to that, we have been working with landlords on various types of asset-light financial structures, which is really the way the industry is going to have to work going forward. And the reason for that is that the landlord, the owners of the asset, and your lenders are going to want structures that better align the operator’s incentives to the ownership incentive. Those are things like management agreements, those are things like revenue-share agreements, operations agreements.

Another place that you’ll see growth from us will be in our franchise activity. We have a couple of franchises that have been incredibly successful. They’re growing on their own.

WeWork is the best brand in the world, probably the only brand that’s widely known as an office company, and certainly the best brand in flexible office space. It’s a beloved brand, despite some of its history on the corporate level. Bringing this brand to new markets is incredibly exciting for us.

As the market for flexible office space continues to grow, to give you a number today wouldn’t be responsible, because we’re no longer going to be a company that depends on hypergrowth.

I don’t think we want to be. We are. We are the company. There is only one company. There is only one company in the world that your non-real estate professionals have heard of in this space. And it’s not just because of the obvious press coverage we’re received. They’ve heard of it because they’ve gone to meetings, they’ve gone to meetups. We are the premier name in flexible office space.

I can’t comment on the McDonald’s analogy because I’m not sure where that would take us, but we are the brand name in this industry.

I read somewhere that Adam Neumann still has about an 11 percent stake in the company. Does he still have some influence? Does he sit on the board? Does he chime in?

No, he doesn’t sit on the board. He doesn’t chime in. He has nothing to do with the management or the business.

If it were my 11 percent, I would at least follow what you guys are up to, just to make sure you’re not going off the rails.

CORRECTION: This interview was updated to include the correct year of WeWork’s failed IPO. It was in 2019.