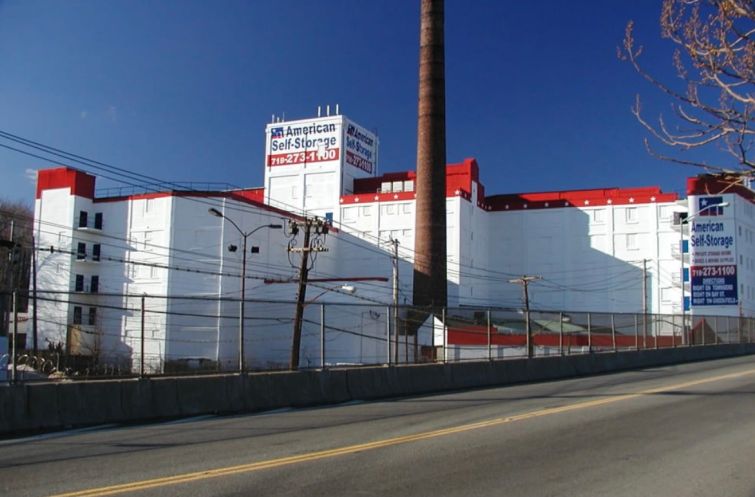 Alan Mruvka’s StorageBlue has landed $69 million of first-mortgage financing for its purchase of a three-asset self-storage portfolio in the New York City metropolitan region, Commercial Observer has learned.

The properties, located at 330 Tompkins Avenue on Staten Island, 290 Route 36 East in Long Branch, N.J., and 268 Cliffwood Avenue in Cliffwood, N.J., will undergo a renovation program by StorageBlue. The portfolio encompases 317,689 of rentable square feet with 4,276 storage units.

Mruvka said the 180,926-square-foot Staten Island property, which consists of 2,812 storage units, was particularly attractive since it is one of the nation’s largest self-storage facilities in an area with strong demand. He noted that former New York City Mayor Bill de Blasio’s ban on converting properties to self-storage facilities, passed in 2018, has made current assets more valuable.

“There is a lot of upside and value-add to the property with a lot of space in the building to convert,” said Mruvka, a former partner at American Self Storage. “Staten Island is severely underserved when it comes to self-storage and [is] one of the most densely populated areas in the country.”

Planned upgrades for the Staten Island facility include creating contactless entry, security improvements and renovating offices, according to Mruvka. He said the New Jersey facilities are already state of the art and will not require much renovation.

Mruvka plans more aggressive expansion for StorageBlue in the New York and New Jersey area with 10 new acquisitions in the works for this year. The co-founder of E! Network entered the self-storage commercial real estate sector in the early 1990s when the industry was in its infancy.

Salvatore Zizza, who has provided capital for self-storage in the Midwest but never in the Northeast prior to this deal, said Mruvka’s vast experience with transforming self-storage properties into state-of-the-art facilities is what attracted him to this investment. He said the portfolio is now at around 82 percent occupancy and could easily rise up to 95 percent with the right upgrades and marketing.

Manno said the Staten Island facility’s location in an underserved market was a big attraction for the deal, coupled with Mrvuka’a strong track record in the self-storage sector. He also likes the cash flow the property provides given the occupancy levels.

“We like deals that have a positive net operating income and ones that are clearly cash flow above the debt service, and this one was there,” Manno said.

Officials for ULLICO did not immediately return a request for comment.