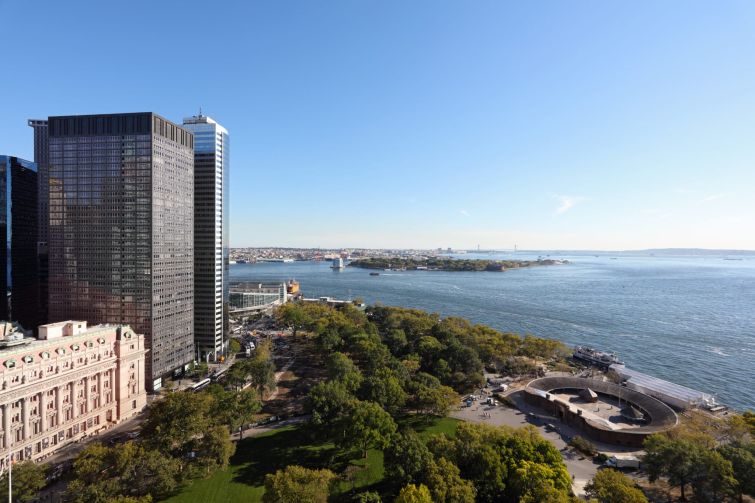 The combined 93,596 square feet of deals bring the 35-story tower to 93 percent leased and cover companies ranging from an insurance firm to a nonprofit dedicated to helping refugees, the New York Post first reported.

Nationwide Mutual Insurance took the most space — 38,107 square feet — split between a 28,307-square-foot sublease with Liberty Mutual Insurance and a 9,800-square-foot direct deal with the building’s landlords, Rudin Management and Allianz Real Estate, according to Rudin.

The Columbus, Ohio-based insurance company’s new offices will cover part of the 29th floor and the entire 30th floor of the 870,000-square-foot building, according to Rudin. Both of Nationwide’s leases will run for about seven and a half years, thanks to an agreement with Rudin to transition the sublease into a direct deal after it expires in November 2025. Nationwide will move to the building from Silverstein Properties’ 7 World Trade Center later this year, according to Rudin.

CBRE’s Paul Myers and Michael Rizzo handled the deal for Nationwide, while Cresa’s Mike McKenna represented the sublandlord, Liberty Mutual, in the transaction. Representatives for CBRE and Cresa did not immediately respond to requests for comment.

Meanwhile, the International Refugee Assistance Project (IRAP) is moving up in the tower — by about 29 floors — and scoring some major views. The nonprofit signed a 10-year lease to double its footprint to 19,407 square feet on part of the 33rd floor in the deal that closed two weeks ago, according to Savills’ Stephan Steiner, who handled the lease for IRAP. IRAP will relocate before the end of the year from just 7,408 square feet on the fourth floor, which it snagged after moving to the building in 2018, Steiner said.

The nonprofit will use its new space to continue to assist refugees and displaced persons from conflicts across the world by providing legal aid, according to its website.

“Rudin is the best landlord in the city … and [IRAP] just has a great relationship with Rudin,” Steiner said. “We went out and looked at a bunch of other stuff and nothing compared with this space. The views are absolutely spectacular.”

Insurance legal firm Abrams, Gorelick, Friedman & Jacobson renewed its 7,775 square foot space on the fourth floor for another 10-years. The law firm closed on the deal to stick with the property in February, according to the landlord.

Colliers International’s Robert Gallucci represented the firm in the deal. Gallucci did not immediately respond to a request for comment.

In the second recent deal for law firms at 1 Battery Park, the banking, financial, energy and higher education law firm Cullen and Dykman snagged 28,307 square feet for 16 years at the tower bounded by Bridge, Pearl, Whitehall and State streets. The firm will relocate from George Comfort & Sons’ 44 Wall Street, which it has called home for at least six years.

Cullen and Dykman closed on its new space in December, according to Rudin. CBRE’s Ken Rapp, David Hollander and Andrew Sussman negotiated the lease for Cullen and Dykman.

A spokesperson for Rudin declined to comment on the asking rent in the deals.

“These four transactions showcase the building’s appeal as a premier office property and are indicative of the positive leasing momentum we’re seeing Downtown,” ​​Michael Rudin, executive vice president of Rudin Management, said in a statement. “As we emerge from the pandemic, companies are planning for their long-term growth in New York City, and are confident in the vitality of its unparalleled business community.”