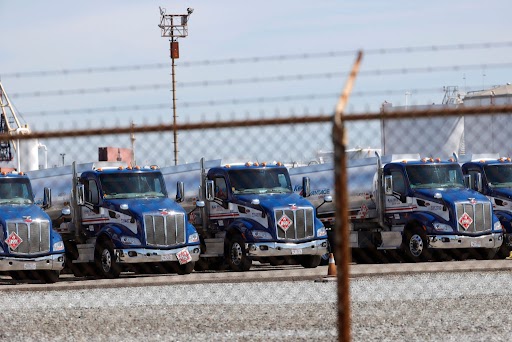 A new joint venture has $400 million ready to ante up, and it’s coming for an oft overlooked sector of the industrial real estate market.

Leste Real Estate and Iconic Equities have pooled the funds to acquire smaller industrial lots in the $5 million to $30 million range for logistics tenants, particularly for vehicle storage, Commercial Observer has learned.

The JV is looking to buy in 25 markets and has already begun, with several properties in contract in the Inland Empire where congested industrial markets surrounding Los Angeles have found some relief, as well as Coral Springs, Fla., where the JV acquired a five-acre plot of land at 12101 NW 42nd Street for $9 million.

Josh Patinkin, who was hired to lead Leste’s expansion as managing director of U.S. real estate in 2021, believes the smaller size of the properties will serve tenants looking to store fleet vehicles.

“There’s less open commitment for this type of an asset class where the average deal size is say $15 million,” Patinkin told Commercial Observer. “It’s a lot of work for a small deal and we’re willing to do the work and aggregate a portfolio of interesting assets that might be overlooked by the broader institutional marketplace. It’s the same level of work to buy a $100 million warehouse as it is to go buy a $10 million truck parking lot. Same effort, same third-party reports, same lawyers, brokers.”

Smaller metro areas and ports are on their radar, including cities like Savannah, Ga., or Charleston, S.C., that still see a great amount of cargo tonnage, according to Patinkin.

Tim Bishop, founder and CEO of Iconic Equities, however, said there are a number of challenges to scooping up property and using it for logistics tenants. Many municipalities have zoning ordinances against vehicle storage, which is not viewed as an economic plus for surrounding communities.

While the Coral Springs site serves as storage for 289 tenants with boats, trailers, motor homes, jet skis and other commercial vehicles in Broward County, the JV would ideally find a single tenant to manage the space.

The JV is also eyeing the Phoenix metropolitan area, which has seen population growth and serves as a gateway for goods moving to and from ports.

“[Phoenix] has really strong demographics and labor pools that make it an [alternate] option to Los Angeles, because that’s kind of a tapped-out market,” Bishop told CO. “A little more availability of land, great highway infrastructure, we like that market a lot.”

The growing lack of industrial space due to surging demand in e-commerce over the course of the pandemic has continued to put immense pressure on the market to not only find more space, but also to build more.

Average industrial rents were recently recorded at $6.47 per square foot and vacancies remained at 5 percent in April, all while the construction pipeline had over 640 billion square feet of additional space in the works, CO recently reported.