Sunday Summary: The Sale of the Grand Prospect Hall 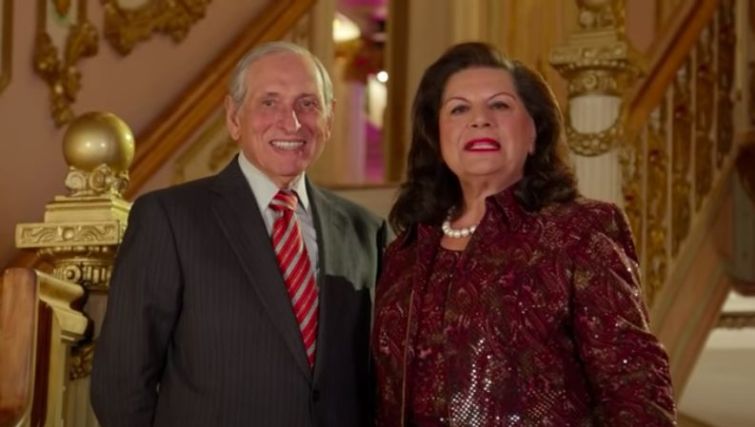 New Yorkers of a certain age will remember fondly the commercials from the 1980s and ’90s featuring the husband-and-wife duo of Michael and Alice Halkias, who owned Brooklyn’s Grand Prospect Hall.

After shots of the sweeping staircase, the towering ceilings, the rococo touches and the sparkling chandeliers (all to the intense strings of Vivaldi’s “Four Seasons”) Alice would declare in her distinct Greek accent: “We make your dreams come true!”

It was appallingly tacky and became the stuff of “SNL” parody, but it was also somehow irresistibly charming, and translated into lots of business for the venue.

Sadly, Michael Halkias died of COVID-19 in May of 2020, and after four decades, Alice has decided it’s time to sell Grand Prospect Hall to Angelo Rigas, an electrical engineer, who picked up 11 adjacent properties, too. While it remains to be seen what Rigas will do with the properties, it signaled the end of an era. However, those commercials remain immortal.

Less hamish and iconic, we also learned that Kmart closed its one and only Manhattan location on Astor Place with a blowout sale of its remaining items. (You could’ve probably picked up some candles to light in memory of Grand Prospect Hall.)

Forget the closings — what about the openings?

One of the big worries of COVID-19 was that people would withdraw from New York and never come back.

This turned out to be largely overblown, and this week, we saw some encouraging data from TaskRabbit. The online delivery, repair and moving services site found that New York was the No. 1 city for move-ins, followed by L.A. as second.

And, all that worrying Manhattan sublease space is slowly coming down from the peak of the pandemic, too.

This is all very good for the New York office market. The refinancings of some prominent office properties are coming fast and furious now, like One Soho Square, which just got $900 million from Goldman Sachs, Bank of Montreal and Deutsche Bank. (It almost makes you forget about the $130 million CMBS loan for Cohen Brothers’ International Plaza that was sent into special servicing.)

The only thing left for the tenants is to figure out which of their workers is vaccinated when they come back to the office.

Silverstein is likewise looking well beyond its home turf. Michael May, president of Silverstein Capital Partners, sat down with CO to discuss the firm’s strategy on the West Coast and beyond.

Just one word of advice: When these bigwigs start scooping up property, they should pay attention to the artwork associated with the building. It’s important!

If you’re looking to unwind this Sunday….

Well, we wouldn’t advise partaking in any illegal substances. But, heck, cannabis is getting more legal by the day, so, as far as we’re concerned: have at it.

At least it’s getting more legal on a state-by-state basis. (Currently, recreational marijuana is legal in 18 states and the District of Columbia.) The one thing that keeps a lot of people, uh, paranoid about weed is the fact that it stubbornly remains a Schedule I drug and part of the Controlled Substances Act.

But it looks like even that might be changing. Last week, Senate Majority Leader Chuck Schumer unveiled legislation called the Cannabis Administration and Opportunity Act that would decriminalize it on a federal level and establish an interstate system to tax it.

This would be good for a lot of the lenders who are still in the weeds, so to speak, about the legality of putting money behind one of the more lucrative businesses around.