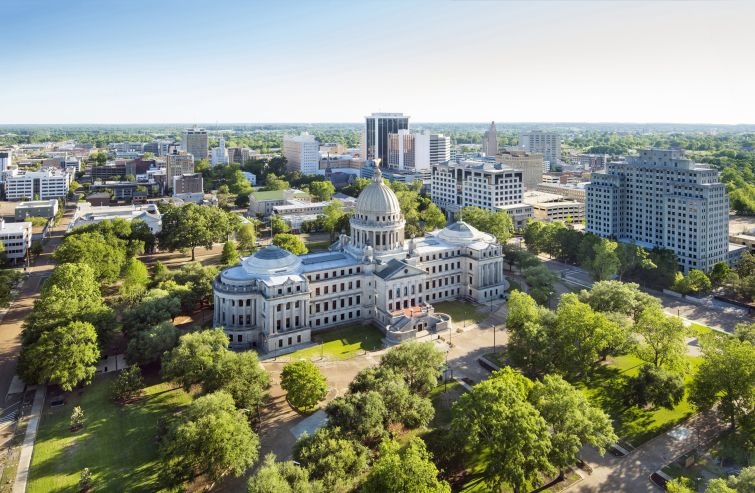 The loan helped fund one deal as part of Kushner’s ongoing push to expand its holdings in the Southeast region of the country.

An official at NYCB confirmed the financing and the bank’s involvement, but did not comment further.

Kushner Companies, a New York-based real estate staple with a portfolio valued at around $15 billion, has been scooping up assets in Mississippi, Virginia and Tennessee over the last several weeks. The company has transacted on about $400 million worth of multifamily real estate in those three states during that period, acquiring about 2,500 apartment units, the company’s President Laurent Morali told The Wall Street Journal earlier this month.

Newmark advised Kushner in the sale and financing for the four Jackson properties, sources said. Jordan Roeschlaub and Dustin Stolly, vice chairmen and co-heads of the firm’s New York-based debt and equity structured finance group, led a team out of New York that included Nick Scribani and Issa Abbassi.

Blake Pera, vice chairman of Newmark’s multifamily capital markets team based out of Memphis, Tenn., was joined by Tommy Bronson III, Bo Flurry and Gray Fiser in representing the seller in the deal.

A lack of opportunity has forced Kushner Companies to look elsewhere for investment properties, Morali told WSJ. Apartments in the Southeast are an especially attractive prospect, given the resilience of the asset class through COVID-19, the demand for rental housing, and also the ongoing growth of the region since the pandemic.

Kushner was drawn to Jackson, in particular, because it sees strong growth in the area’s economy, due to its employment drivers, like the state government and Nissan, according to Morali. Nissan has operated a plant near Mississippi’s state capital for nearly two decades.

This story was updated to include that Meridian Capital Group worked with NYCB to arrange the financing.