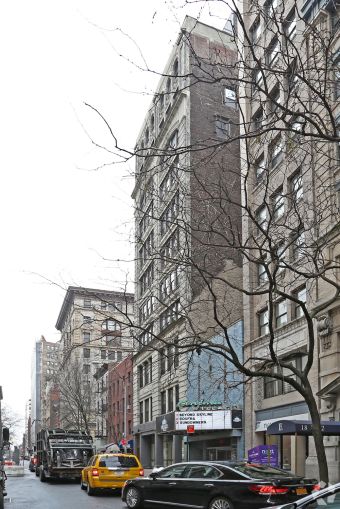 IBM will ditch its office at 88 University Place — which it has occupied for three years for its marketing division — after Labor Day and already gave notice to WeWork it was leaving, Business Insider reported.

“The company continually looks at our real estate to ensure it services the needs of IBMers and how we serve our clients,” Doug Shelton, a spokesman for IBM, said in a statement. “WeWork was a terrific partner and we’re very grateful for the WeWork staff at 88 University, who served us during our tenure at that site.”

A spokesman for WeWork did not immediately respond to requests for comment.

Former WeWork CEO Adam Neumann owns a 50 percent stake in the 11-story 88 University Place and was one of several buildings owned by Neumann that WeWork leased space in, The Wall Street Journal reported. The New York Attorney General is reportedly investigating if Neumann engaged in self-dealing by leasing properties in his portfolio to WeWork, The Guardian reported.

IBM — which recently announced it would lay off thousands of workers — told Business Insider that ditching the WeWork space had nothing to do with the job cuts or the coronavirus pandemic but was “about making structural changes for IBM’s long-term competitiveness.” The company will still lease space from WeWork in cities like Chicago and London.

The coronavirus pandemic created a global work from home experiment and has companies planning to extend remote work and reassess their office footprint.

A survey of more than 500 founders of venture-backed companies recently released found that 66 percent of them are considering downsizing or eliminating their office altogether while 71 percent will continue to let their employees work from home even after offices reopen.

Google told its employees to plan to work remotely until 2020 and Twitter said nearly all of its 5,000 workers can do so permanently.  Companies like MasterCard and Morgan Stanley have said they’re looking at potentially downsizing their office footprint post-COVID-19.

Last week, Facebook CEO Mark Zuckerberg announced that his company will have half of its staff work from home full-time in the next five to ten years. (Despite this, Facebook is still closing on a 700,000-square-foot lease for space at Vornado Realty Trust’s Farley Post Office development.)

WeWork has faced a series of setbacks since the coronavirus forced most of its members out of the office and at home. The company came under fire by members for continuing to keep its locations open and charging fees during this time. Some have threatened a class-action lawsuit.

Since the pandemic hit, WeWork started another round of layoffs with more planned for the future.