Jody Durst Talks COVID, the Future of Office, and Inequality 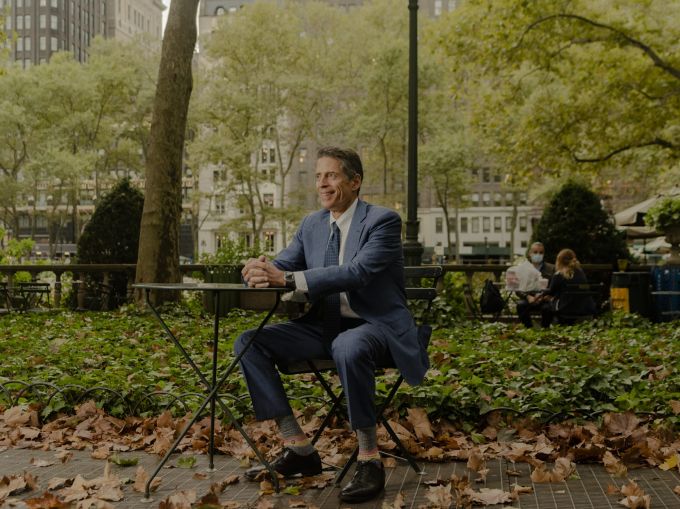 The Durst Organization is old enough to have lived through two pandemics more than 100 years apart.

During the flu pandemic of 1918, founding father Joseph Durst owned a few tenement buildings. Today, the family-owned real estate firm is one of New York’s biggest landlords, with a city-centric portfolio of more than 15 million square feet that includes skyscrapers such as One Bryant Park, One Five One and One World Trade Center.

Like most real estate companies with exposure to Manhattan, the months since the outbreak of the coronavirus pandemic have been fairly grim for Durst, as office tenancy remains below 20 percent in Manhattan, retail takes an extended beating, and a new wave of infections threatens to engulf the city.

That being said, Durst closed a 230,000-square-foot deal with TikTok in Times Square during the early months of the shutdown, bringing some life to the market, and has continued to lease space throughout the following months. Durst is also on track to complete the Sven, a residential property in Long Island City, Queens, and recently landed a contract for a $2.2 billion development in Philadelphia, one of its first forays outside of the tri-state area.

Commercial Observer spoke with Jonathan Durst — whose nickname, “Jody,” is introduction enough in the real estate business — president of the Durst Organization (and one of Joseph’s grandsons), to discuss how he’s been weathering the pandemic, personally and professionally, how the company is adjusting to the demands of the time, and how this crisis has exacerbated existing inequities in the city.

The following is an edited version of the conversation.

Commercial Observer: How have the last eight months been for you?

Jody Durst: When the shutdown first hit, we all retreated to my home in Westchester. There were six of us: my two sons, my wife, and my two sons’ significant others. For a while, it was a real learning experience to figure out a new way of life. My wife kept the house together, and the remaining five of us retreated to our separate corners during the day and did our work. But dinners and weekends were a lot of fun.

On a personal level, if you take everything in totality, it was a real gift for me to be able to spend five months with my sons and their [companions] — one son is married, and one has a longtime girlfriend.

On a professional level — much more difficult. I felt, for the longest time, that I was trying to feel my way through a dark tunnel. And it was very, very hot at times, and very, very cold at times. And trying to figure out how to manage and operate a company remotely was a real learning experience, and a lot of creative thought went into it. But we came back out of it. We started coming back into the office in the middle of July, and we went to an A/B scenario, where essentially half the employees alternated weekly.

There were certainly issues or concerns about transportation, child care, and either pre-existing conditions or elderly people in people’s homes. But, for the most part, we were able to work our way through those issues.

The Durst Organization has been around since 1915, so you already made it through the pandemic in 1918. I’m not sure what Durst was doing then, but I’m assuming they didn’t own very large office buildings in Manhattan, so it might have affected them differently.

A lot of tenement buildings is what we owned.

Do you own anything now that you owned from the beginning that you’ve never sold?

So, in those early years, the answer is no. But we’ve made a concerted effort to not sell what we’ve built. And, so, we’ve been probably 95 percent successful on that philosophy of never selling what you build.

Why not? What’s the reasoning behind that philosophy?

[Durst’s communications head, Jordan Barowitz, chimed in with an answer.]

Did you hear that? Jordan said “emotion.” Yeah, you put a lot of blood, sweat and tears into it. And, so, there’s also an adage around here: Never, never fall in love with bricks and mortar. But we do, all the time.

Hard advice to keep, I guess. What was the first thing that Durst built?

That leads us straight to our next question, which is, obviously, top of mind for people these days, which is the office and the future of work. On the one hand, Durst closed the TikTok lease, and you’ve announced some renewals — but with your large portfolio in Midtown, can you tell us where you think the office market is heading at the moment, and what we’re facing going forward?

There’s a case being made that companies can have a significant percentage of employees working from home. I think, in some cases, that’s true from what I understand, [but] a lot of people prefer to be working in an office setting. It breeds creativity and thought. But I think the office environment will change.

I think people who want to come back to the office also want a little bit more space between themselves and others. So, I think, probably, workstations that have long, long, long tables, and people sitting right next to each other are probably going to go by the wayside — and probably more landscape furniture and a little bit more separation.

Last year, the story of the year was WeWork, or flexible office space. With COVID, some people are saying that flexible is on the up, because so many people are shifting their office needs, and offices will be more distributed. And, on the other hand, there’s people using less office space, overall. You have invested in Convene and have your own flexible product, Durst Ready. So, what role does flexible play in your office strategy moving forward?

I think it plays a big role in that the less-established companies want that flexibility to grow or shrink, because they don’t know what’s going to happen with their company. And they don’t know what’s going to happen with the industry in general. So, we are placing a lot of effort in prebuilt offices. And we make a distinction between pre-built and Durst Ready, [which] is exactly what it says. People can move in the next day with phones and internet, etc., where a prebuilt allows the tenant to customize some of the final aspects of their installation.

In terms of leasing, are you seeing any kind of change? Not only at the moment, but trends that you think might extend beyond COVID?

Yeah, for the prebuilt and Durst Ready spaces, we’re very sympathetic and flexible. We’re making leases for three years, five years, which is a big departure for us. Normally, 10 years is the shortest length of lease that we’re kind of accustomed to. And, then, with some of our retail leases, particularly restaurants, the structure of the lease is very different. It’s based on either gross or net revenues, instead of per square foot.

And is that an emergency measure? Do you see that continuing into the future?

I think that’s going to continue into the future, particularly for retail.

Lease structures were trending to a different means and methods, but I think the virus has really accelerated that. It has also accelerated the adjustment of rents themselves.

And, by rents, you mean office? Retail? Both? Residential?

Both, yeah. Actually, I think all, right. I think there’s a major adjustment happening. Depending on whether you’re a landlord or a tenant, it’s good or bad.

Are there areas of technology that you are investing in, or looking to invest in, that you think are crucial to changing the industry?

We’re investing heavily in electronic security, to be honest. It’s not very glamorous, but it is a necessity these days, where there are all kinds of forces on the outside and we have to keep our information and premises secured.

We’re also trying to increase convenience for tenants, such as access to the lobby, etc. We’re trying to make it touch-free, I guess, is a good way of putting it.

Durst recently landed a contract in Philadelphia for a large development along the Delaware River, known as Penn’s Landing, that will include 12 buildings across two sites. Is this your first property in Philadelphia?

It’s our third property, but they’re all very recent. We’re very attracted to Philadelphia, at this point, seems like a very vivacious city. And they’ve welcomed us. And so, we’re looking forward to doing some very interesting projects. They’re mixed-use, some residential, some commercial.

All three of the properties are around the Delaware River, and the one you’re referring to is sort of in two components. There’s going to be a low-rise component that’s adjacent to a harbor; and then, there is a more high-rise, larger component that will be hotel, residential and, probably, an office building.

Is this your first market outside the tri-state area?

So, the big step?

As you alluded to before, with the rent adjustments, I know that a lot of people in real estate are very optimistic all the time, but I think we all recognize that we’re in for a challenge. What do you think is needed from the industry, from city leaders, to face this challenge and bring about a recovery?

[What we need] is a realistic attitude that there needed to be a market reset, and a value placed on tenants coming in the market, [along with] flexibility to address new concerns that tenants have, if and when they come back.

It’s going to be a tenant market. And so, landlords are going to have to listen more than they have in the past to what’s being asked, and what’s reasonable.

Looking back again at the last eight months, other than spending time with your family, is there anything you’ve done that you wouldn’t have otherwise? Or any life lessons or fun hobbies that you picked up? Or maybe you were busier than usual with work?

I’m definitely busier than usual, trying to figure out life. But I think that both the virus and the social unrest that’s going on has made me much more keenly aware — on a city, state and country level — of the divide between the haves and have-nots. I think we, on a personal level and on a corporate level, we have to do more to establish equity.

Is there anything that you personally, or the organization, has been doing or is doing well, due to that?

When the virus first hit, we donated a significant amount of money to those workers, to undocumented workers, that weren’t going to get a check from the federal government. And then there were the natural disasters and we, again, contributed a significant amount. It just seems like the natural disasters … they’re happening every month. People who were the victims are left with very, very little, if anything.

What brought home for you the divide between the haves and have-nots?

As I said, we’ve been coming back into the office since the middle of July. And it was very apparent that a tremendous percentage of the country was unemployed. That was a really eye-opening experience for me, considering what people have to deal with while they’re trying to protect themselves from the virus; they were trying to feed their family, and they didn’t have any money coming in.

It just means one more thing on his plate. I think he’s going to be busier with that. And so I think probably the rest of us will be busier in the office because of it.