TikTok Taking 232K-SF in Durst’s One Five One 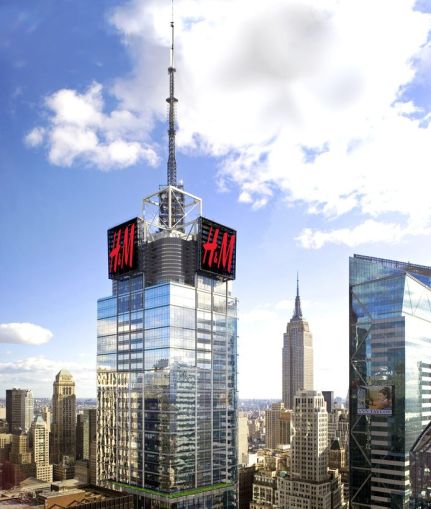 One Five One. Photo: Courtesy of Costar Group

Times Square has no tourists right now, but it will soon have TikTok.

The insanely popular video-sharing app’s parent company has signed a 10-year lease for 232,000 square feet at the Durst Organization’s One Five One, the 48-story tower formerly known as Four Times Square, Commercial Observer has learned.

The deal is a surprise blockbuster amidst the pandemic real estate freeze and represents a remarkable vote of confidence in the city. No sizable leases, reaching into the six digits, have been completed in Manhattan since the onset of the crisis in February, although a 740,000 square-footer is pending for Facebook at the Farley Post Office complex.

Although TikTok and Durst signed the lease last week, according to sources, the transaction isn’t complete until a sign-off by lenders – a technicality that’s expected to be done in a week or two. Credit won’t likely be an issue as TikTok’s parent, Beijing-based  digital conglomerate Byte Dance, has an estimated market value of $78 billion.

Terms were not available. Asking rents for the Skadden floors ranged from $105 to $135 per square foot. The negotiations were kept under tight wraps.

“TikTok started looking last year,” a source said. “Their requirement grew from 50,000 square feet to a lot more. They checked out several other locations including at the World Trade Center.”

TikTok has been downloaded more than 1.5 billion times globally and is estimated to have 60 million monthly users in the U.S. The 60-second video sharing platform has been called the “defining social media app of Generation Z” and is growing exponentially in popularity in the US despite concerns by some legislators about possible Chinese government censorship and data-sharing.  Tom Brady and Gisele Bundchen used it last week to post a funny video of themselves discussing the secrets of their marriage.

TikTok has about 400 US employees, most in Culver City, Calif. Its expansion into Manhattan, where it had only a small office, is a big step forward for the company.  ByteDance is in the process of gradually moving its “center of power” away from China, Reuters reported this week.

Durst’s game-changing tower opened in 1999 as the first of four new commercial skyscrapers at “The Crossroads of the World.” Original anchor tenant Conde Nast moved to the World Trade Center and the second-largest tenant, law firm Skadden Arps, is moving to One Manhattan West.

A $150 million capital improvements program – including a 46,000 amenity floor with a Charlie Palmer-curated food hall – helped lure new tenants including ICAP, BMO Capital Markets, RSM, Next, and Ampersand. Also, Nasdaq, which has its famous Market Site showroom at the corner of Seventh Avenue and West 43d Street, expanded its office space.

UPDATE: This story has been updated since publication to include the length of TikTok’s new lease.