Sunday Summary: The Death of a Giant 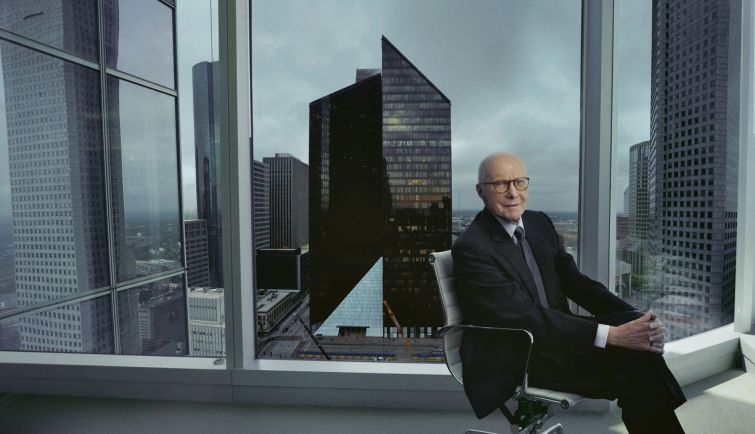 In 1957, a young man from Indiana with a degree in mechanical engineering opened a one-man real estate office in downtown Houston.

The seed that Gerald Hines planted there would sprout into a $144 billion colossus with 4,800 employees and 907 projects in 25 countries.

Hines, who died on Aug. 23 at home at the age of 95, was still actively involved in the projects that his eponymous firm was building, and the firm seemed to be more active in Gotham in recent years than ever before.

“I think he was very proud of being a New York developer,” Tommy Craig, Hines’ senior managing director of its New York office, told Commercial Observer. “It meant something to him.”

In the last couple of years, Hines bought an ownership stake in One Vanderbilt, the 1.6 million-square-foot office project that is one of the most prominent new developments in the city, as well as purchasing a 49.5 percent stake in One Madison and managing Trinity Church Wall Street’s Hudson Square portfolio.

It was not a wonderful week in general for the real estate market. One of the truly storied brands in retail gave up the ghost when Lord & Taylor announced that it was closing its remaining stores and going out of business. While the company claimed it’s still looking for a buyer, it has begun liquidating its merchandise.

This was a long time coming for Lord & Taylor. After several trades, Hudson Bay Company purchased the retailer in 2012, investing $427 million to pay off its debts, but it was still forced to close more than a fifth of its stores in 2018. Its flagship at 424 Fifth Avenue was sold off to Rhône Capital and WeWork for $850 million last year. When the brand was sold to its most recent owner, clothing rental startup Le Tote for $100 million, one retail consultant said that the price would have been considered “laughable” a decade earlier.

And, just in case you had any illusions that there would be a quick and painless return to normalcy, two more surveys came out this week with disheartening news:

A recent analysis by Cushman & Wakefield’s Kevin Thorpe said that the U.S. office market would not fully recover from the effects of the coronavirus until at the earliest 2022. Vacancy is expected to top out in mid-2022 at 18 percent. And price erosion in some of the big cities is a real worry. We’ve already started to see the first signs of it this week when American Realty Advisors ate an $11 million loss on their luxury rental 111 Kent in Williamsburg. (Oh, and, just in case you missed it, your office is probably not returning until after Labor Day. But you probably knew that already.)

It’s Not All Bad

One thing that can probably cheer up landlords and brokers: the youngins are apparently sick of WFH. A survey from C&W found that 70 percent of Gen Z and 69 percent of millennials reported problems with working from home. (The reason? They might not have as comfy a setup as those spoiled baby boomers, only 55 percent of whom reported dissatisfaction.)

And CIM Group scored one of the biggest deals of 2020 for the Washington, D.C., area when it purchased Southern Towers, a 2,311-apartment complex in Alexandria, Va., for $506 million from a joint venture of Snell Properties and Caruthers Properties. (While Caruthers was selling, it was also buying, picking up an Arlington, Va., property, Pike 3400, for $107 million.)

At least one major real estate player is looking to slim down its portfolio. We’re talking about the United States Post Office.

The independent agency has been the subject of quite a bit of back-and-forth between Republicans and Democrats over the past few weeks thanks to the large role it will likely play in the November election and the changes that Postmaster General Louis DeJoy instituted, which were, uh, interestingly timed.

But the fact remains that the USPS is one of the biggest real estate holders in the nation with some 8,393 properties consisting of 193 million square feet of space. This week Commercial Observer took a dive into what it owns and what it’s trying to sell.

The other big thing that has been on everybody’s mind has been schools. Parents have waited nervously for their opening, but what is that going to look like in terms of usage of space?

CO waded into these waters with a look at the satellite classrooms and reconfigurations that are awaiting us in the very, very near future.