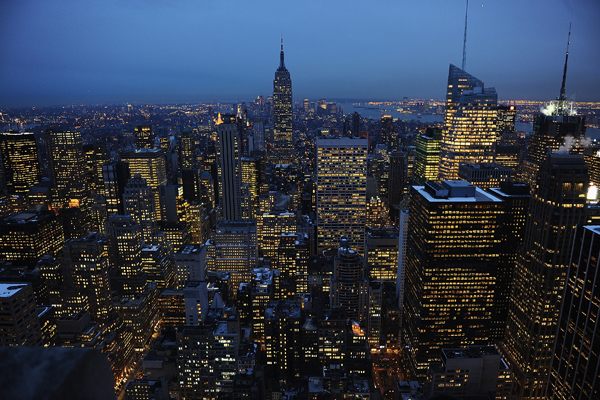 The U.S. office market is unlikely to recover from the effects of the novel coronavirus pandemic until late 2022 at the earliest. That is according to a recent analysis from Kevin Thorpe, Cushman & Wakefield‘s chief economist.

The office vacancy rate is expected to top out at 18 percent in mid-2022, Thorpe said. It was 13 percent coming into 2020, and much lower in major markets such as New York and D.C. In the meantime, though, the higher vacancy rate will put downward pressure on rents. Thorpe anticipates asking rents nationally to drop by 10 to 15 percent between now and mid-2022.

After that point, however, things start to look rosier—or at least more like normal. In the second half of 2022, in fact, demand for office space should once again turn positive and vacancy start to drop. The pandemic is delaying such a recovery 12 to 18 months.

It’s not just that by late 2022 the coronavirus could be a contained public health threat. The office market also has a larger trend going for it. Business sectors that traditionally use more office space have been increasing as a share of the U.S. labor market for decades.

“That trend started well before the pandemic, and it partly explains why the office sector has been growing at an accelerating rate, generally speaking, for the past 50 plus years,” Thorpe writes.

In 1950, for instance, U.S. office-using employment was 14 percent of non-farm employment. Forty years later, it was 18 percent, and it stood at 22 percent by the end of 2019. Factor in government and medical office use, and the share is even higher, Thorpe notes.

“Over the next 10 years, one-quarter of all jobs are expected to be office-using, implying that these industries will continue to account for a disproportionate share of future job gains,” he writes. “That means office has a very strong structural engine powering demand for space.”

In the meantime, though, things are unmistakably bleak for many commercial real estate landlords and leasing brokers. Major industries such as law and finance are paring their office use, sometimes long-term (and they were mulling such moves before the pandemic in some cases). And entire urban ecosystems are struggling to survive. Then again, some office-using industries, including tech and life sciences, are doing just dandy.

Also, Thorpe’s assumption of a full recovery in late 2022 hinges on factors such as overall economic and population growth and growth in non-farm employment. It also hinges on businesses opting for physical offices over remote work, not a sure bet yet.