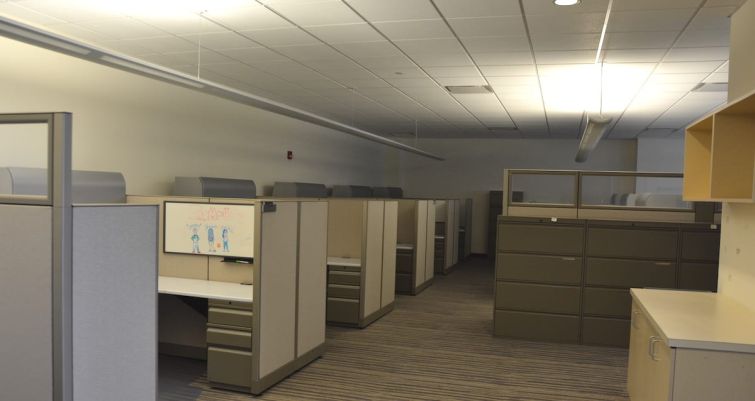 Some 57 percent of 15 major companies surveyed in August, which together employ about 2.6 million people in the U.S., have decided to postpone plans to return to the office after Labor Day on September 7. These companies—and others—are instead extending the time employees will work remotely and further casting into doubt the future of the office-leasing market.

The Wall Street Journal reported the results of the survey from Pacific Business Group of Health over the weekend. Its members include Wells Fargo, Boeing, Lowe’s, Salesforce.com, Chevron, Cisco, Tesla, Walmart, Costco and Microsoft. All apparently had plans to bring employees back to the office post-Labor Day, the traditional end of summer—and a day that is just four short of the six-month anniversary of the World Health Organization declaring the novel coronavirus a pandemic.

In addition to the 57 percent of companies postponing plans, nearly half also said they were instituting additional safety measures for when they return. At the same time, these and other companies appear to be awaiting federal legislation that would guarantee legal immunity for employers whose workers are exposed to the coronavirus on the job, the WSJ reported.

And the uncertainty over whether the nation’s schools will reopen, or stay open, or both clouds the picture for parents who might be unable to return to the office regardless of safety measures or employer mandates.

Meanwhile, the commercial real estate market continues to shift and shuffle to respond to such eventualities. The volume of new office leases has tanked since the pandemic’s start in many markets, including New York and D.C., and some major office users—including banks and law firms—have openly talked of shedding space in favor of more remote work. They talk of the cost savings inherent in such a move as well as the popularity of remote work (though the universality of that popularity is debatable).

Still, while the Pacific Business Group of Health survey shows a reticence from some big employers about bringing workers back after Labor Day, other recent surveys show that certain industries are so done with the emote work thing. A survey from architecture and design firm Gensler released earlier this month showed that the vast majority of lawyers in the U.S. want to work mostly in the office for most of the workweek, for instance.

Then there are the office-based jobs that workers can’t really do remotely. That helped explain the growth of the life sciences industry’s commercial real estate presence prior to the pandemic, and it goes a long way toward explaining its resiliency now.

Plus, technology companies—including those in e-commerce, which has understandably boomed during the pandemic—have been gobbling more office space. Witness Facebook’s lease of the Farley Post Office site in Manhattan and Amazon’s announcement that it was hiring thousands nationwide for office-based work, including in the old Lord & Taylor building on Manhattan’s Fifth Avenue. What gives?