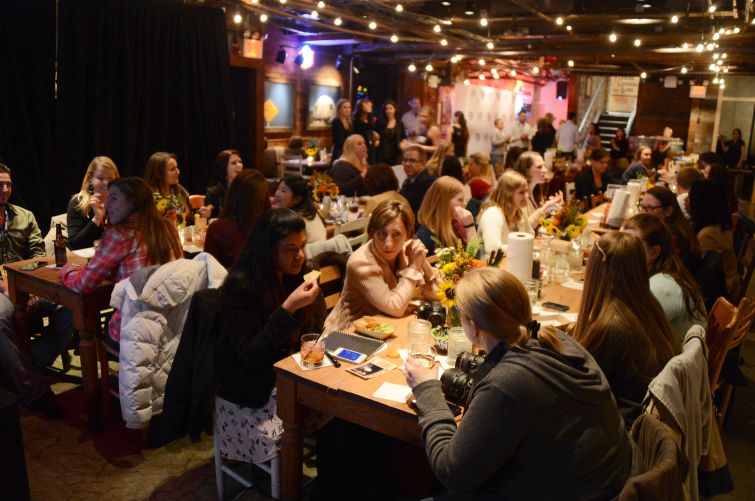 For New Yorkers who like to eat, the last few months have felt like a waking nightmare. Every day a beloved favorite announces that the pandemic has battered them too badly and they must close: Charlie Palmer’s Aureole; Soho’s seafood go-to Aquagrill; John Fraser’s Michelin-starred ode to vegetables, Nix… there are so many others. (Eater has a running tally if you’re ever feeling masochistic.)

That’s why we felt somewhat good when we learned that Hill Country, the massive Texas barbecue palace, reupped for a 12-year lease at 30 West 26th Street in Chelsea.

And for the fine dining gurus, the great Daniel Boulud opened his flagship, Daniel, as a bistro last week. Plus, we learned that Boulud is running a seasonal restaurant in the Berkshires at boutique hotel Blantyre.

That should fortify you for the rest of the news because …

Otherwise, It Was a Fairly Cruddy Week For Retail

One of the most iconic names in men’s fashion, Brooks Brothers, succumbed to the inevitable and filed for Chapter 11.

And another iconic clothier, the Gap, found itself entangled in a $10 million lawsuit with its landlord Westfield over unpaid rent.

But, overall, it’s been as bad a run for retail as any other real estate bucket out there. And those who were shrewd enough to see it have begun cashing in. This week CO looked at those who had shorted mall debt by investing in the CMBX, a synthetic index of credit default swaps. They’ve done extremely well.

While the words “escaping bankruptcy” might have some back-handed connotations, that’s what AMC could boast about this week. The movie chain is reportedly close to striking a deal with private equity firm Silver Lake Group to get them out of their coronavirus-related woes, and apparently counterproposals are being waved around by other parties on AMC’s board.

It Was a Cruddy Week for New York Investment Sales

Well, make that a cruddy quarter. In his column for CO, JLL’s esteemed Robert Knakal sifted through the secord-quarter numbers this week, and they were as one might expect from a market in deep freeze:

The market had been in correction since 2015, as per Knakal, but Manhattan saw just $1.28 billion worth of sales volume last quarter. That’s the lowest figure we’ve seen since the last quarter of 2009, deep in the throes of the Great Recession.

You know the old political wisdom about purging our nation’s capital of its most unsavory elements? (“Throw the bums out!”) Actually, that raises the practical question of who will take the bums’ place?

Because the vacancy rate in Washington, D.C., is up to an unnerving 14.5 percent, according to a new market report from JLL.

Although, in fairness, there were some good things in D.C. real estate news (or D.C. area); namely, BPG bought an $80 million Baltimore hotel portfolio. Black Creek Group picked up a 90,000-square-foot industrial property in Springfield, Va., for $52.7 million. And the Treasury Inspector General for Tax Administration took 38,000 square feet at 370 L’Enfant Promenade.

Let’s Not Even Talk About L.A.

The less said about this topic, the better.

The gloom and doom was bad, true, but there were some other positive things to report. Cushman & Wakefield installed Andrew McDonald as its new CEO of the Americas, replacing Shawn Mobley.

And while most have shied away from doing anything big during as volatile a time as this, the stormy weather apparently doesn’t bother king of Detroit, Dan Gilbert. The Cavaliers owner’s Quicken Loans filed for an IPO last week.

And, while we’re talking about the industry, we took some time this week to note that banks have been a lot better fortified against the economic collapse than alternative lenders. (And certainly better protected than they were back in 2008.) Why was this? Well, you’re just going to have to read CO’s article to find out.