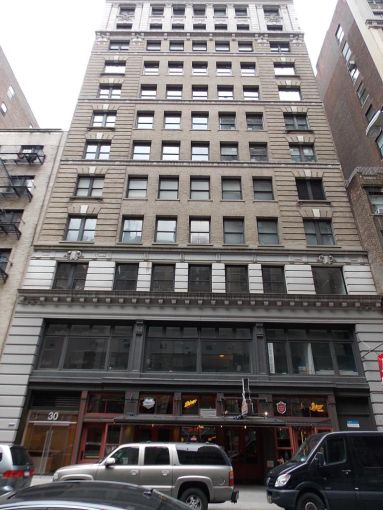 Hill Country signed a 12-year lease for 10,990 square feet at the 12-story building, located between Broadway and Sixth Avenue.

“Hill Country Hospitality has pioneered the restaurant industry in its NoMad neighborhood,” Armano said. “We are pleased to have helped the company achieve its long-term real estate plan and vision.”

The NoMad location, which opened in 2007, was Hill Country’s original New York City location and quickly made a name for itself. The company’s other endeavors were shorter lived. In 2017, Hill Country closed its Brooklyn location and two Hill Country Chicken spinoffs. And in 2019, a food hall in Downtown Brooklyn, called Hill Country Food Park, meant to be the Texas version of Eataly, closed after just six months.

The 98,000-square-foot building was built in 1909 and renovated in 1990, after the Meringoff family acquired it in the eighties, according to property records. Other tenants in the building include a Samsung subsidiary, educational non-profit Pencil, and Himmel + Meringoff’s own headquarters.