Report shows first signs of the devastating blow to the workplace market, with the lowest quarter of leasing activity since the Great Recession

The L.A. Department of Water & Power signed a 132,500-square-foot lease at 233 South Beaudry Avenue in Downtown L.A. in the second quarter this year. photo: Google Maps 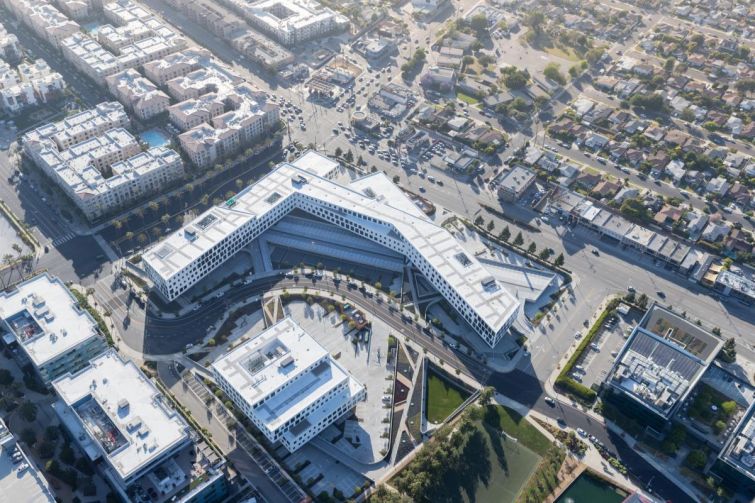 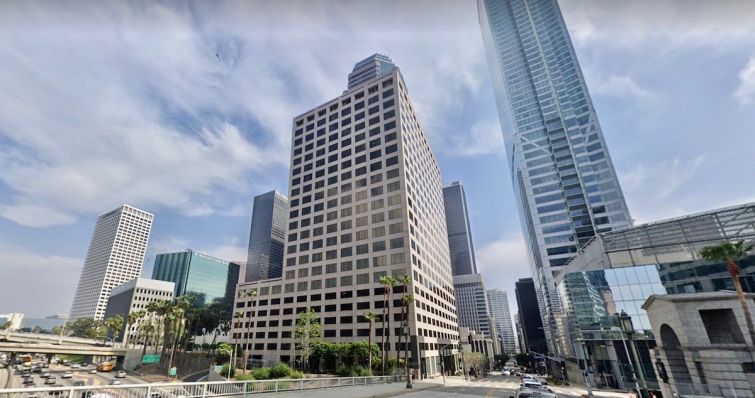 Los Angeles’ office market descended rapidly in the second quarter this year. Leasing activity dropped 52 percent since the first quarter, illustrating the stark effects of the shelter-in-place orders due to the spreading coronavirus.

Compared to the second quarter of 2019, activity was down 65 percent. The economic shutdowns led to the lowest quarter of leasing since the Great Recession, and uncertainty continues to rise, according to a report released this week by Savills.

Most occupiers are putting their real estate decisions on hold, and more effects of the economic shutdowns are likely still to come as coronavirus cases surge in L.A. Also, a handful of the largest transactions recorded in the second quarter had been in negotiations before the pandemic hit. That includes the L.A. Department of Water & Power’s 132,500-square-foot lease at 233 South Beaudry Avenue, and the U.S. Army Corps of Engineers’ 100,000-square-foot renewal at 915 Wilshire Boulevard.

Overall availability hit 18.6 percent in the second quarter, which is unchanged from this time last year. Also, there has not been much change in overall asking rents yet, which remained at $3.64 per square foot per month overall, and $3.82 per square foot for Class A space. But Savills expects availability to further increase and downward repricing will come soon.

While the early impacts of the lockdowns hit the retail and hospitality sector first, the prolonged downturn will “eventually have a more pronounced negative effect on the region’s office market,” according to Savills’ report. L.A. County’s unemployment remains above 20 percent, compared to 4.5 percent this time last year.

Michael Soto, research director of the Southern California region for Savills, told Commercial Observer there’s cautious optimism in the economy slowly improving, but a full recovery depends on the “path of the virus, as well as people being comfortable about going into the office again.”

“As long as that uncertainty remains, expect deal volume to continue to be lower than where it was last year,” he said via email.

Moving forward, Savills said the market will continue to shift in tenants’ favor with repricing, and landlord concessions will be increasingly generous. But with work-from-home policies relaxing, demand is projected to tick up in the second half of the year.

Soto said some negotiations have picked back up the past few weeks with some sectors of the economy reopening.

“There’s been a slight uptick in activity compared to the early weeks of the lockdown in late March and early April, but everyone is still cautious right now,” he said. “Here in L.A., with studio production supposedly restarting, there’s been activity again in the entertainment and media sector as some firms look to get out ahead.”

Other notable leases this past quarter included Facebook expanding by more than 84,600 square feet at Tishman Speyer‘s campus, The Brickyard, at 12105 West Waterfront Drive; Allen Matkins renewing and expanding by 63,000 square feet on Figueroa Street in Downtown L.A.; and Pillsbury Winthrop Shaw Pittman LLP with 56,840 square feet down the street.

Century City and Santa Monica are the most expensive submarkets at nearly $6 per square foot.