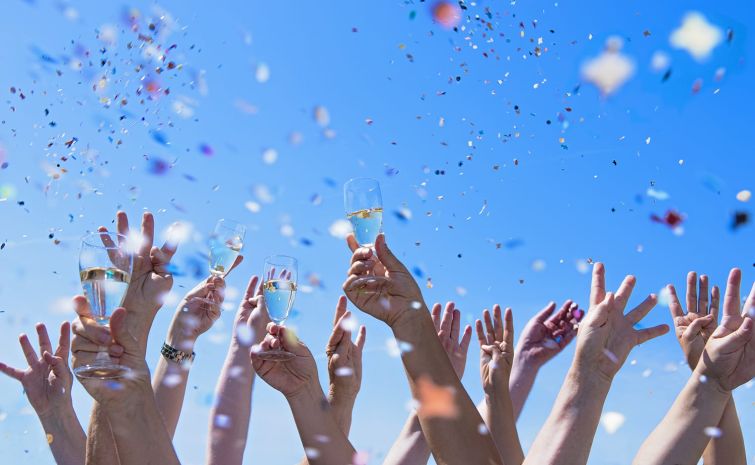 For the first time in a very long time, retailers have not shrieked and put their heads under a blanket every time they turned on the news.

In fact, the industry saw a 17.7 percent spike in sales in May! True, it was well below May sales in 2019, but it was the first report since lockdown procedures had been put in place that there was any positive movement of the market. And for an industry that feels picked on like Piggy in Lord of the Flies, we’ll take the moment to celebrate!

This comes with a little bit of local good and bad leasing news attached.

The bad news is that the Upper East Side’s 55,614-square-foot Barnes & Noble at 150 East 86th Street is permanently closing. While one might expect the publishing industry to be an area that would thrive during a pandemic (what else do we have to do?) your friendly local bookstore had it pretty bad. According to Publishers Weekly, sales dropped in bookstores by 33 percent in March, and sales were down more than 11 percent for the first quarter of 2020.

The good news is that Target is coming to take B&N’s place and Target is taking space at Chetrit Group’s 795 Columbus Avenue. And while the massive U.E.S. B&N is no more, the bookseller announced that they were on the lookout for a smaller Upper East Side location. (We’ll classify that as reasonably good news!)

The pandemic hasn’t been the only thing bookstores have been dealing with; they also have been in a long fight with the e-commerce monster known as Amazon. Amazon had its own share of good and bad news this week.

On the good front, Amazon took 155,700 square feet of the IAC Commerce Center as a distribution hub in Los Angeles. On the bad front, a judge threw out the appeal that the company filed in its $21 million legal tussle with the Durst Organization over violating the terms of a lease agreement at 1133 Avenue of the Americas that never came to fruition.

One of the things that we have spilled a lot of ink over at Commercial Observer during the course of this pandemic and recession is whether or not companies would eschew the fancy Manhattan office of yore.

The recession (which was official as of last week) will mean that a lot of companies will need to be thriftier when it comes to rent. Does the fact that Brooklyn has millions of square feet of available office space that’s considerably cheaper than what you’d find in Hudson Yards or One Vanderbilt make Brooklyn that much more attractive to tenants in the future? Hmm.

We officially landed in Phase 1 of reopening, and that means construction can recommence in full!

But that doesn’t mean that sites went back to pre-March procedures. Timelines have been reset, work schedules rethought and overhauled, and social distancing is being taken seriously. CO looked at week one back on the job and what contractors are doing in the new normal.

On the housing front, the Rent Guidelines Board froze rents at stabilized apartments for the next year, and allowed a 1 percent increase for two year leases. (It hasn’t been a great June for multifamily owners; last week CO found rents declining and the number of new leases signed dropping.)

On the lobbying front, the largest industry lobbyist, the Real Estate Board of New York, had to cut salaries of its top executives and lay off staff. REBNY’s president, James Whelan, took a 33 percent pay cut.

And on the flex office front, Knotel was in the spotlight last week (in a negative way) when Business Insider reported the company lost $49 million amidst the pandemic and another $223 million last year. (Disclosure: Observer Capital, led by Observer Media Chairman and Publisher, Joseph Meyer, is a Knotel investor.)

One of CO’s big signatures is our lists of the most powerful people in a given market, and this week saw our patented 25 Most Powerful People in Washington D.C. Real Estate list!

While we’re speaking of happenings out of town, a lot of California landlords breathed easier when the California State Senate quashed the SB 939 legislation which would have extended the moratorium on evictions of nonprofits and businesses with 500 or fewer employees as well as forcing renegotiations with landlords on leases in the hospitality sector. Deals happened in Cali, too; aside from the Amazon lease, Hines secured $182 million for Intersect, a half million-square-foot creative office campus in Orange County, from MetLife.

And in Florida Loews Miami Beach Hotel got some relief on the $300 million in CMBS loans from their special servicer Rialto Capital Advisors.