Retail Sales Spike by 17.7 Percent in May, But Spending Still Lags Behind Last Year 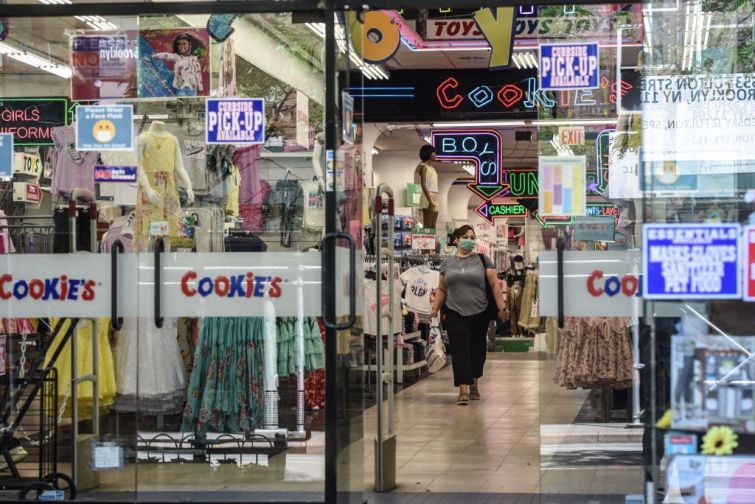 Retail sales in the U.S. increased by 17.7 percent in May, but were still below 2019 numbers. Photo: Stephanie Keith/Getty Images

Retail sales in the United States spiked by 17.8 percent between April and May, a sign that the market is starting to recover after record drops caused by the coronavirus pandemic, according to figures released today by the United States Census Bureau. However, the numbers were still far below spending from the same time last year.

Total retail sales around the county were $485.5 billion in May, an increase from the revised $412.6 billion in April. The positive increase last month was the first time since March — when many of the state’s stay-at-home orders were put into place — sales had an increase, according to the Census Bureau.

However, May’s sales numbers were still 6.1 percent below the figures in May 2019 and retail sales between March to May dropped a whopping 10.5 percent compared to the same time last year, the Census Bureau said.

“All of these kinds of things want to feel like good news,” said retail consultant Kate Newlin. “But it’s down 6.1 percent below May 2019, don’t break out the champagne and noisemakers.”

Newlin added that most retailers tend to compare store health by year-over-year sales, not month-over-month, and the May increase is coming after a “horrible pandemic placed series of months.”

“What it’s telling, if you can bear to know it, is that people are changing their behavior and shopping online,” she said. “They’re not going into physical stores in April and in May.”

Despite sales figures still being down compared to 2019, President Donald Trump took to Twitter this morning to tout May’s retail numbers.

“Wow! May retail sales show biggest one-month increase of ALL TIME, up 17.7%,” Trump tweeted. “Far bigger than projected. Looks like a BIG DAY FOR THE STOCK MARKET, AND JOBS.”

The biggest increase from April to May came from clothing stores, which had an increase of 188 percent after it saw a jaw-dropping nearly 79 percent dip between March and April, according to the Census Bureau. Clothing store sales in May were still down by 42.9 percent compared to 2019.

Other sectors to post huge gains between April and May were furniture stores — which increased by nearly 90 percent — and sporting goods, hobby, musical instruments and book stores, which all together posted an 88.2 percent gain in May.

Emergency measures to halt the spread of the coronavirus caused many retailers to temporarily shutter in late March while shoppers stayed at home and millions of Americans lost their jobs.

March and April saw historic declines in retail sales but experts believed May’s numbers to start improving as many states started to lift coronavirus restrictions and malls and shops reopened.

But while the figures  are on the rise, the two-month loss of sales could be the final nail in the coffin for retailers already struggling to survive what’s been dubbed a “retail apocalypse.”

Home-decor retailer Pier 1 Imports announced in May that it will go out of business and permanently shutter its nearly 540 stores around the country. And even companies able to keep many of its locations open during the pandemic are feeling the pain.

Coffee giant Starbucks plans to close 400 of its nearly 15,000 stores as it switches its focus on to-go orders and expects to lose $3.2 billion in revenue during its third quarter, which ends in June.