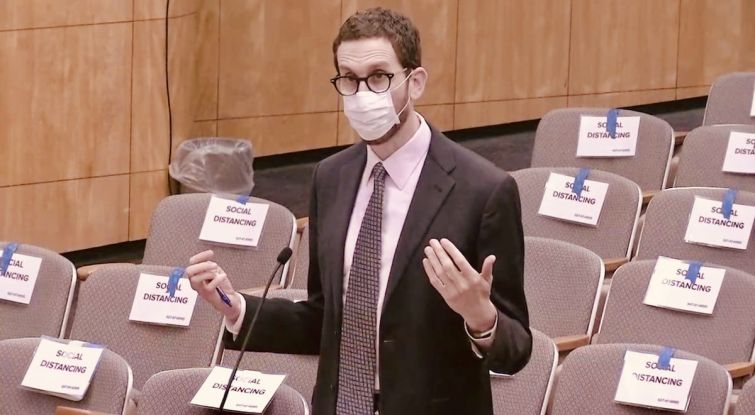 Senator Scott Wiener, above, and Senator Lena Gonzalez said the Legislature “missed a major opportunity to throw a lifeline to small businesses and nonprofits" after the defeat of SB 939. PHOTO: SENATE.CA.GOV 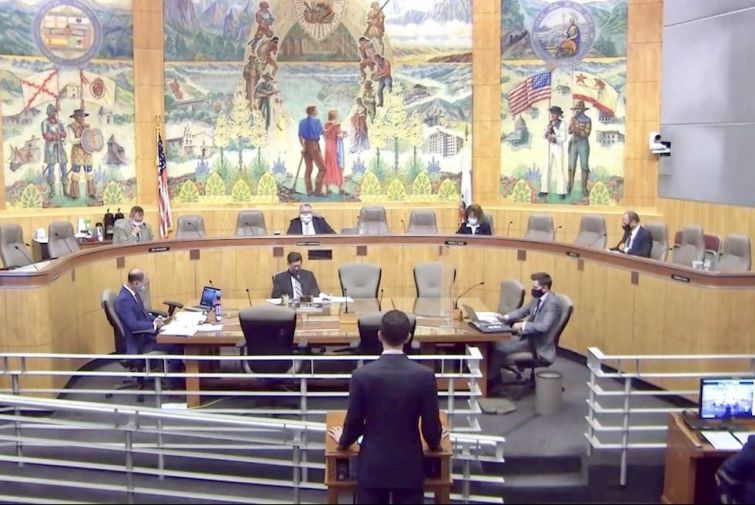 The senate appropriations committee did not pass Senate Bill 939, despite recent changes made by its authors, Senator Scott Wiener and Senator Lena Gonzalez. PHOTO: SENATE.CA.GOV
Previous Next

A contentious bill to extend California’s eviction moratorium and allow some tenants to trigger lease renegotiations was defeated Friday, with commercial landlords throughout California breathing a sigh of relief.

Senate Bill 939 did not pass the senate appropriations committee despite recent changes made by its authors, Senator Scott Wiener and Senator Lena Gonzalez, which included limiting the moratorium length, requiring at least 25 percent of rent from tenants, and eliminating the provision that would have allowed tenants to break the lease if a new one was not agreed upon within 30 days.

The bill would have enacted a moratorium on commercial evictions for businesses and nonprofits with 500 or fewer employees that cannot pay rent due to the coronavirus state of emergency. SB 939 would have also allowed tenants in the hospitality sector to trigger renegotiations with landlords and modify existing leases if they lost more than 40 percent of their revenue, or if they operate at 25-percent reduced capacity due to extended social distancing requirements.

Wiener and Gonzalez introduced the bill in hopes of preventing the potential for widespread closures of restaurants, cafes, bars, entertainment venues, and other businesses most affected by the economic shutdowns. In a joint statement Friday, the senators said the Legislature “missed a major opportunity to throw a lifeline to small businesses and nonprofits by helping them survive the COVID-19 economic collapse.”

“California faces the very real prospect of a mass extinction event for small businesses and nonprofits — a result that will undermine our economic recovery and inflict countless boarded up storefronts on our neighborhoods,” the statement read. “SB 939 was a good faith effort to help them survive. The Legislature and Governor (Gavin Newsom) have a responsibility to take affirmative steps to help our small businesses and nonprofits.”

“If SB 939 isn’t the answer, then we need to come up with other answers. Inaction simply isn’t tenable, given the consequences we face. We will continue to do everything in our power to step up for these economic engines.”

SB 939 was met with widespread opposition from land use attorneys and landlord associations, who criticized the proposal for putting the onus on landlords to take the financial liability for the economic downturn. Steven J. Lurie, partner with Greenberg Glusker, told Commercial Observer that his clients, as well as attorneys he knows across the country, “were concerned about it passing,” because policies that start in California sometimes spread in some form to other states.

“The real estate industry in general is relieved that this bill didn’t pass,” he said. “Everyone I’m talking to is relieved, and it’s not just limited to California.

Lurie said it’s hard to believe that landlords are going to want to terminate so many leases to a point where there will be mass vacancies across the landscape.

“Landlords are going to work in their own interests, which is keeping tenants,” he said, adding it’s not beneficial for landlords to deal with vacancies during the downturn.

He said giving tenants such a long period to pay their rent back would have put landlords “under severe distress” and made it too difficult for property owners to make loan payments and property tax payments. He said it would have negatively affected landlords, property owners, lenders, and possibly similar tenants, who become less desirable after a previous tenant broke a lease or waited for the end of the state of emergency to pay back rent.

“You have a contract that parties freely entered into, and then the Legislature’s going in and completely changing the nature of that deal,” he said. “It was just not well-conceived.”

During the committee hearings, Wiener said many good landlords are working with tenants to adjust their rent. But he said SB 939 was needed because “tragically, many landlords are not,” and they have heard “horror stories” from small businesses who deny granting rent reductions, and threaten late fees and eviction.

Caitlin Meade and Nicole Fish and, founders of a casual restaurant in San Francisco called Native Co. said their business of eight years has crumbled since shelter-in-place orders were enacted.

“We were shocked to receive a notice imposing a 10 percent late fee and also a reminder of their rights to begin legal proceedings against us at their earliest convenience,” Fish said during the committee hearing.

Wiener said SB 939 is the only small business eviction protection bill pending in the Legislature.

“We’re unaware of any bill that will address this very, very significant problem facing California,” he said.

This story has been updated to include additional commentary from the bill’s author and supporters, as well as from Greenberg Glusker.