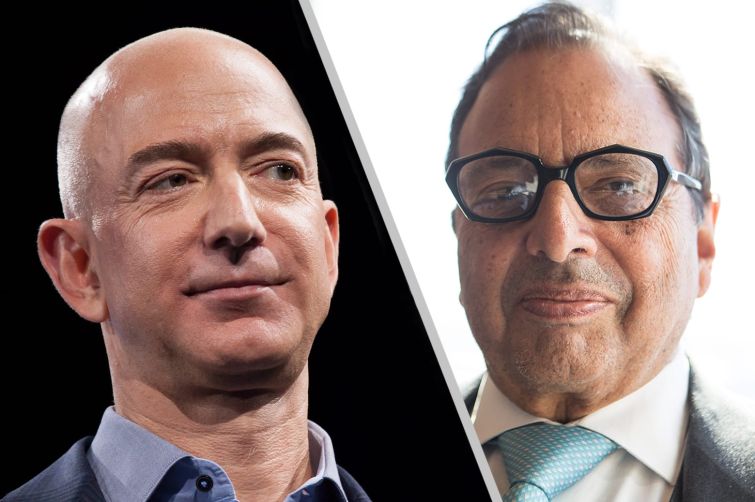 Amazon struck out again trying to wiggle out of ponying up to the Durst Organization for violating terms of  an aborted lease negotiation.

State Supreme Court Judge Jennifer G. Schecter this week rejected Amazon’s partial appeal of her January ruling in Durst’s favor in the case, which has been closely watched in the real estate world for more than five years.

The privately-held development company led by Dourglas Durst is asking over $21 million in damages from Jeff Bezos’ globe-gobbling behemoth. The case next moves on to the damages phase, which might not be heard till early 2021 due to the coronavirus.

It’s the third time the courts have ruled against Amazon, which previously tried various delaying tactics including a rejected motion to move the case to its home city of Seattle.

It all started in July 2014 when Amazon, then in the early stage of its New York expansion, began negotiating with Durst for 310,000 square feet at 1133 Avenue of the Americas. The parties signed a letter of intent which didn’t obligate either side to sign a lease, but forbade Amazon from negotiating with other landlords for as long as the 1133 Avenue of the Americas talks were ongoing.

But even as Amazon brokers continued negotiating the fine points of a lease with Durst they were also secretly talking to Vornado about space at 7 West 34th Street, where Bezos signed a lease in September 2014 — which Amazon didn’t deny.

Durst promptly sued Amazon for its loss of rent income while it kept the Avenue of the Americas space off the market and also redesigned several floors to Amazon’s specifications as a pre-condition of the prospective lease.

In January of this year, Schecter definitively ruled in Durst’s favor. The decision cheered landlords around town who were fed up with Amazon’s bare-knuckles way of doing business.

One anonymously told the New York Post at the time, “It’s murder trying to do a deal with Amazon.”

Amazon was notorious for negotiating down to the wire with several landlords at once. None of the situations led to a lawsuit — until Bezos tangled with Durst.

In the most recent court action, Amazon sought to disallow a part of Schecter’s decision which said Amazon “insisted upon” Durst making alterations to the space after it signed the LOI.

But the judge said there was “ample support” for Durst’s allegation and that  Amazon didn’t try to rebut it.

“Motion is DENIED,” she wrote. Amazon did not immediately responded to requests for comment.

A representative for Durst told CO: “We look forward to the upcoming trial.”