MetLife Investment Management provided the funding for the 452,000-square-foot complex 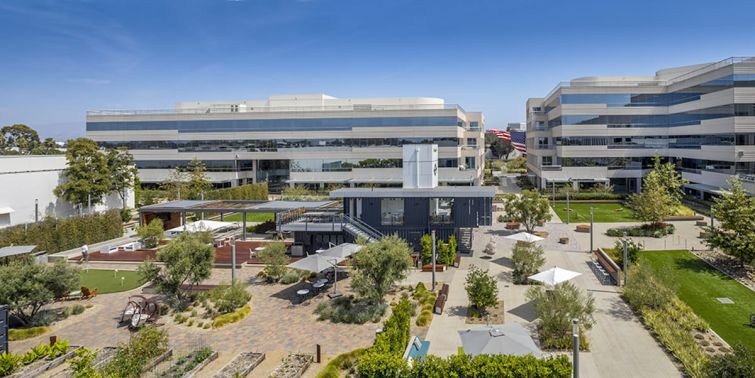 MetLife Investment Management agreed to provide the three-year interest-only financing, according to JLL, which arranged and announced the deal. The loan will fund future leasing and retire the existing $108 million loan, which was provided by New York Life Insurance Company in 2018, according to financing records.

“We are seeing a demand for more low-rise creative office environments with a focus on outdoor amenities, and Intersect’s focus on wellness is a key competitive advantage,” said Tom Lawless, director at Hines, in an email to Commercial Observer. “We are looking for additional other opportunities in Orange County where we can create similarly unique environments.”

Intersect includes four buildings with more than 452,000 square feet of modern office space. The 15-acre site is located at 17875 and 17877 Von Karman Avenue and 17872, and 17838 Gillette Avenue in Irvine. It’s two blocks north of Interstate 405 at the intersection of Main Street and Von Karman Avenue.

The campus features restaurant space, a fitness center, a shipping container beer garden, a coffee shop, a game pavilion, a 40-plus seat stadium-style conference center, and a sports court.

Houston-based Hines is privately owned, and has been involved in prominent projects throughout California. In March, the firm scored the blockbuster $755 million CMBS debt for a 48-story tower in San Francisco. The firm is part of another team with USAA Real Estate and Philena Properties that is currently converting the massive West Edge project on L.A.’s Westside, which calls for 200,000 square feet of creative office space, 600 luxury apartment units, and more. Last October, Hines and Los Angeles-based Oaktree Capital Management sold a 368,000-square-foot portfolio for $41.7 million in the Inland Empire.

Hines is also part of the ownership group of the Century Plaza Towers with J.P. Morgan. The firm has 165 developments currently underway around the world, and approximately $133.3 billion of assets under management.