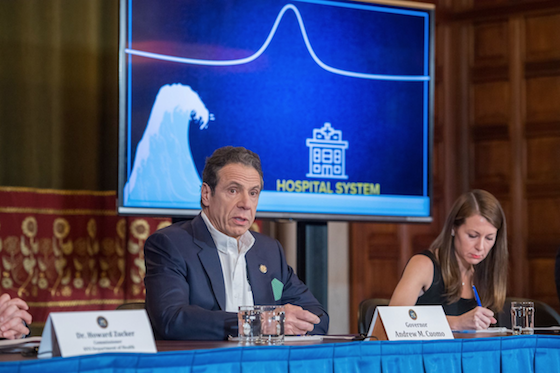 Monday was the day we had long hoped and dreamed about… New York City officially entered the coveted phase one of reopening! Which means we’re still lagging behind the other nine regions of the state, but just remember: you have to crawl before you can walk (and before you can go back to the days of Lower East Side pub crawls.)

On the other side of the country, Los Angeles has gotten far friskier: Movie theaters; sports stadiums; restaurants (oh, thank god!) and gyms are open as of Friday, with the City of Angels moving into the (far superior) third phase of reopening. They’re even going back to making movies! That’s Hollywood, for you. (Not that you should begrudge them for wanting to get back to work; L.A. has lost some 300,000 jobs during the pandemic.)

Still, it’s a pandemic and there’s economic catastrophe out there (not to mention nationwide civil unrest) and that comes with attendant bad news.

It was a bad week overall for anyone who owns multifamily property. The New York rental market continued its ungraceful slide, with the lowest number of leases signed last month in a decade and a 1.8 percent year-over-year decrease in Manhattan rents.

The news was bad for the largest purveyor of coffeehouses in the world (Starbucks). The multibillion dollar international java giant announced it was closing some 400 stores around the country.

It was bad news for WeWork whose survival was deemed “questionable” by DBRS Morningstar in a report. (OK, we’re going to stop saying “it’s a bad week for WeWork.” We’ll just let you know when it’s a good week for WeWork.)

It was a bad week for Audrey Gelman who resigned as CEO from WeWork rival The Wing, the all-women coworking operator, following employee complaints over the company’s mistreatment of minorities.

It was a bad week for cash advance services like Richmond Capital Group, Ram Capital Funding and Viceroy Funding, who found themselves being sued by New York Attorney General Letita James over loaning money at “astronomically high interest rates.”

Finally, it was a very bad week for Taubman Centers. Simon Property Group backed out of a $3.6 billion deal to buy their portfolio of malls nationwide. (Although we will concede that now looks like a much, much worse time for a multibillion dollar merger than February, when the deal was first announced.)

Isn’t There ANY Good News?

There were some notable leases, for one. Amazon picked up a 200,000-square-foot warehouse along the Bronx River which had once been used by their defunct rival Jet.com. The Chicago-based Tempus Labs took 22,700 square feet at RXR’s Helmsley Building and Essex Woodland Healthcare Partners took 7,500 square feet at the firm’s 75 Rockefeller Plaza.

While proptech is not raising the kinds of figures it did last year, Lane, a tenant management startup, closed $10 million in Series A funding.

And while a mall merger might not make sense right now, there are mergers that do. Like, say, Grubhub’s 7.6 billion all-stock deal to combine with the European Just Eat Takeaway. With half the world now turning to takeout, this one makes sense. (No thank you, Uber Eats.)