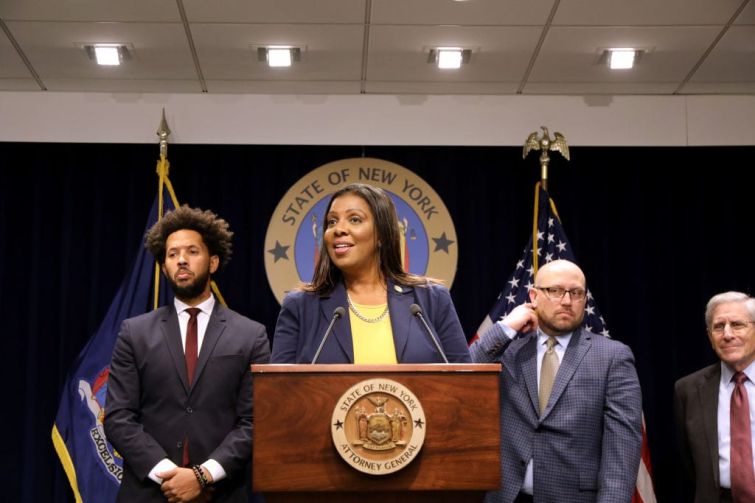 Three companies, Richmond Capital Group, Ram Capital Funding and Viceroy Capital Funding, were named in the lawsuit filed in Manhattan Supreme Court on Wednesday. The suit, which resulted from an 18-month investigation refers to them collectively as “the Richmond Companies.” The attorney general also alleges that Ram and Richmond were “harassing and threatening merchants with violence and legal action, in an attempt to force them to pay off the loans.”

The trio of companies allegedly issued more than 3,000 loans at illegally high interest rates since 2015 and collected $77 million in payments on those loans, according to the attorney general’s office.

Merchant cash advances are essentially payday loans for small businesses that don’t have the capital or credit to secure a traditional small business loan. They are short-term, high-interest loans that businesses repay based on a percentage of their daily credit card payment income.

The state caps the annual interest rate for such loans at 16 percent, and James’ office argues that these companies were charging anywhere from 200 percent to 1000 percent interest. The Richmond Companies would withdraw a fixed amount from a business account daily—from $149 to $14,999—over short repayment periods, often 60 days or less. In one instance, the companies collected repayment on a $10,000 loan by withdrawing $19,990 from a small business’ merchant account over ten days. That works out to a staggering 4,000 percent annual interest rate.

Braun, who works for Richmond Companies, threatened a number of small business owners who informed the lender that they would not be able to make their loan payments, the suit alleges.

He allegedly asked Michael Pennington, the owner of Bionicle Plumbing, “Why don’t you pay me, you redneck piece of shit?” in one phone call. In another, he threatened Pennington, “Be thankful you’re not in New York, because your family would find you floating in the Hudson.”

He also allegedly told the former president of a Jewish religious organization that he would “come down there and beat the shit out of you in 770 Eastern Parkway.”

The attorney general launched an investigation into Braun and his employers after Bloomberg published an expose on him that highlighted his unorthodox collection methods and his record as a convicted marijuana smuggler.

James said in a statement that it was “unconscionable that these modern-day loan sharks not only preyed on hardworking business owners with fake loans, but threatened violence and kidnapping. While small businesses may not always have the tools to protect themselves from unscrupulous actors, my office is determined to use every tool at its disposal to protect small businesses from these illegal fraudsters, and will fight to get every penny back.”