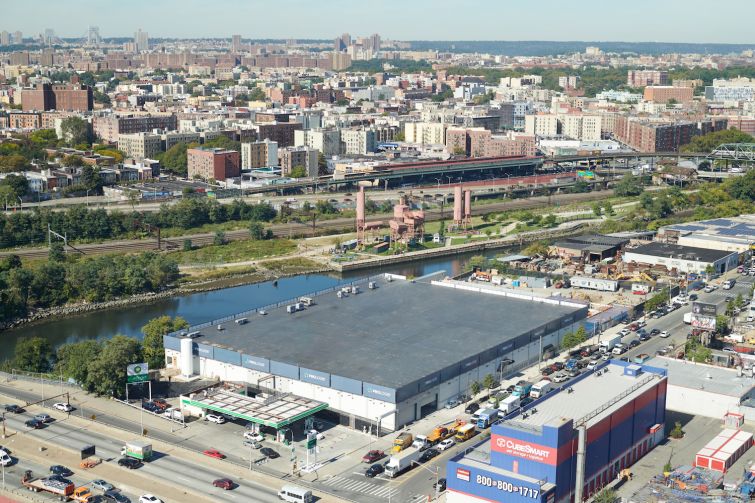 Amazon inked a deal for a 200,000-square-foot Bronx warehouse along the Bronx River formerly home to Jet.com, a failed rival grocery delivery business owned by Walmart, the e-commerce giant confirmed.

The company will take over the entire two-story building at 1055 Bronx River Avenue between the Bruckner Expressway and Watson Avenue in Soundview, Business Insider first reported.

“We are excited to continue our investment in the state of New York with a new delivery station and create hundreds of job opportunities for the talented local workforce,” a spokeswoman for Amazon told Commercial Observer in a statement.

Spokespeople for Amazon and landlord Prologis did not provide terms of the deal, but CoStar Group data shows asking rent was $28 per square foot. Amazon plans to move into the property in November, according to CoStar.

“With next-day delivery increasingly the norm for e-commerce companies, the demand for Last Touch distribution centers has never been higher,” Jesse Harty, Prologis’ senior vice president for New York and New Jersey said in a statement. “Prologis Bronx exemplifies our urban, infill strategy — we successfully redeveloped a property that is located in an area where consumption is rising the fastest and it now serves our customers’ need to reach the end consumer.”

Jet — which Walmart bought for $3.3 billion in 2016 — leased 1055 Bronx River Avenue in 2018 to help break into the New York City market, as CO previously reported. Amazon was also eyeing the space for its grocery business but lost out to Jet.

However, four years after Walmart acquired Jet in an attempt to push back against Amazon’s dominance, Walmart announced it would shut down Jet in May, CNBC reported.

The Bronx’s Soundview neighborhood recently made waves with the opening of a York Studios outpost, with the film and TV production studio located a block south of Amazon’s new warehouse.

CBRE’s Thomas Monahan andJohn Reinersten represented Prologis in the deal, according to CoStar. It’s unclear who brokered the deal for Amazon.

A spokeswoman for CBRE did not immediately respond to a request for comment.