JLL’s Peter Riguardi Has Been on a Nonstop Winning Streak 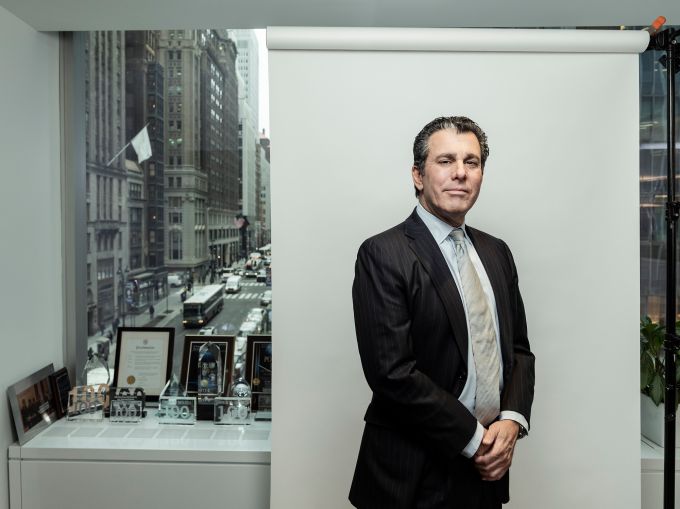 Peter Riguardi has had a very good few years.

In 2016, the president of JLL’s New York region and a team represented BlackRock in its 850,000-square-foot lease—spanning 15 floors—at 50 Hudson Yards. Upon the tower’s completion, the private equity firm will relocate from 55 East 52nd Street. Those don’t come around every day.

But he arguably topped that (square footage-wise, anyway) when he closed out 2018 with Deutsche Bank’s deal for 1.1 million square feet at One Columbus Circle. He and a JLL team negotiated the deal, which gives the bank all of the complex’s available office space except for the building’s 20th floor, and the rights to rename the complex the Deutsche Bank Center.

And today, among other assignments—400,000 square feet for AIG, and finishing up leasing out 28 Liberty Street—Riguardi is leading a team in marketing the office space at 3 Hudson Boulevard, a 2-million-square-foot tower at West 34th Street and 11th Avenue that is being developed by The Moinian Group and Boston Properties.

Beyond his deals, Riguardi oversees the New York region’s 390 agents and brokers. And that bench of talent is responsible for more than 50 percent of the 26 leases greater than 300,000 square feet that have been signed in Manhattan since 2017, according to JLL statistics.

In an interview last week, Riguardi, 57, touted two JLL-favorable figures: “the [JLL] broker-per-head performance average I think is number one in the city,” and “every broker that we’ve brought over from other companies is producing 30 percent better at JLL than their average was at their other firms.”

Riguardi, who’s been married to his high school sweetheart for 34 years and lives in the Flatiron District, followed his late father Edward Riguardi into the business at Williams Real Estate, and after starting their own firm, Colliers ABR (now Colliers International) they both ended up at JLL. Now his four adult sons are in the industry: Nicholas, 24, in JLL’s project development division; Alex, 22, in capital markets at JLL; Edward, 31, in a leasing group at Vornado Realty Trust; and Peter, Jr., 29, running a small real estate business in Williamsburg, Brooklyn.

CO sat down with Riguardi to talk about his success with some of the city’s biggest leasing assignments, why Robert Knakal joined JLL last year and the reason his non-Jewish family kept a mezuzah in its front doorpost.

Commercial Observer: What are some of your recent deal highlights?

Peter Riguardi: Some of the highlights I think are the Deutsche Bank deal. A deal that didn’t get a lot of ink but we’re very proud of is…putting together the J. Crew relocation for the Bank of New York space. [J. Crew is now] at Brookfield Place, and we negotiated a pretty substantial buyout from Vornado [Realty Trust for] J. Crew. We’re also pretty proud of putting together Joe Moinian and Boston Properties [as co-developers] for 3 Hudson Boulevard. Those are all pretty serious iconic transactions.

Tell us about the Deutsche Bank deal at Time Warner Center.

Once Time Warner had made their plans to move to Hudson Yards the partnership led by Related [Companies] at Columbus Circle needed to get an agent. We had not [done] any work with Related [before that]. So this was a project that we had a lot of internal focus on and we were going to will its success. And when Deutsche Bank selected it, it was really a completion of a great, great project, not only representing Deutsche Bank, but being able to see that project get completed for Related and its partners.

How did you win the BlackRock business?

We probably did three interviews to get down to a couple firms and then a couple of interviews after that. And then we were selected. And it was a happy day here.

How has JLL changed since your start there in 2002?

We took a business that I don’t think anyone considered a main street-leading firm and now all of our business lines are really top of the charts whether it’s tenant rep brokerage, agency leasing, corporate services, property management, retail brokerage, investment sales, debt and finance, or project management. We’re doing the biggest projects in all of those categories.

In investment sales, you had a bit of a dip after you lost your top guys a number of years ago [Richard Baxter, Yoron Cohen and Scott Latham left for Colliers in December 2016]. But then you got Robert Knakal last September to lead New York investment sales.

I don’t agree with that statement. I don’t think there was any dip. I think our business was lagging until we got Bob. And so we added Mo Beler and Mo is building a more institutional sales business and Bob is handling mid-market mainstream business. I don’t want to comment on who’s left but I would say this for the record—we’ve never been in the position we are now around investment sales.

Are you guys going to look in the outer boroughs?

Absolutely, we have a team already focused on Brooklyn under Stephen Palmese [who, like Knakal, joined JLL from Cushman & Wakefield in September]. And we’re looking to expand that and already are expanding that in Queens and the Bronx. And Bob has mapped out the island as he did under Massey Knakal [Realty Services, the firm Knakal founded and ran with Paul Massey until it was acquired by C&W in December 2014].

So it’s going to be a territory system?

Yes, for the mid-market and lower[-market] business.

What did it take to woo Bob to JLL?

I don’t know where the other deals were [that he was offered], but I think what it came down to in our mind is—Bob now is at a full-service real estate firm. So Bob now has the ability to interact in all facets of the business, which I think is really exciting for him.

You must have offered him a better signing bonus than the other firms.

How big is the investment sales team now?

What percentage of your job is actually deal-making?

To what do you attribute the success of JLL?

We are trying to run a real estate brokerage business and sales business more like an investment banking business. The client always comes first, JLL comes second and then the individual comes third. That’s the basis of being an investment bank.

You said that brokers are earning 30 percent more on average at JLL than they were at their old firms. Why is that?

I think it’s because number one, to be fair, we’re getting people as their careers are really mature. But two, the investment banking-style access to information [at JLL] is greater than the information that they created themselves at their other organizations. And they are able to leverage that to the advantage of them and their clients.

So you have more information than other firms?

You have to ask them, [but] I’m claiming that the industry is [prone] to having teams and fiefdoms.

And which do you have?

We do not have fiefdoms. We have teams because we believe that every young and middle-range individual needs sort of a daily rabbi session.

I’m practically Jewish. That’s a thing my dad [impressed] upon us is the highest regard for the Jewish people and their faith. We had mezuzahs in our house because the first house my dad bought was from a Jewish family and he left it. And then when he built his house he took it with him. And then he put it back up in the front door.

I could tell you a funny story about that, which is one time there was a Jewish synagogue [group on] a bus that was lost. And they rang our doorbell because they’re like, “You’re Jewish.” I had to explain this story to the rabbi.

What do you think of the Department of State’s ban of real estate salespersons and brokers using corporate titles?

I personally think that the titles in our industry are really inflated. And we are abiding by the rules of the titles [and] are very conscious of it. But in a competitive environment, you know unless CBRE and [Cushman & Wakefield] and Newmark and JLL collaborate on titles, you know we’re gonna have to keep up with the Joneses because our guys have to feel like they have a competitive title with their peers at a Newmark or a CB.

I have a unique compensation in that I get brokerage commissions and I participate in the profit of the tristate business.

What do you make of the mid-sized firm shakeup last year?

I think the industry has further consolidation in it and I think these moves are just natural. I think that it’s hard to beat the firms with the robust platforms and national and international reach. I think you either do that or you’re real small and nimble. The middle seems scary to me.

You’ve been at this game for a while. What’s next for you?

It’s a good question. I really love the business. And you know I think in the earlier stage of my life I kind of thought at this age I might want to retire or do something different. But I did learn from my dad that I thought he retired too young. He was 70 and he was healthy.

Why did he retire too young?

I just feel like there’s a certain amount of vigor and energy that coming to work gives you.

And he lost it?

I think it affected him and I think that I’m good at what I do. It’s probably the best time of my career doing this. So right now I can’t see doing anything else. My sons are around me. My wife doesn’t mind that I’m not home.

Who’s your closest friend in the industry?

Well. Within JLL it’s definitely Steve [Schlegel] and Mitch [Konsker]. And you know outside of JLL, the people that I would count on, look to get advice from would probably Dave Levinson [the chairman and CEO of L&L Holding Company], Bob Alexander [at CBRE], who’s a big competitor, John Powers [at Boston Properties], and Owen Thomas [the CEO of Boston Properties]. Those are the people that I would go to for advice.