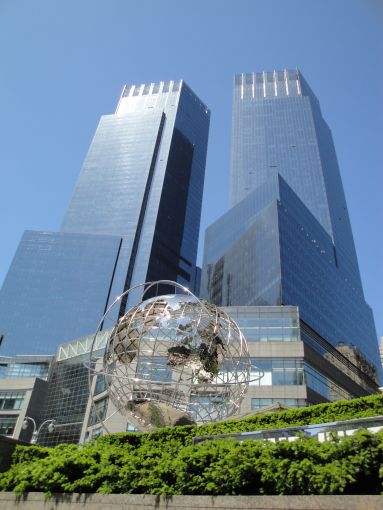 Commercial Observer can first report that the Time Warner Center is going to be officially renamed the Deutsche Bank Center, thanks to the fact that Deutsche Bank has officially leased 1.1 million square feet at the One Columbus Circle complex, taking all the available office space except for the building’s 20th floor.

News that a deal was brewing between landlord Related Companies, was first reported in January by The New York Post, and in May a company memo from Deutsche Bank about a deal became public, as reported by CO. The bank is currently headquartered at 60 Wall Street.

A source that CO spoke to said that the lease was for 25 years, and clocking in at more than 1 million square feet, the deal makes it the second-largest lease of the year. Deutsche should be moving in to the complex in the third quarter of 2021.

The David Childs-designed Time Warner Center is owned by Related, the Singapore-based GIC and the Abu Dhabi Investment Authority.

Requests for comment from JLL and Related were not immediately returned.

Brokers from JLL represented both sides of the deal, with Frank Doyle and Clark Finney representing the landlord; Deutsche Bank was represented by JLL’s Peter Riguardi and Ken Siegel. Rob Sorin of Fried Frank represented Related, and Moses & Singer also worked on behalf of Deutsche. The architectural firm Gensler will be building out the space. The asking rent was not immediately clear.