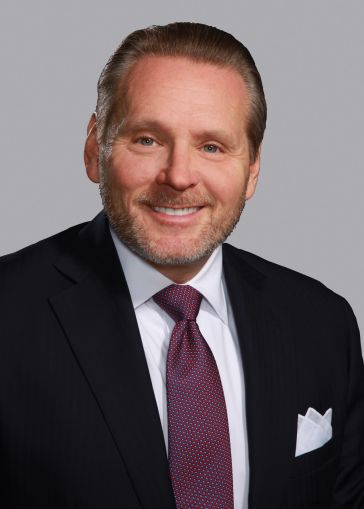 Knakal interviewed with all of the city’s best brokerages before landing at JLL at 330 Madison Avenue between East 42nd and East 43rd Streets. The documents were signed at 1:11 p.m., Knakal said, and he started working immediately thereafter.

The veteran broker said he chose JLL because of its “rich history,” culture of “collaboration, integration and synergy” and “proprietary technology.”

Peter Riguardi, the chairman and president of JLL’s New York tri-state region, lauded Knakal as a great addition to the firm.

“This is very strategic for us,” Riguardi told CO. “We’ve got a desire to build our local investment sales business here.”

Nabbing Knakal is a major coup for JLL—which hasn’t had a big investment sales presence in New York City.

While Knakal—who anticipates his 12-person C&W team will join him shortly—will focus on middle-market deals under $100 million, he plans to be active above that threshold as well. In his 34 years in the business, Knakal has personally closed more than 1,864 building sales valued at over $18 billion, as per his bio. Those include helping broker RFR Realty’s $55.5 million sale of a nine-story, mixed-use loft building at 67 Vestry Street to Iliad Realty Group, as CO reported last December. The same month, he was one of the brokers representing Extell Development in its $76 million sale of two sites on West 24th Street between Avenue of the Americas and Seventh Avenue to Sam Chang of McSam Hotel Group.

Knakal, 56, started in the business in 1984 at what is now CBRE. There he met Paul Massey. Having formed a partnership, the pair left CBRE in 1988 to launch their middle-market-focused firm, Massey Knakal, introducing a territory system to the investment sales business that has since been emulated by other firms. In the 26 years Massey Knakal operated, the firm closed over 6,000 transactions valued at more than $23 billion, Knakal’s bio indicates.

Knakal became the chairman of New York investment sales at C&W, after the firm purchased Massey Knakal for $100 million at the end of 2014.

Massey and Knakal had non-compete contracts at C&W expiring June 30. Massey quit working there in April, as CO previously reported, and launched a new brokerage, B6 Real Estate Advisors. As for Knakal, C&W nixed the broker’s contract on June 25, mere days before his contract would have expired, when the two sides couldn’t come to an agreement, a source told CO. Knakal declined to talk about the situation.