Sunday Summary: Now, That’s What We Call a News Cycle! 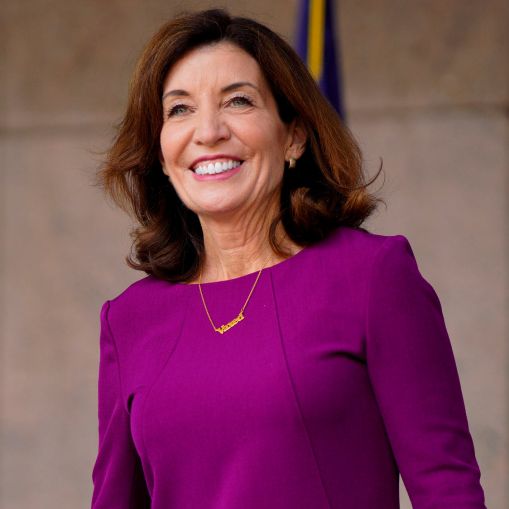 So … slow news week, anyone?

Let’s forget for the moment the flaming dumpster that is Twitter, which on Thursday issued a new directive: Come back to work a minimum of 40 hours a week, unless exempted by Elon Musk personally.

Let’s forget the other business meltdown, crypto giant FTX, which saw billions of value vanish in the last few days as it faced a liquidity crisis and failed to complete an acquisition by its rival Binance. (What does this mean for making Miami the crypto center of the country? Your guess is as good as ours. But FTX can still claim to have made the greatest commercial of all time.)

Let’s forget the fact that Russia abandoned Kherson, a devastating retreat which allows us to muse about the day that the horrific conflict in Ukraine comes to an end, and with it a return to some normalization of energy prices and supply chains.

Let’s forget that after months of pain the latest consumer-price index showed that inflation had eased to the slowest pace since January, which led to the Dow having its biggest rally in two years, jumping 1,200 points. (Might the Fed’s rate hikes be actually working?)

Oh, yeah — let’s forget about Hurricane Nicole, which made landfall on Thursday and triggered evacuations along the Florida coast. (It wasn’t Hurricane Ian and therefore didn’t get as much ink as the other stuff.)

Like everybody else in the media we had our eyes soldered to the TV since Tuesday night, watching the gleeful GOP predictions of Red Wave, Red Tsunami, Red choose-your-own-water-based-disaster evaporate into something closer to a Red Damp Washcloth. (If that. From where we sit now, the GOP looks poised to actually lose ground in the Senate.)

It was in CO’s home turf (New York) that the GOP actually made inroads by flipping four House seats, but the party’s efforts were not enough to dislodge Gov. Kathy Hochul. She became the first woman ever elected governor of New York, after inheriting the position 15 months ago from a disgraced Andrew Cuomo. Hochul’s election and tenure has been mostly greeted warmly by the real estate industry.

“Congratulations to Kathy Hochul and all those elected Tuesday for the State Legislature and New York’s congressional delegation,” the Real Estate Board of New York said in a statement after the election was called. “REBNY and its members look forward to working together on issues essential for the continued vibrancy of the city. This includes increasing much-needed quality housing supply, addressing climate change, and supporting a robust commercial office sector.”

This was a telling statement on REBNY’s part. Gov. Hochul (perhaps sensibly) deferred a lot of the most fraught decisions on housing and real estate until she was safely out of the voters’ line of sight.

“Now, with an electoral mandate under her belt, the hard work will begin,” Jolie Milstein, New York State Association for Affordable Housing president, told CO. “Gov. Hochul should continue to prioritize housing in her governorship, by finding solutions to help both property owners and tenants still struggling in the wake of the pandemic, embarking on important statewide land-use reforms, and providing and dedicating real resources to affordable housing production and preservation.”

Hochul didn’t rate the same kind of speculation and gossip in the politico-sphere as Ron DeSantis did for his stunning 19-point victory over Charlie Crist in the race to be Florida’s governor. But the election in Florida brought some unexpected backlash against development.

However, voters approved a 99-year lease extension for Miami Riverbridge, the $1.5 billion, three-skyscraper project along the waterfront in Downtown Miami that would consist of more than 1,500 rentals, 615 hotel keys, and 264 serviced apartments. So there’s that.

Perhaps most surprising, as of this writing, developer Rick Caruso is locked in a hard fight with Rep. Karen Bass for mayor of Los Angeles — a race that Caruso spent a reported $100 million on. (We might not know the results for days, or even weeks.)

Whew! (Oh, and did you know that Elon Musk’s 2-year-old kid is named X Æ A-12? We missed that the first time around.)

Now, for something completely different

Yes, there was news beyond politics, Ukraine, inflation, Twitter and cryptocurrency last week.

WeWork, for one, picked an auspicious week to announce that it was shedding 40 under-preforming locations, which includes shrinking its headquarters at Dock 72 on the Brooklyn waterfront.

But this news (which came on an investor call) should be tempered with the positive development that revenue for the coworking company jumped 24 percent in the third quarter compared to the same period last year.

What’s going to be with office space? (This REBNY survey did not make us feel especially good.) For a long time the ace in the hole for commercial real estate was a booming tech sector, but the industry-wide slowdown is real — and, collaterally, it’s having a painful effect on real estate.

One sees the pain play out in San Francisco, home to Twitter as well as some of the biggest tech companies on the planet, which can’t seem to get its office market moving. There’s about 20 million square feet of availability in the town, and a recent report from the Institute of Taxation and Economic Policy said commercial property values could decline 43 percent.

Farther south, in Los Angeles, office is doing better if you’re in the health care and medical space sector.

A new report from JLL says that rents grew 3 percent in the greater Los Angeles area with demand not easing up thanks to constrained supply. (There’s less than 40,000 square feet under construction, according to JLL’s Chris Isola.)

Lab space is still in demand, too. To wit, we saw CBRE put down $110 million to acquire Full Spectrum Group, a technical support services company for laboratories from private equity firm Pfingsten Partners.

Let’s talk about something other than office

This week CO surveyed some of the biggest proptech players and asked them their feelings going into 2023, and while there was some hard truth (Alosant’s April LaMon: “There will be increased pressure on proptech startups to build sustainable businesses”; Architrave’s Maurice Grassau: “2023 will inevitably induce a survival of the fittest scenario, where only the solutions with proven ROIs will succeed”) there was sunshine as well.

“We’re most excited about the potential proptech has to positively affect housing access and affordability,” said 1Sharpe Capital’s Gregor Watson.

“We see a significant amount of dry powder and a desire to put this capital to work,” said Dealpath’s Mike Sroka.

“I’m excited to see the continued evolution of data and intelligence being created from digitally connected buildings,” said DealCloud by Intapp’s Frank Spadafora, “not only to drive operational efficiencies and smarter resource utilization for individual assets, but also as the foundation to measure, report and meet a growing range of market and investor requirements in areas such as ESG and tenant engagement.”

All in all, the survey makes for very interesting (and sometimes sobering) reading.

But to truly feel inspired, one would be advised to read the life story of Andrew Simmons the founder and CEO of A&S Rebar.

Simmons spent seven years in prison for dealing drugs (he started when he was a teenager) only to reform and catapult himself to the top of New York’s rebar industry.

“When we talk about redemption or second chances, we’re thinking of people like Andrew Simmons,” said U.S. Rep. Gregory W. Meeks of Queens. “Rather than let the adversity of his life define him, Andrew stood up and fought back. … We need more people to model Andrew’s commitment to redemption and opportunity to better our neighborhoods and communities.”