Sunday Summary: Omicron Gets in the Way 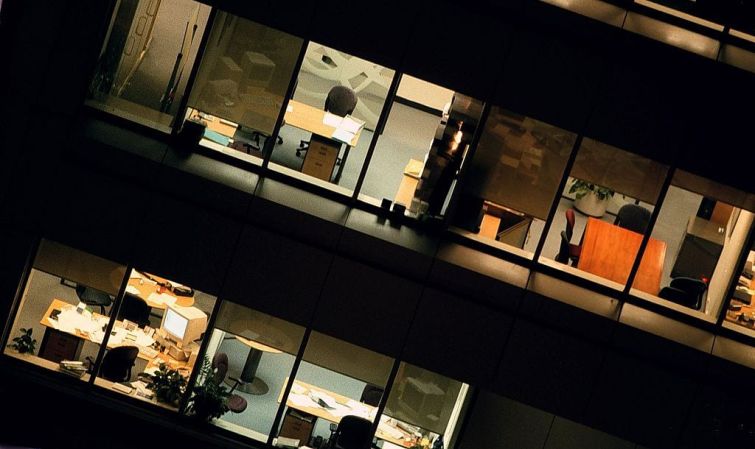 Some might’ve hoped that the new year would finally bring the long-awaited widespread return-to-office (with Gov. Kathy Hochul urging Manhattan companies to bring office workers back last month), but that increasingly seems unlikely.

New York has seen at least 20 confirmed cases of the omicron variant of COVID-19 so far, 13 in New York City, and Hochul expects the numbers to “continue to rise.” To help curb the spread, she announced that businesses that don’t have a vaccine requirement in place would be required to force patrons and staff to wear masks indoors starting Dec. 13.

The United States was already lagging behind the rest of the world in bringing workers back. By the end of the summer, the U.S. only had 34 percent of its office workers returning, while China had 96 percent and Europe had about 40 percent, according to a Cushman & Wakefield study.

The country’s numbers had slowly started to tick upward since the summer, but the worldwide announcement of the omicron variant on Nov. 25 has the potential to throw another wrench in the U.S. catching up. And some companies have already delayed their return.

Tech giant Google, for instance, was set to require staff to return on Jan. 10, but squashed that date and said it will wait until 2022 to figure out a new deadline.

To help limit the spread of the omicron variant, Mayor Bill de Blasio announced last week that all private-sector workers in the city would be required to get vaccinated by Dec. 27, similar to mandates he made earlier this year for city workers. However, that hasn’t gone over so easily.

It’s not all bad news

While omicron might be putting a damper on the end of 2021, there are some bright spots.

The Manhattan office market has appeared to round a corner in its recovery from the pandemic with Midtown and Midtown South appearing to rebound.

Midtown South saw its availability rate drop in October versus September and leasing volume by square footage was 109 percent above its five-year monthly average, according to CBRE.

And the city saw some deals to prove things are getting better.

Law firm Dechert recently renewed its 241,000-square-foot offices at 3 Bryant Park, one of the largest renewals of 2021, while Bloomberg LP inked a deal to expand by 191,000 square feet at 919 Third Avenue.

Fisher Brothers saw a total of 100,000 square feet of deals at 299 Park Avenue, including developer Lightstone (which recently closed on a $1 billion portfolio in suburban Detroit) taking 20,055 square feet.

On the sales end, SL Green Realty Corp. continued offloading some of its portfolio, this time selling the leasehold interest at 1080 Amsterdam Avenue for $42.5 million and its office building at 110 East 42nd Street for $117 million. It also sold a 25 percent interest in its development One Madison Avenue for $260 million.

Plus, retail guru Jeff Sutton decided to plant his flag in the office sector. (And in New Jersey, no less!) The crown prince of Fifth Avenue retail scooped up 1000 Harbor Boulevard on the Weehawken coast for $219 million!

Attorney General Letitia James dropped her bid for governor nearly six weeks after she formally threw her hat in the race and instead is planning to run for reelection.

“There are a number of important investigations and cases that are underway, and I intend to finish the job,” James wrote on Twitter about the decision.

Those investigations likely include her probe of former President Donald Trump, where she plans to subpoena Trump to determine if the Trump Organization submitted false property values to potential lenders.

Meanwhile, the contentious SoHo and NoHo rezoning process moved one step closer to fruition with the New York City Council’s land use committee swiftly approving the plan this week. Council members made last-minute changes to reduce the size of commercial space allowed in the proposal, which aims to compel developers to use the rezoning to build affordable housing. (If you were curious if those amendments were enough to win over activists who have opposed the plan since its inception, they weren’t.)

We might have started this on a dour note but we’ll end it with a bang.

CO’s annual list of the 25 most powerful figures in Los Angeles’ commercial real estate was unveiled last week, so what better way to spend a Sunday than to dig in and learn about the people behind the biggest deals and developments shaping the City of Angels.

This year’s honorees include Prologis’ Rob Antrobius, Amazon’s London Kemp and Rick Caruso (perhaps the wealthiest person on the list).