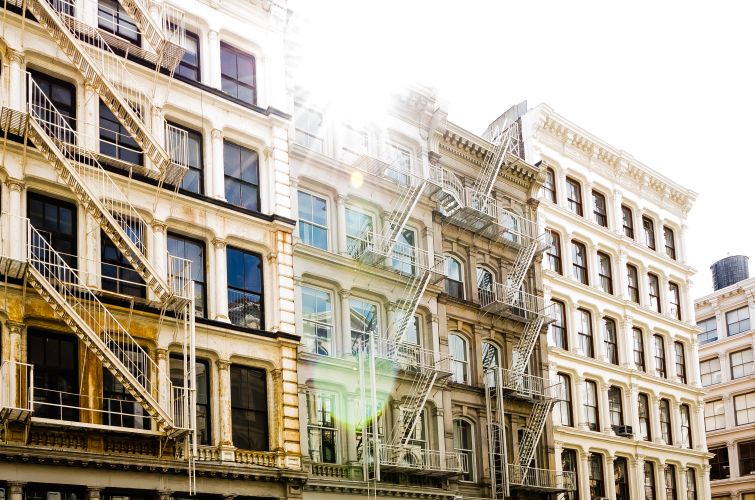 A New York City Council committee swiftly approved the plan to rezone SoHo and NoHo on Thursday afternoon with a unanimous vote of all 16 members, sending Mayor Bill de Blasio’s final neighborhood plan to a full vote in the chamber next week.

Council members made last-minute changes that reduced the floor area ratio (FAR) for commercial space allowed in the proposal, which should limit the ability of developers to use the rezoning for retail developments and instead compel them to build affordable housing.

The plan as it was pitched by the Department of City Planning would update the 1960s zoning code to allow new retail and residential development, with the potential to create between 621 and 940 affordable units.

“The economics of [mandatory inclusionary housing] were always [directed at] wealthier markets and [SoHo is a] neighborhood specifically that hasn’t really contributed to our affordable housing stock, so we’re trying to change that,” Councilmember Carlina Rivera, who represents the area along with Margaret Chin, said at a press conference. “We wanted to make sure that we were keeping residential FAR as high as possible to construct and create as many new units as possible.”

Rivera added: “No plan is perfect. This one isn’t perfect, but I think that it is a very good start to what we have to fix, which are systemic issues and how we rezone communities, how we look at certain neighborhoods to rezone and to actually address our urgent affordable housing crisis.”

Council Speaker Corey Johnson had little comment on the rezoning’s changes, claiming to not have been “engaged” in the effort, leaving many of these decisions to Rivera and Chin.

SoHo and NoHo are currently designated as a 5 FAR for the most part, meaning developers are allowed to build five times the lot size for commercial space. The City Planning Commission’s original proposal called for the neighborhoods to be branded between 6 and 10 FAR, but the council’s proposals keep the commercial FAR at 5.

The only commercial spot to get an increase in its FAR is the NoHo Bowery Corridor, which jumped a 7 FAR, still less than the DCP’s original plan to designate it a 10 FAR.

While the majority of council members and de Blasio are nearing the end of their term limits, Johnson said there is still time in the remaining weeks for more bills to be approved before the end of December.

Nonetheless, the slight amendments to the plan were not enough for activists who have opposed the plan since its inception. They held their ground in arguing that the new changes would still not generate enough affordable housing.

“Despite [Councilmembers] Carlina Rivera and Margaret Chin’s demands months ago that this plan needed to be reformed fundamentally, it has now taken until the day of the committee vote for us to learn what those reforms may be,” Todd Fine, an historic preservation activist, told Commercial Observer. “Whatever they are, and they appear minor, Lower Manhattan will surely be dealing with the effects of this horrendous land-use process for decades to come.”

Fine’s concerns mainly center around the upzoning in the historic core districts and threats from new luxury developments.

Andrew Berman, executive director of Village Preservation, was doubtful that the plan would create the development of affordable housing and would simply displace current residents.

“What it will do is create huge incentives for destroying hundreds of units of affordable rent-regulated housing in the rezoning area, the majority of whose residents are lower-income, and disproportionately seniors, artists or Chinese immigrants,” Berman said in a statement. “Welcome to the future, where huge developer windfalls equal social justice, and building oversized luxury condos, boutique office buildings, overpriced hotels, big-box international chain stores and NYU dorms, as this plan encourages, is sold as promoting equality.”

During a Nov. 9 public hearing, the unlimited retail “as of right” included in the rezoning plan at the time was a point of concern for Councilmember Francisco Moya. He was skeptical that large-format retail stores would be beneficial economically for the communities, but DCP’s Sylvia Li, the project supervisor for the rezoning, was confident that the job opportunities within the retail component of the plan will be critical to reimagining SoHo and NoHo.

However, some praised the city’s plan, saying it would replace an outdated zoning that doesn’t reflect the neighborhoods today.

“The zoning in SoHo is ridiculous, it’s a throwback to a time 50 years ago when the city was completely different,” David West, founding partner of Hill West Architects, told CO. “It’s exclusionary … The number of live/work quarters for artists that are actually being lived in by artists is very small at this point. It can’t be right to have zoning that is completely contrary to the actual development pattern that’s occurring in the neighborhood.”

The City Planning Commission also unanimously approved the plan in October and it’s set to go before the full council next week. If they vote in favor, it will go to de Blasio’s desk for final approval.