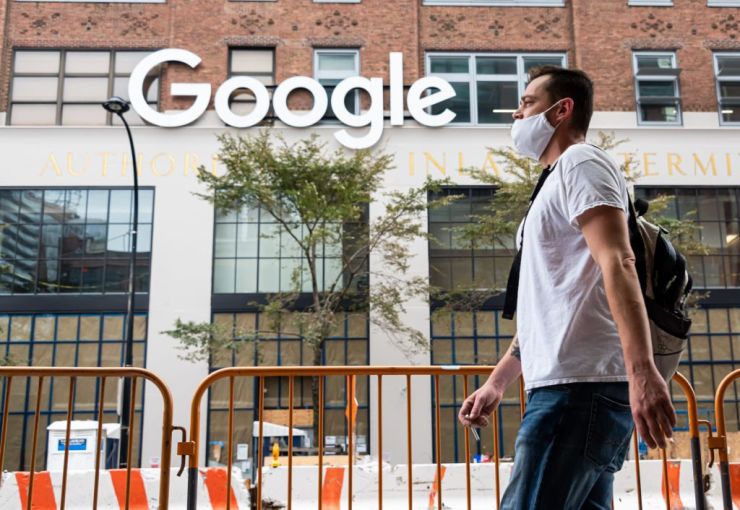 Google is pushing back when it’s requiring workers to head back to their offices past Jan. 10, the latest in a series of delays for the tech conglomerate’s return to work.

The company plans to wait until the new year to assess when its U.S.-based offices can require employees to return on a hybrid basis, CNBC reported. The newest delay comes after health officials in the U.S. and worldwide raised concerns over the new COVID-19 variant, dubbed omicron, which could be more transmissible though it is currently unclear how significant of a risk omicron poses.

Chris Rackow, Google’s security vice president, wrote in an email to employees Thursday that the company will let specific locations determine when local staffers will head back to the office. Rackow encouraged employees to come into work “where conditions allow,” and that staffers, if needed, would be allowed a 30-day transition period to get ready for a hybrid work schedule, CNBC reported.

“We will be relearning our working rhythms together in 2022, which brings new opportunities and new challenges as we experiment with more flexible ways of working,” he wrote, per CNBC.

Rackow’s email did not include mention of the omicron variant, though Business Insider reported that the company told employees in Europe and Africa that it would postpone its office return plans because of the variant and travel restrictions that came shortly after it was discovered.

The move is one in several delays for the international tech company’s return to the office. Google decided to allow 20 percent of its staffers to work from home permanently and shifted to a hybrid model for others in May. The company had planned to require workers to come back to the office in September, but CEO Sundar Pichai pushed that deadline back to Oct. 18 after concerns over the spread of the delta variant. That date got pushed yet again in August to no earlier than Jan. 10, 2022.

Throughout this stop-and-start process, Google has opened 90 percent of its offices in the United States and nearly 40 percent of U.S. employees have headed back to their commutes rather than logging on at home in recent weeks, according to Rackow.

Google’s office footprint in New York City alone is massive. It includes 1.3 million square feet at 550 Washington Street in Hudson Square, which the company has leased since 2019. Google also announced it had bought the St. John’s Terminal project for $2.1 billion in September and snagged 111 Eighth Avenue for $1.8 billion in 2010.

The California-based company also has offices at 25 Massachusetts Avenue in Washington, D.C., property near Venice Beach at 340 Main Street in Los Angeles, Calif., and other spaces scattered across Europe, South America, Africa and Asia.