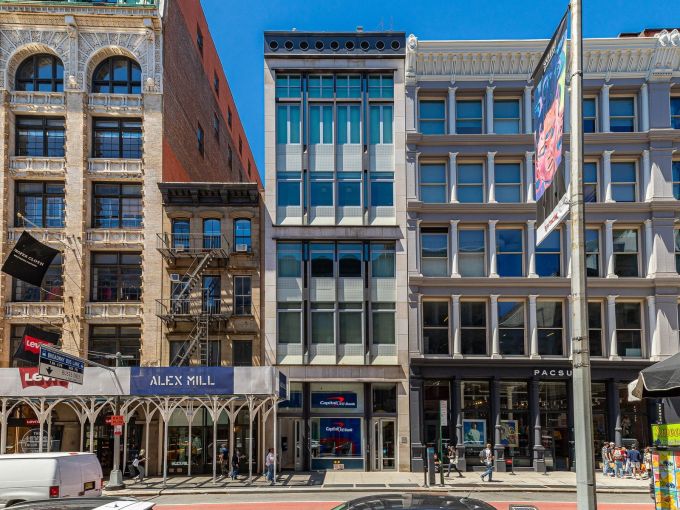 The space is currently fully leased to Capital One, which has another four years left at the building after signing a lease in 2013, according to Avison Young’s Brent Glodowski, part of the team that brokered the deal for Vornado.

Crane Partners, which focuses on investments in New York and in Asian markets, wanted to grow its presence in the city and liked the SoHo area where the building, between Spring and Broome streets, is located, Glodowski told CO.

“They’re looking to expand their footprint in the New York City area,” said Glodowski, who represented Vornado along with James Nelson and Eric Karmitz. “They loved the area. They loved the tenancy, and that’s what made them interested.”

As for why Vornado decided to sell the condo, Glodowski said the company was adjusting its portfolio, and the decision came after Vornado announced in August that it would sell off five struggling Manhattan retail properties (501 Broadway not included) for $185 million at a $7 million loss. Vornado did not immediately respond to a request for comment.

The sale of the SoHo property, first built in 2007, closed on Tuesday. Avison Young took over the listing, which has been on the market since at least 2017, several months ago from Meridian Capital Group, a spokesperson for Avision Young said.