The country was lagging even before omicron, though some markets, like in Texas, are way ahead of the rest 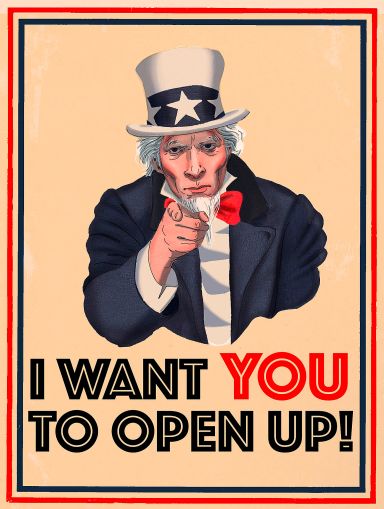 By the end of the summer, the U.S. was behind much of the rest of the world in returning to the office — China by a lot, for instance, Europe by a little. Almost all of China’s office workers, or 96 percent, were back, and about 40 percent of Europe’s had returned, compared with the U.S.’ 34 percent, according to a study by brokerage Cushman & Wakefield.

Still, even with the novel coronavirus’ delta variant disrupting things that much more, it looked for a while in the fall like the U.S. might catch up.

Then came the wrinkle: the omicron variant. And all bets were off.

Even as government officials and medical experts around the world struggle to get a handle on just how big a threat this new version of the coronavirus is going to be, so are researchers at the world’s biggest real estate firms.

A top executive at a well-known real estate company said through an aide that it was too soon to draw any conclusions, and that the science had to come first. The aide didn’t want to be named because the person wasn’t authorized by their company to speak.

Cushman & Wakefield’s U.S. numbers had been slowly ticking upward since they were first measured in September, said the lead author of the study, Kevin Thorpe, the brokerage’s chief U.S. economist. But the situation with the virus driving them is still fluid, especially with the worldwide announcement of the omicron variant on Nov. 25.

“Certainly, there could be changes,” Thorpe said in a Nov. 22 email. “In the U.S., the return to office has generally been ticking up since October. [But] in parts of Europe — Germany and the Netherlands — infections are raging again, so I suspect return-to-office has dropped.”

So, we are far, far, far from the final score. The big question lingering over commercial real estate — whether workers will ever again partake as heavily as they did pre-pandemic in the office or just continue to work from home and/or another space till the end of time, or some sort of combination commonly referred to as “hybrid” — remains just that, a question that is no closer to a long-term answer than it has been these last several months.

And one of the big reasons is the sense that COVID isn’t done with us. Nor, for that matter, are the effects of trends that predate it.

With the proliferation of the laptop computer, fewer and fewer people felt tied to the office in the years leading up to COVID.

“Even pre-pandemic, office buildings were not 100 percent occupied all day long,” Thorpe said in a phone interview before the omicron announcement. “Some see this as the goal, is to get to 100 percent. Really, it was closer to 60 percent on any given day, depending on how physically occupied the building was, with people at meetings or traveling around the city performing job functions. So really 60 percent is kind of the goal.”

Omicron, first identified in South Africa, has been linked, at least as of Dec. 2, to only a handful of U.S. cases, the first in San Francisco in someone who had just returned from the African country and was isolating, and another person from Minnesota who had attended a convention at the Javits Center in New York. The Centers for Disease Control and Prevention says omicron may spread more easily than other variants, including delta, but it is still unclear just how severe an illness it causes. Press accounts described those first two U.S. cases as mild.

The experts have been wrong before. Consensus views that Americans could achieve normalcy shortly after Labor Day proved to be in error due mainly to the delta variant, which kept the levels of COVID unacceptably high.

Science and medicine are now two years down the road with COVID, and have made progress in combating it, though — not least through effective vaccines.

“Every wave from this point forward is expected to be less disruptive than the prior one given the vaccination program and therapeutics,” Thorpe said in a Dec. 2 email. But “all predictions come with the disclaimer that we are making predictions during a period of heightened uncertainty.”

The New York Times on Nov. 23 reported that a fourth wave of COVID was undermining Europe’s fragile economic recovery, with Austria mandating vaccinations and imposing a nationwide lockdown. About two-thirds of the continent’s population has been vaccinated, but the rates vary widely, from 81 percent in Portugal to just 25 percent in Bulgaria, said The Times, quoting the European Centre for Disease Prevention and Control.

Some German states have imposed partial lockdowns, and the country is trying to make unvaccinated people prove they have tested negative for COVID before being allowed back to the office. The nation is not expected to impose a lockdown, but that could change if the situation worsens. In France, which has the continent’s second-biggest economy, President Emmanuel Macron is said to be reluctant to re-close the economy with elections coming in April.

Bloomberg reported in October that London offices were about half-full, with financial firms leading the charge.

In early December, The Times’ global hot-spot map for COVID infections showed most of Europe, notably minus Spain, Sweden and Italy, in deep maroon, indicating the highest levels of COVID during the week prior. The U.S. was in dark red, showing it was significantly ahead of Europe in addressing the pandemic, but it was still at alarming levels. China and Japan were pale yellow, indicating they could have been among the best in fighting off the disease; and Australia, Brazil and Canada were in orange, meaning they were the next level up from their Far East cousins.

The continuation of in-person school is a critical factor to the return to the office, with a little over 24 million households, or one-fifth of the U.S. workforce, with at least one child under the age of 12.

China is likely to reach “herd immunity” the point where the virus subsides to a degree where a level of normality is possible, first. “Chinese companies are not big believers in work-from-home strategies,” Thorpe said. “Neither is the Chinese government.”

As of Sept. 9, Cushman found that Edmonton and Calgary in Canada already had more than 30 percent of office workers back in the office, while Ottawa’s and Toronto’s rates were in the low 20s and Montreal and Vancouver in the high 20s. In Ottawa, the nation’s capital, almost half of workers were working from home, followed by Toronto and Montreal.

As for Asia, office workers in Hong Kong were just about fully back by September, while for Seoul it was about 85 percent, Mumbai about 49 percent; about the same number for Tokyo. In the Australian cities of Sydney and Melbourne, it was under 10 percent.

Australia demonstrates just how fragile gains in tackling the virus can be, in fact. At the start of the year, Australia was considered a world leader in reopening. Then the delta variant struck, Thorpe said, “and it went from leader to laggard, seemingly overnight.”

As of Nov. 17, almost 39 percent of workers in 10 major U.S. markets were going into the office, according to Kastle Systems’ Back to Work Barometer. But it fell sharply to 32.5 percent the week of Nov. 24. It was unclear whether that was because of the virus or because it was Thanksgiving week. Kastle, based in Falls Church, Va., tracks turnstile swipes by employees using their company badges. That 39 percent was actually down slightly from two weeks prior, but up from almost 37 percent on Oct. 27.

Kastle found that Texas cities Houston and Austin were leading the country, with 52 percent  and 55 percent, respectively, of workers back, followed by Dallas, at close to 50 percent. New York was at 35 percent, as was Los Angeles; and San Francisco was at 27 percent. In all cases the numbers measured the cities’ metropolitan areas, so each city’s suburbs were included.

The reason the Texas cities are ahead of New York and others around the U.S. is due in part to just what you might suspect: the more permissive attitude toward curbing the coronavirus’ spread that Texas’ elected officials have fostered, said Mark Ein, chairman of Kastle. Another key factor driving the Texas numbers higher has been those markets’ general lack of mass transit, so people are largely getting to work using their private cars.

Nick Farmakis, an executive managing director with Savills, who works with tech and creative tenants, said in a Dec. 2 interview that his clients have taken the latest news in stride. No one is cancelling plans, nor are they putting any pending occupancies on hold.

“I haven’t seen much of a reaction yet,” he said. “Most clients have their offices open, and they’ve got flexible policies for employees to come to the office however they see fit; and I imagine it’s going to stay that way.”

A Cushman colleague of Thorpe’s, David C. Smith, a vice president and global head of occupier insights, said that while it’s too early to know what the impact of omicron will be, he expects “workplace agility,” which others call the hybrid office, will take hold whenever things get back to normal.

“It is likely, based on surveys conducted by various organizations, that a new norm of in-office work, two to four days per week, will be common for most workers,” Smith said via email Dec. 2.

Kastle Systems’ Ein, in a Nov. 30 phone interview, described the variant as something “we all are trying to figure out in real time.” But, so long as the variant doesn’t run wild and infect people with a severe new strain, he said he expects current trends, including regional ones within the U.S., to continue.

“There’s massive momentum to get people back to the office,” Ein said. “That trend is growing. We think that is only going to continue growing into the new year, short of something stopping it.”