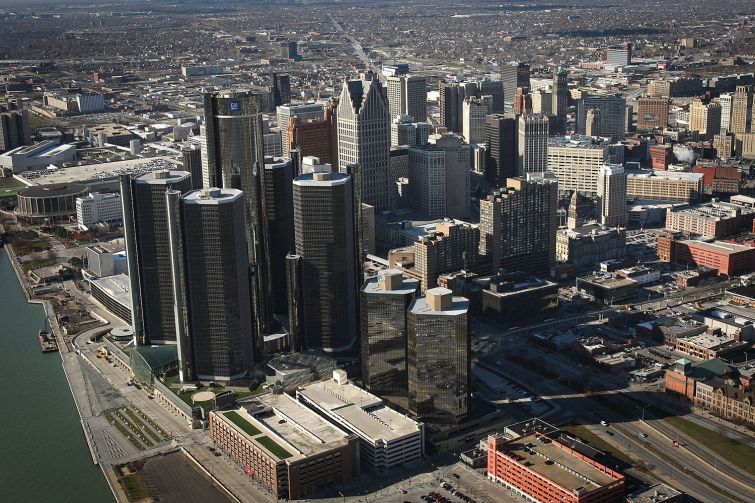 Lightstone has finalized a deal to buy a portfolio of 27 multifamily assets in suburban Detroit for $1 billion from Hartman & Tyner, the company announced.

The value-add portfolio spans 7,810 apartments, consisting primarily of one- and two-bedroom units, according to documents filed with the Tel Aviv Stock Exchange (TASE). The portfolio was 96 percent occupied as of early December and the NOI for the 12 months prior was $47 million, according to the documents.

New York-based Lightstone, which already owns more than 5,000 apartment units in the metro Detroit area, plans to invest $75 million into renovating the new portfolio over the next five years, with the expectation of significantly improving the current net operating income.

The 27 properties span 19 submarkets in the Detroit suburbs and include Regency Park in Warren, Cass Lake Shore Club Apartments in Waterford and Woodward North in Royal Oak, according to an investor presentation filed on TASE. None of the apartments are in the city of Detroit.

The portfolio was mostly built in the 1970s by Hartman & Tyner, which owned them since. The sale is part of a longstanding feud between the Hartman and Tyner families, which led to the company’s unraveling after co-Founder Herbert Tyner passed in 2016.

Lightstone is in talks with a lender who would finance the acquisition with a loan package ranging from $625 million to $725 million, with a two-year term and the option to extend for three years. While a Letter of Intent has been signed, it is not binding, per the documents.

Lightstone also plans to refinance its existing Detroit portfolio, replacing $118 million outstanding with a loan ranging from $310 million to $340 million.