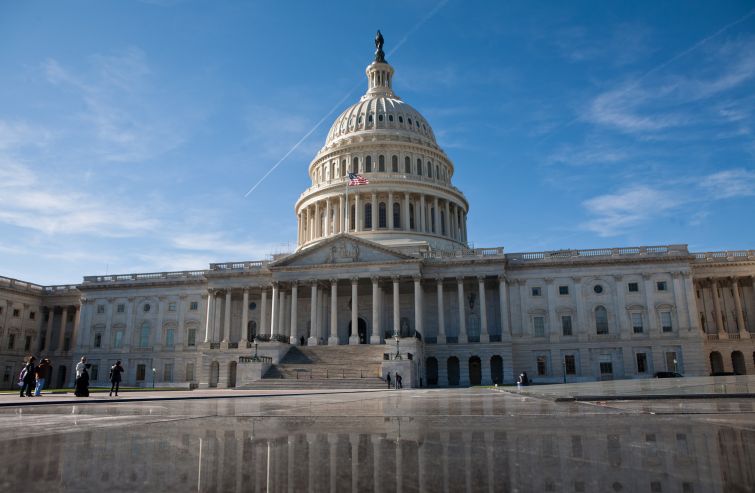 At 11:49 a.m. on Wednesday, America’s four-year experiment of government-by-real-estate-executive came to an end with Joe Biden assuming the presidency.

Earlier that morning, Jon Ossoff and Raphael Warnock were sworn in to become the 49th and 50th Democrats in the Senate, and that might prove to be just as consequential, as far as New York real estate is concerned.

Chuck Schumer, the new majority leader, is no stranger to Gotham’s real estate players and their needs. With control of the chamber, it stands to reason that he will almost certainly be thinking about them in crafting a stimulus/infrastructure plan in the coming weeks.

“He is someone that was born for this job,” Scott Rechler, CEO of RXR Realty, told Commercial Observer for last week’s cover story about the distinguished gentleman from Park Slope. “He knows how to navigate the Senate, he knows how to get things done, and he cares deeply about bringing things home to New York.”

Indeed, there is a long list of infrastructure projects that will get renewed attention now that Sen. Mitch McConnell can no longer toy with the Empire State’s fortunes. (Well, not as much, anyway.)

First up would have to be Gateway, the multibillion-dollar project to improve rail capacity between New York and New Jersey by redoing the tunnels under the Hudson River and replacing the Portal Bridge over the Hackensack River.

“You can put that in capital and bold it,” said New York Building Congress CEO Carlo Scissura. “This will be a signature project kicking off major infrastructure spending across the nation. We have a Senate majority leader from New York, a president who cares about Amtrak and rail across the country, and Democrats need to have big wins in the next two years. It’s time to get some big wins.”

But there are many more projects in the target-rich environment of New York; there are JFK and LaGuardia airports, for instance (the latter of which the president himself described as third world back in 2014).

And all the cargo moving in and out of New York City ports is another interesting infrastructure opportunity.

Which leaves one to wonder: How is all this going to be paid for? CO also examined this question last week. (While acknowledging the stimulative effects, JLL’s Bob Knakal expressed some nervousness about what this spending would mean for inflation and real estate taxes in his column.)

Of course, stimulus and vaccines are something to look forward to, but there will be plenty of pain to get through first.

California got a small dose of an as-yet-to-be-fully-appreciated-future pain when Howard Iten, a retired Lawndale mechanic who leases space to an auto repair franchisee who owes him $30,000 in back rent, filed a lawsuit in U.S. District Court to overturn L.A. County’s eviction moratorium. Pacific Legal Foundation, which is representing Iten, told CO that this is the first lawsuit in the country challenging a commercial eviction ban.

A lot of pre-pandemic real estate plans are still being revamped or thrown out. Quarters, which branded itself as the largest co-living company in America and Europe, filed for bankruptcy on Jan. 15, and announced it was closing shop in the U.S. and handing its keys back to its landlords. (Although, the company is still going to be functioning in Europe, a spokesman said.)

And the ongoing drama between David Werner and Yoel Goldman continued last week, with Werner filing suit to get back the down payment on a $344 million real estate portfolio in Brooklyn he no longer wants. (A quick recap of the drama: David Werner Real Estate Investments and Goldman’s All Year Management struck a deal early last year to buy a 74-building, 611-unit portfolio and they’ve been in on-again/off-again negotiations since the pandemic hit.)

But the beat goes on…

Business is still business. While David Werner might not be eager to buy a big chunk of multifamily right now, others are more bullish. A mystery buyer plunked down $73.5 million on a collection of eight multifamily, industrial and retail properties in New Jersey, according to Madison Realty Capital, which originated the debt.

Likewise, there were retail leases. Urbanspace nabbed some 14,722 square feet for a food hall at 100 Pearl Street in FiDi, and Dollar Jackpot snagged 10,000 square feet at 81 Willoughby Street in Downtown Brooklyn.

And inaugurations and Senate confirmations weren’t the only things happening in Washington this week. The Georgetown Company sold two apartment buildings at 1722 19th Street NW and 1631 S Street NW to Infinity Urban Century for $43 million. (Oh, and did we mention that one of D.C.’s most prominent developers, Douglas Jemal, was the recipient of former President Trump’s outgoing barrage of pardons? Well, he was.)