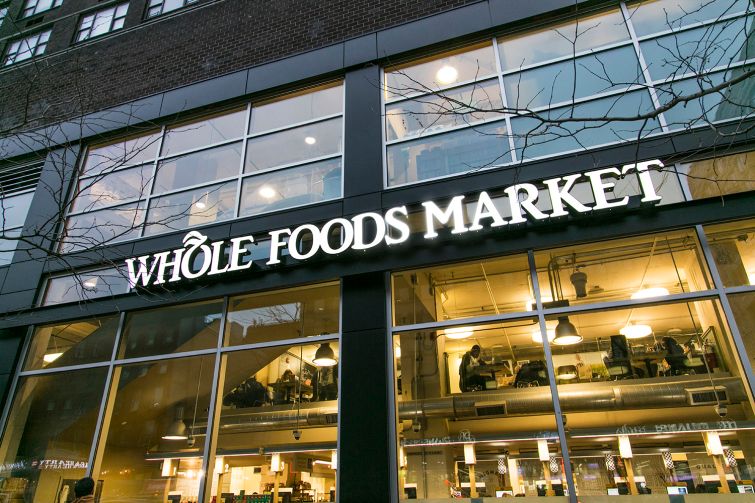 Since the moment the COVID-19 crisis became a very, very big deal in New Yorkers’ collective minds (circa late February), the one constant, from an economic perspective, has been this: Grocery stores equal a good investment. (That, and Zoom.)

That’s why it was a bit of a head-scratcher when we learned this week that Whole Foods and Trader Joe’s saw a major decline in visitors over the course of the first two weeks in April. How big a decline? It was a 50 percent drop-off in foot traffic according to Placer.ai. And we’re not talking compared to what they had been seeing in March — oh no, the decline is compared to what the two grocers saw in foot traffic in early April of 2019.

It’s a bad number, but it should be noted that Whole Foods delivers and their delivery business has been going gangbusters. So there’s that. (And we suspect that while foot traffic might be light, people are stocking up when they go.)

There were other retailers who took it on the chin this week much worse than Whole Foods or T.J.’s, and whose misery was passed onto the real estate industry. Panera Bread, Foot Locker, Staples and H&M all paid zero in rent in April. Others, like Subway and IHOP, paid roughly 20 percent of their rent, and Dunkin paid 54 percent, according to a report from Datex Property Solutions.

Plus, CO learned that some 84 percent of eligible Brooklyn businesses failed to get the federal loans promised by the Paycheck Protection Program (PPP), based on a survey of business owners put out by the Brooklyn Chamber of Commerce. That number is even worse (90 percent) for minority- and women-owned businesses.

Actually, it was kind of a crappy week for everybody. Neiman Marcus is apparently preparing for bankruptcy and Abercrombie & Fitch furloughed 1,200 workers. Avison Young had to cut a dozen or so New York staffers.

The federal government at least acknowledges that the problem is far from over; last week they replenished the PPP to the tune of $322 billion.

And the New York City Council chimed in by introducing a package of bills offering tenant protections against eviction.

And it looks like the real estate holdings of the biggest name in politics — President Donald Trump — has also been thrown into turmoil thanks to the crisis. This week we learned that the Trump Organization is seeking relief from the $268,000 it pays in rent every month for its Washington, D.C., hotel. Who’s the landlord? Why, the federal government, of course!

Speaking of President Trump, on this week’s Commercial Observer Spring Finance Forum real estate legend Steve Witkoff defended the president’s handling of the coronavirus pandemic and the federal response and dished on what the other real estate executives on the economic recovery task force had to say.

Though this ordeal is far from over, some are starting to think about what a post-coronavirus work environment will look like. CO spoke to a few of the designers and architects who are making preparations for the offices and shops of the future. (Fake shark skin antimicrobial coatings, anyone?)

And Industrious’ Jamie Hodari spoke to CO about what the return to work will actually be like and why coworking may not fare as poorly as some (including us) have speculated.

Many were not exactly pleased that he jumped from WeWork with a golden parachute, and felt a certain amount of schadenfreude when SoftBank rescinded its tender offer which would have kept him a billionaire.

Well (as one might have expected), Neumann isn’t going down without a fight. It was reported this week that he will soon begin legal proceedings against SoftBank.

But the deals still go on.

Starbucks remains the java giant it always was, and it continues to ink leases for stores — big ones. The most recent example we can point to is a giant at the Empire State Building. (No, it’s not exactly the Roastery Part Deux, but it’s thousands of square feet.)

Lending is still happening — witness Hunt Real Estate Capital lending $24.5 million to Stonemark Management to buy an apartment complex in Lexington, South Carolina. Or M&T shelling out the same amount for a construction loan to build the second part of Brookview Commons in Danbury, Connecticut. Or HomeStreet lending $22 million on the South Hill Apartments in West Covina, California, which was part of a 1031 exchange to boot.

And while this deal was in the works before the coronavirus truly struck, Jeffrey Lam picked up 55-59 Chrystie Street for $29 million, helping to resolve a distressed CMBS situation.

Enjoy the rest of your weekend. And wash your hands!