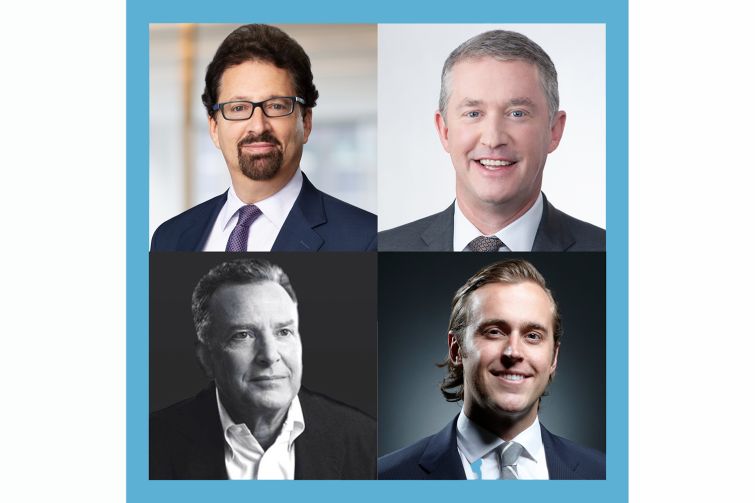 All eyes are on the Federal response to the coronavirus’s far-reaching and devastating impacts, so it came as no surprise when the subject arose during the second panel at Commercial Observer’s Spring Financing Forum yesterday. It was even less surprising seeing as Witkoff CEO Steven Witkoff, one of the panelists, was recently chosen to be part of President Donald Trump’s economic recovery taskforce.

The president has received widespread criticism from both public health experts and state and local leaders for his administration’s handling of the coronavirus pandemic, but Witkoff, a former business partner, jumped to the president’s defense.

“The president is a friend of mine and I think he doesn’t get enough credit for being a thoughtful leader,” Witkoff said.

“I personally believe that we have leadership in Washington that has been more efficiently responsive to this crisis, in terms of stimulus, than we’ve ever seen in this country,” Witkoff continued. “I think everybody acknowledges — really smart capital acknowledges — that we would have been off the cliff without a policy response like this.”

Mark Edelstein, partner and chair of Morrison & Foerster’s global real estate group and the moderator of the panel, asked Witkoff to describe the taskforce recruitment process, which involved a series of calls with some of real estate’s heaviest hitters.

Again, Witkoff spoke highly of the president. “The president and his administration were on this call and I listened to people asking questions and the administration was completely attentive. They wanted to hear from everyone in our industry as to how our industry is being impacted, right down to minute, granular details region by region, sector by sector,” he said.

“I think the Federal Reserve learned a great deal from the 2008-2012 financial crisis,” Dustin Stolly, co-head of Newmark Knight Frank’s debt and structured finance group, said. “In the past month or so there’s been $4 trillion of stimulus [issued], and during the last cycle it took four years to issue that amount. I think we’re going to continue to see the Federal Reserve do whatever it takes to put money in the hands of Americans who are out of work, help small businesses and backstop financial institutions who may not be getting paid by [borrowers].”

“One thing that I think is interesting,” Edelstein added, “If you think back to the early 90s recession or to 2008 to 2012, in the old days the banking regulators came down pretty hard on lenders to clean up their books and mark-to-market and move on. The regulators now are encouraging lenders to be forgiving and encouraging forbearance — that’s a huge change.”

Since the global financial crisis — and especially over the past few years as we progressed through a markedly elongated cycle — commercial real estate industry participants have asked and guessed what the next shoe to drop might be. Now that “shoe” has become abundantly clear, the panel’s title was “The Shoe has Dropped: Should we feel blessed or stressed about market volatility?”

In response, Dennis Schuh, Starwood Property Trust’s head of originations, said he comes down firmly on the side of ‘stressed’.

“I’m thankful that the liquor stores are considered an essential business in Connecticut or we’d be worse off,” he quipped and laughed. Schuh said a Ronald Reagan comes to mind when contemplating the past six weeks of the crisis: “The nine most terrifying words in the English language are: I’m from the Government, and I’m here to help.”

Like most lenders, Starwood has been playing defense of late, monitoring its portfolio and shoring up its balance sheet. Schuh pointed to a recent release the diversified REIT put out, which outlined its $800 million in cash at hand. “It’s our ‘rainy day fund to protect against the ‘Who’d have thunk it’” Schuh said. Although Starwood has also been kept busy with modifications and relief requests, the silver lining is that “sponsors have a lot of equity, and that’s really shaped behavior over the past 8 weeks.”

Newmark Knight Frank’s debt and equity placement business has been taking on transactions selectively since the COVID-19 outbreak, Stolly said, but has still lined up $1.1 billion in deals across asset classes. A big chunk of the team’s time is spent helping lending relationships to evaluate opportunities to sell credits. In general, when it comes to new debt deals however,  “nobody is transacting unless there’s a pending maturity,” Stolly said.

Understandably, practically every lender is hunkering down and focused on asset management right now, Schuh said. He described the new transactions he’s seeing as “very bespoke and transactional,” based on how impacted the property’s area is by COVID-19 as well as its rent roll. When it comes to collections, all eyes are firmly on May, he said.

With no set reopening in mind for New York City, panelists exhibited an eagerness to get back to a normal work life. Witkoff said that he spent the previous night fishing with Starwood Capital’s Barry Sternlicht —hopefully six feet apart — while Schuh, articulating the feelings of many on the call, simply said : “I’ve gotten used to the Zoom thing, but I’m just really bored.”