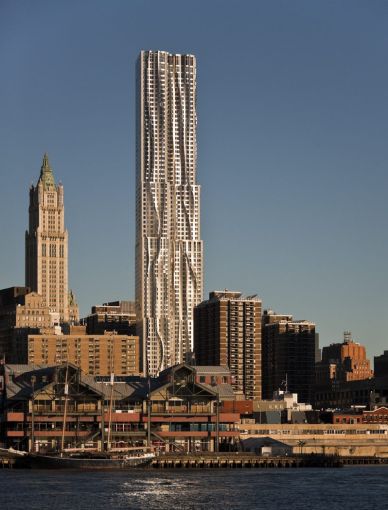 So that was Christmas …

We have to admit, omicron definitely dropped a big old wet blanket on our Christmas plans. Even before the country’s positive rates overall started skyrocketing, the variant had already made its mark on New York City’s already badly damaged hospitality sector.

At least a dozen restaurants in Brooklyn and the Bronx closed thanks to the variant waylaying staff, and Broadway shows have begun shuttering again.

“There’s just huge concern, uncertainty and fear,” Andrew Rigie, president of the New York City Hospitality Alliance, told Commercial Observer. “We were finally on a positive route towards a long road to recovery, and this new spike in COVID cases is yet another gut punch.”

Of course, not everyone is hitting the panic button quite yet. Sharif El-Gamal, the developer of the Margaritaville hotel in Times Square, opened at a less than opportune moment (in July) but as of last month was sitting at a pretty darn respectable 75 percent occupancy rate.

Plus, outside of New York there are plenty of investors who are sniffing opportunities in the hospitality sector. A joint venture of Oaktree Capital Management and Trinity Fund Advisors acquired the leasehold interest in the luxury 305-room W Hollywood for $197 million from Host Hotels & Resorts, which they plan to upgrade. (Host purchased the property for $219 million in 2017 and the development reportedly cost around $350 million to build. So it sounds like Oaktree and Trinity are getting a very good deal.)

And, while it felt like retail was caught in a death spiral well before the pandemic, there was some encouraging news this week: Gotham’s chain retail count (which contracted by 12.8 percent in 2020) actually moved in a positive direction this year, expanding by 2.8 percent, according to a report from the Center for an Urban Future. This is the first time that chain stores added locations in New York City since 2017!

To be sure, landlords were in acquisition mode last week.

But Blackstone took the cake, as it often did in 2021. The firm announced the acquisition of multifamily landlord Bluerock Residential Growth REIT for $3.6 billion, but as if that wasn’t enough Blackstone decided that it wanted to get in on the action on the Far West Side and is preparing to pony up $2.85 billion for a 49 percent stake in One Manhattan West. Oh, and did we mention that while Blackstone was cobbling together the money for that deal it apparently shook out the cushions in the couch and found that it had $930 million lying around to purchase 8 Spruce Street, the multifamily FiDi building designed by Frank Gehry, from Brookfield and Nuveen?

The spending wasn’t limited to New York, either. In Gaithersburg, Md., a Washington, D.C., suburb, Starwood is spending $204 million on a 648-unit multifamily complex called Sawyer Flats that it’s picking up from Grosvenor Americas. And it wasn’t the only heavyweight looking for multifamily in the D.C. suburbs: Washington Property Company made two separate apartment asset acquisitions for a total of $66.7 million.

And, in Florida, Union Investment Real Estate, the German real estate outfit, is putting up $226 million for the acquisition of the two-building EON Squared rental property in Flagler Village in Fort Lauderdale.

This would normally satisfy even the brattiest junior landlord at the holidays. But there’s always next year. In which case, have you thought about purchasing your own studio? We hear Los Angeles Center Studios is up for sale. Start saving now!