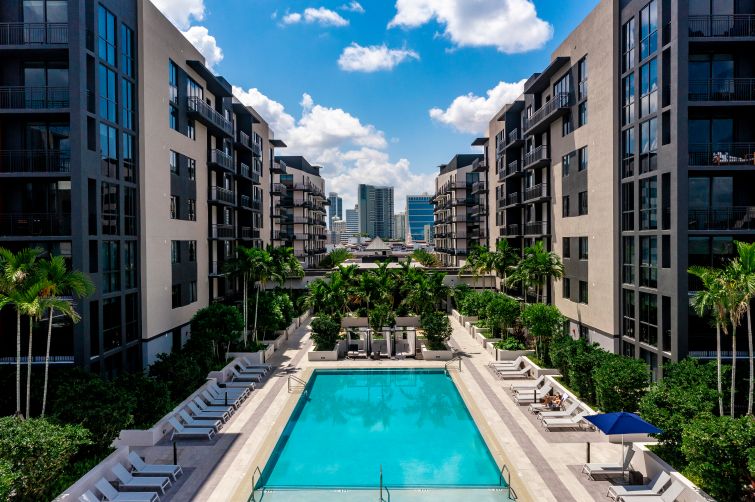 Europeans are getting into the multifamily buying frenzy in South Florida.

The two-building EON Squared rental property stands near Route One in the Flagler Village neighborhood at 421 NE 6th Street.

Union Investment, the real estate investment arm of Germany’s DZ Bank Group, paid $129 million for the 270-unit tower and $97.5 million for the adjacent 206-unit property, which are overall 93 percent leased, the firm said. The sale equates to $475,840 per apartment.

A representative for Alta did not immediately respond to a request for comment. Walker & Dunlop’s South Florida team, led by Still Hunter, represented the buyer.

“The rental growth in Fort Lauderdale is just exploding, reaching almost 20 percent over the past year and is expected to remain well above inflation for years to come,” Tal Peri, Union Investment’s head of East Coast and Latin America operations, said in a statement.

The portfolio of Union Investment totals roughly $6.5 billion assets under management in the U.S. and $44.5 billion globally as of June, according to the company headquartered in Hamburg.

Among those properties is a Publix-anchored shopping center in Boynton Beach, which Union Investment bought for $79.5 million earlier this month.