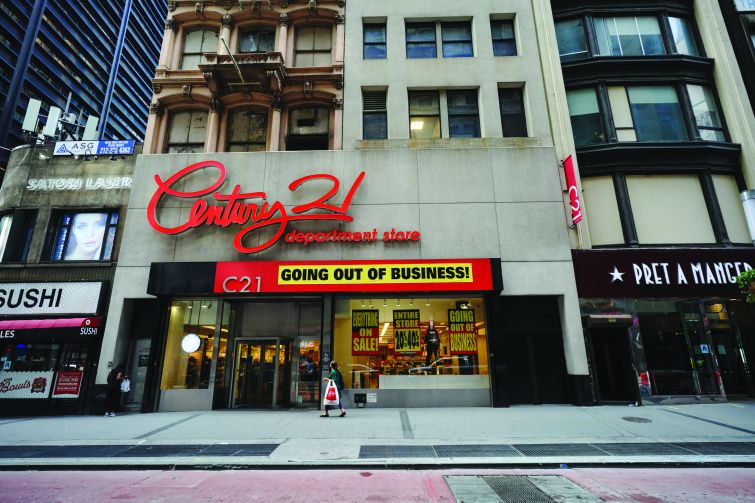 New York City retail is slowly rebounding from the worst of the pandemic, but it continues to struggle compared to 2019, according to Center for an Urban Future’s annual “State of the Chains” report.

After 12.8 percent of New York City chain stores shuttered in 2020, hitting a 12-year high, there was a 2.8 percent increase in the number of chain retailers in 2021. This year was the first one since 2017 that the city gained chain store locations on a net basis, rather than losing them.

Of the 1,021 chain stores that shuttered last year, only about 260 locations reopened. Once that was factored into the data, the city saw a net decline of 74 chain stores. In a more positive trend, only eight chains shuttered all their stores in the city in 2021, down from 27 chains that closed all their local locations in 2020.

In keeping with pre-pandemic trends, fast-casual and fast-food retailers added more locations than most other categories of retail. Pret A Manger, Shake Shack, Wingstop, Taco Bell and Insomnia Cookies all added locations from their pre-pandemic store counts in 2019. Burger King and White Castle also added locations to their 2019 store totals.

Some of the city’s most prolific retail chains shuttered stores this year, and most have lost significant ground since 2019. Metro by T-Mobile closed 21 outposts in 2021, and T-Mobile shuttered 15. McDonald’s also closed seven locations — five in Manhattan and two in Queens. Starbucks has seen a net decline of 41 locations since 2019. Duane Reade and Walgreens have shuttered three locations over the past year and 67 stores since 2019. CVS, meanwhile, has added eight stores over the past two years.

Several apparel chains also closed all of their New York City locations over the past year, including Century 21, Kenneth Cole, French Connection and Fossil. Godiva chocolatier also shuttered all three of its stores, while cult-favorite beauty retailer Ricky’s closed its final location near Union Square, in a slow decline from 14 stores in 2017.

Manhattan retail has suffered significantly more than the outer boroughs during the pandemic, with office workers and tourism slow to return. While the number of chain stores in the borough increased about 3 percent year over year, the total number of major chain locations is still down 14 percent compared to 2019.

“A lot of Manhattan neighborhoods are still considerably below where they were two years ago,” said Jonathan Bowles, CUF’s executive director.

Overall, 24 zip codes had fewer chain store locations than they did in 2019, and 15 of those were in Manhattan. The nonprofit’s analysis found Hudson Yards was still down eight stores compared to 2019, the East Village had lost 29 stores compared to two years ago, while Midtown East had lost 31 chain stores over the same period.

“I’m hoping that we’re seeing new independent businesses and maybe some new chains” take advantage of declining rents and empty storefronts, Bowles said. He felt that significant chain store growth in Manhattan would largely hinge on most workers returning to the office, which may not happen for a while.

“I’d be surprised if we get to the pre-pandemic levels [of chain stores] by the end of 2022,” Bowles said. “I don’t think we’re going to get back to 100 percent of people working in-office, and I don’t think tourism is going to get back to where it was pre-pandemic. But it’s entirely possible that in some neighborhoods outside of Manhattan, we could be ahead of where we were.”