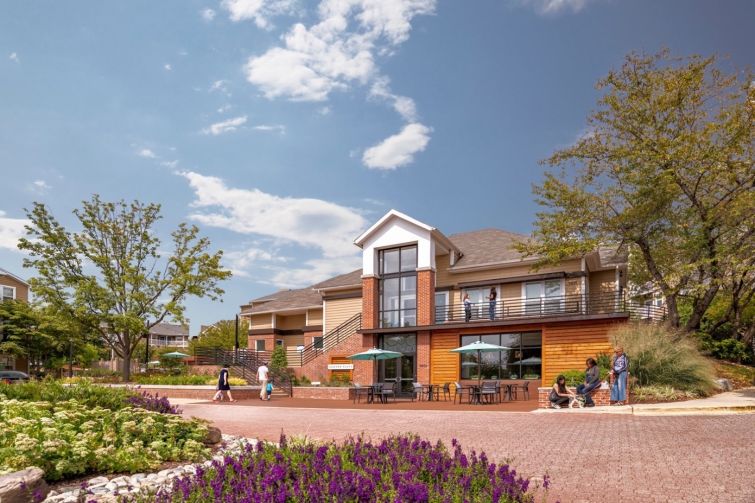 Grosvenor Americas has sold Sawyer Flats, a 648-unit multifamily building in Gaithersburg, Md., for $204 million, according to public records.

The buyer was Starwood Capital through its real estate income trust. The deal closed last month but came out in public records today.

“Following substantial capital improvements as well as stabilizing the property post pandemic, we felt timing was optimal to capture the value we created through the repositioning of the property,” Michael Beattie, chief investment officer at Grosvenor Americas, told Commercial Observer. “We will now seek to deploy the proceeds into another multifamily property where we can create value for Grosvenor and our investors.”

Located at 9806 Mahogany Drive, the 370,422-square-foot property was built in 1989. Grosvenor led a comprehensive repositioning and rebranding program in 2016 to update unit interiors, landscaping and resident amenities.

“This was only accentuated as a result of pandemic-driven movement within regions,” he said. “Sawyer Flats’ location in a submarket with strong economic drivers is ideal for a multifamily apartment community.”

Under Grosvenor’s environmental, social and governance program, the firm finalized an agreement with Montgomery County to offer several affordable units at Sawyer Flats as well.

“As owners and developers, we are driven to create value for our investors while improving environments for our residents,” Beattie said. “We are also continuing to add to the quality of our properties and addressing climate change through our net zero commitment.”

Christine Espenshade, a vice chairman of Newmark, represented Grosvenor in the deal.

Starwood Capital declined to comment on the deal. Requests to Newmark were not immediately returned.