On a 14-acre site in their hometown, Continental Development and Mar Ventures will develop a 145,000-square-foot building to anchor the new campus 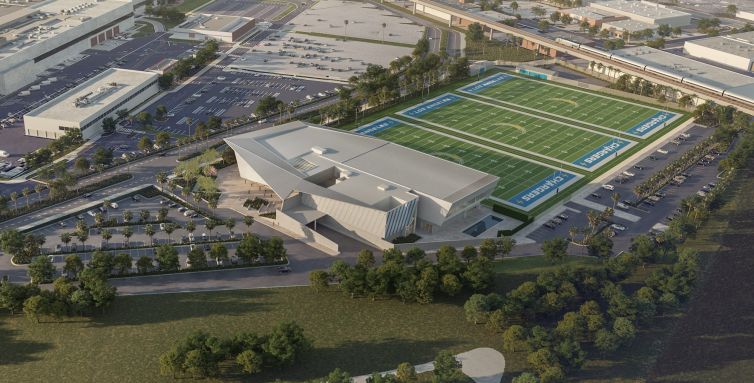 El Segundo is dancing in the end zone.

The Los Angeles Chargers announced that Continental Development Corporation and Mar Ventures will build the franchise’s new corporate headquarters and training facility in the small coastal city of El Segundo. It’s less than three miles from Los Angeles International Airport and seven miles from the $5 billion Hollywood Park and SoFi Stadium, which the Chargers lease from the L.A. Rams.

The site is on Nash Street, south of El Segundo Boulevard and just east of Pacific Coast Highway. The Gensler-designed project is set to go before the city’s planning commission this month, and it is currently estimated for completion by Spring 2024.

Along with the city of Inglewood, the evolution of the city of El Segundo has been at the forefront of the generational sports renaissance in L.A.’s less-heralded South Bay region. The new era has featured two NFL franchises moving to a state-of-the-art stadium that opened last year; the L.A. Clippers embarking on a $1.8 billion arena campus; and the L.A. Lakers and the L.A. Kings opening new headquarters and practice facilities.

Mar Ventures is behind projects like the 160,000-square-foot Del Rey office in Marina Del Rey; the 24-acre Campus El Segundo; and the office and industrial campus Aviation Center in Hawthorne.

The two firms also teamed up in developing the Beach Cities Media Campus in El Segundo, and they completed the 58,034-square-foot building in Del Rey that is home to video game company Electronic Arts.