Continental Development and Mar Ventures completed the building this year 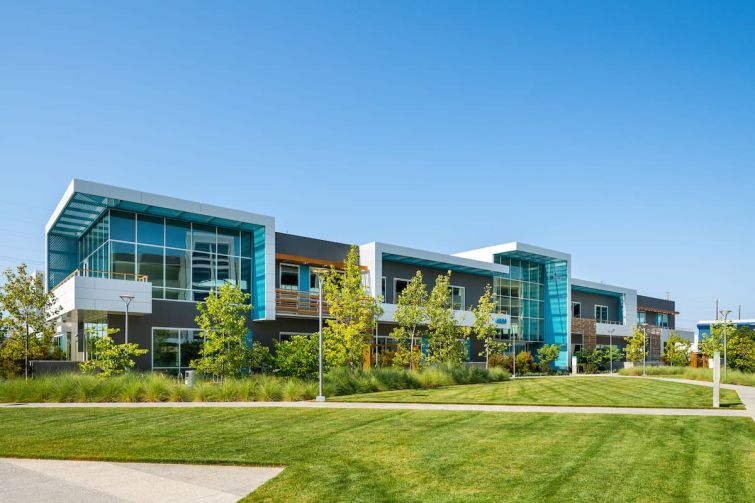 The 58,034-square-foot building at 4820 Alla Road in the Del Rey neighborhood photo:Jake Douglas/MarVentures

Electronic Arts (EA) — the video game company behind popular mainstays like FIFA, Madden NFL, Medal of Honor and Battlefield — is moving to a new office on Los Angeles’ Westside.

EA signed a 10-year lease to move from Playa Vista to a 58,034-square-foot building at 4820 Alla Road in the Del Rey neighborhood, which will be the company’s new studio headquarters. It is owned by its developers, Continental Development Corporation and Mar Ventures Inc.

The asking price on the Westside for the third quarter was about $4.35 per square foot, according to JLL’s office market report. That rate would put the value of the lease at about $3 million per year.

The property is also currently listed online for $57.3 million, or almost $1,000 per square foot.

The campus was completed in the fall. It includes three, two-story buildings totaling 162,031 square feet on approximately 5.7 acres. It was modified to address coronavirus concerns prior to completion, and features Bluetooth touchless entry systems, multi-point thermal cameras, filter optionality, and ionization systems.

It’s located in the “Silicon Beach” area, surrounded by other tech and media hubs like Culver City and Playa Vista, which saw Facebook expand this year and Vista Studios sign a long-term lease in September. Tech and media companies have driven lease activity and demand for premier office and studio space around the county. Last month, Northwood Investors secured a $110 million loan for a Culver City office right before Watt Investment Partners secured $70 million for two of its offices nearby.