‘The Second’ Is Best: How El Segundo Grew Into LA’s Premiere Office Market

Once defined by military defense and oil refineries, the city evolved into a go-to location for every industry 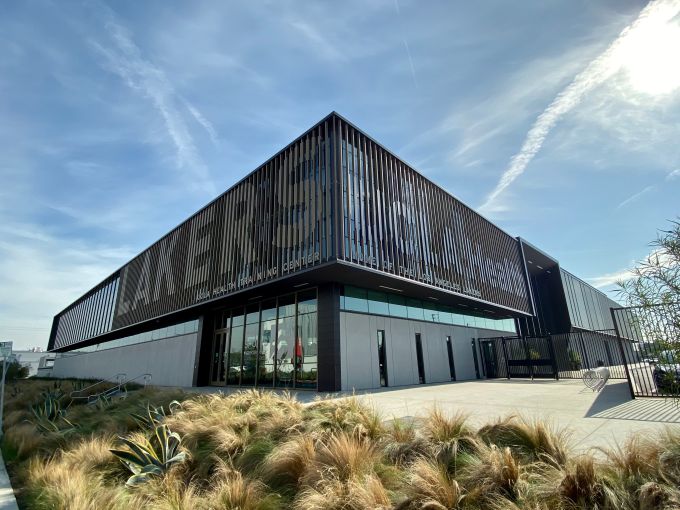 The small city of El Segundo, separate from the Silicon Beach phenomenon, has on its own become one of the most sought-after locations in Los Angeles for industry-leading companies amid rising competition throughout the Westside and South Bay.

Over the past two decades, the coastal enclave has transformed into a premier submarket with an advantage on pricing, rents and specialized office space. The combo is attracting top-tier employers in seemingly every major sector; from the Australian-based Moose Toys to Beyond Meat, El Segundo’s vast tenant base demonstrates that the city is competing with, and sometimes besting, places like Santa Monica, Culver City and Playa Vista.

New startups and growing companies are drawn partly because the city offers some of the lowest business taxes in the region, and its favorable tax credit incentives. Firms can take advantage of a 40-percent tax credit based on sales tax generated in one year, which can be used to offset up to 100 percent of the business license tax liability.

And, after a notably busy year, the city’s top builders, brokers and officials say El Segundo is still on its way up.

The five-square-mile town was first established over a century ago as an oil town. Standard Oil opened their second major refinery site on the West Coast in El Segundo, which garnered an apt name in Spanish: El Segundo translates to “The Second.”

Then World War II brought the aircraft and military defense manufacturers with companies like Raytheon, Boeing and Northrop Grumman. The existence of those major manufacturers spurred a secondary industry of smaller firms that support them. The Smoky Hollow district in El Segundo was developed with machine shops and companies that built parts for, or otherwise supported, the larger firms.

A few of the major manufacturing companies have left, but today, aerospace and defense firms still have a significant presence, and some are even expanding. Northrop Grumman still manufactures in El Segundo every day, and produces part of the F/A-18 fighter jet fuselage. Millennium Space Systems started in El Segundo and was purchased by Boeing. And manufacturers like Aerospace Corporation build satellites and aircraft. Smaller firms like Starburst Aerospace, Phase Four, Slingshot Aerospace and Morf3D, work with prime defense contractors.

“It’s 700 to 800 engineers and scientists who are solving some of the most complex tech problems and finding solutions,” said Barbara Voss, deputy city manager. “We still have a very high concentration of very highly skilled technical workers here in new labs and facilities. They’re not going anywhere … Raytheon is hiring and expanding. So, our aerospace has been changing, becoming more efficient with technology.”

“Not your parents’ El Segundo”

As some of the bigger manufactures move around or advance into different properties, the buildings they left behind opened up properties to be converted. Those older sites are nearly blank slates, and over the past 30 years, firms looking for modern office space moved in. The newcomers included film production studios, effects studios, advertising firms, architects, lawyers, and professional services companies.

Mix the favorable building stock with rents that are historically lower than its heavy-hitting neighbors, and El Segundo became a prime candidate to take on neighboring Santa Monica, Century City and Playa Vista.

One of the most notable additions was Mattel, Inc. The company moved from Hawthorne and opened its headquarters in El Segundo in 1991 at a property that was built in the 1940s to be a manufacturing facility for aircraft fabrication. (That campus was also just purchased by GPI Companies earlier this year.) More toy manufacturers started to pop up, and Moose Toys, Bandai America, and Sanrio are in El Segundo now.

Gary Horwitz, who was an attorney for Mattel, Inc. and operated their global real estate, is a managing director for JLL in El Segundo. He said the city has “made its own claim away from Silicon Beach and the Westside.”

“It used to be a town focused on aerospace and defense, and almost every building was a single-user. But today, it’s completely transformed and a completely different market,” he said. “It has as diverse of a tenant mix as anywhere in L.A., and offers a complete spectrum and array of building types.”

He said the transformation has accelerated over the past five years.

“It’s no longer a secret,” he said. “It’s a special equation, and it’s very rare. There are many Fortune 500 companies, combined with a small-town and genuine residential feel. Then you have the proximity to the airport and the beach.”

Robert Peddicord, executive managing director at CBRE, is also based in El Segundo where he heads the firm’s South Bay market. He said as the office market in Los Angeles expanded with the emergence of Silicon Beach and creative office spaces, companies started to migrate down the 405 Freeway.

“Rents on the Westside have always been 30 to 40 percent higher than the El Segundo market,” he said.

John Lane, a broker for CBRE who covers El Segundo, added that the Westside also has tighter inventory. The spillover from other markets caused rent to jump from about $2 per square foot in El Segundo in 2014, though it’s still relatively affordable.

“As companies grow from there, they move south, and that’s how they find El Segundo,” he said. “Rental rates in El Segundo have been going up as more firms spillover from the Westside and there has been a lot of investment activity. It’s organic growth for companies that are doing better, growing and hiring more people.”

According to Newmark Knight Frank research, which also has an office in El Segundo, occupancy costs in the city are at least 30 percent less than markets like Playa Vista and Culver City. Firms take advantage of the tax credit program in El Segundo, which means the first $15 million in receipts for companies of 100 employees and 15,000 square feet comes to about $14,246 in El Segundo. That same cost is $45,000 is Culver City, $67,500 in Los Angeles, and $75,000 in Santa Monica.

Voss said El Segundo started to gradually draw more tenants from more industries. She pointed to Liquid Advertising, which was first based in Venice, where they were growing and ready to expand. So, they turned to El Segundo.

“They didn’t want to be in a high-rise tower, they wanted their own identity and a unique space,” she said. “Those are the types of companies that are coming in, finding their own building in Smoky Hollow where they can buy and own their own property.”

Voss pointed to the fact that the L.A. Air Force, L.A. Lakers, L.A. Kings, and the L.A. Times all operate significant property in El Segundo. She also said Beyond Meat, the plant-based meat company, started in El Segundo, grew into a bigger location in Smoky Hollow, and they now have five buildings in the small city.

“It’s been very organic, nothing was planned. It sort of built on itself. I think it has to do with the types of buildings we have to offer, from the Smoky Hollow District to the high-rises on PCH, to mid-rise buildings, to stand-alones and office condos.” Voss said. “It’s great to be close to LAX, but you don’t feel like you are. You feel like you are in a small town and small community.”

“This is not your parents’ El Segundo anymore,” said David Ebeling, owner of Ebeling Communications. “You always think of El Segundo as aerospace, defense, oil. Now it’s so much more diverse, and all these firms started here and stayed here and expanded here.”

Bill Messori of Messori Development has seen the city’s transformation and has been one of the leaders in its evolution. He first handled the real estate portfolio for Hughes Aircraft Company, which was headquartered in El Segundo. Then he joined Mar Ventures, which developed properties in El Segundo like The Edge office condominium project, which spans 225,000 square feet.

Afterward, he was hired to develop the building for Moose Toys, and has continued to develop the AC Hotel, Alta Oficina and more. At the same time, he’s working with Griffin Capital, which closed on five acres in El Segundo last week, and he expects to close on 10 more acres this week, all at Kansas Street and Grand Avenue. The company will convert the properties that span more than a full city block into creative office space and adaptive reuse.

“The opportunity to develop another couple of city blocks is a legacy project for me,” he said. “Subjectively, they will be the two top premier offices in El Segundo, but that’s the idea, to keep getting better.”

Messori has seen El Segundo evolve over the past couple decades into a destination that people pine to be associated with, which wasn’t always the case. He explained that when builders and companies would name a project in the city in the past, they didn’t include “El Segundo.” Rather, they’d use nearby Manhattan Beach or South Bay. But now, companies celebrate the name. Indeed, many of the newer office conversions and campuses include “El Segundo” prominently on the building or project name.

“Times have changed, and they’re proud and excited about it and want to show off El Segundo,” he said.

Vacancy throughout the Westside of the county is historically tight, but developers and brokers say El Segundo is only going to continue expanding.

“I definitely don’t think we’ve seen a plateau,” Peddicord said. “Finding the product is becoming a lot more challenging. But because of the rent difference, there’s opportunity.”

Hackman Capital purchased four industrial buildings over 30 acres from Northrop Grumman, and is transforming it into another office project. Billionaire Patrick Soon-Shiong, who owns the L.A. Times and moved the publication there, owns about a dozen properties in El Segundo. Raytheon also recently listed 29 acres for sale that will become commercial office space. The city also launched an effort to facilitate upgrades through the 120-acre Smoky Hollow district, which they hope will be transformed into more than 1 million square feet of office space by 2040.

“I think it’s going to keep growing. I don’t think we’ve hit a plateau, with Patrick Soon-Shiong investing a lot into the community, and Hackman Capital developing really big projects,” Voss said. “We don’t know the tenant there yet, but that will bring another new element into El Segundo.”

More new space is coming too via manufacturing-to-office conversions. Vella Group purchased the Boeing campus with over 200,000 square feet in July for $50.8 million. Boeing has about a year left on the lease, and then Vella Group plans to rehab the site with another property it owns behind it into another creative office campus. Founder Zachary Vella told Commercial Observer he already has companies asking to lease the property that won’t exist for years.

TA Realty also paid $138.5 million for an El Segundo office building this year that was fully leased to Northrop Grumman, and the firm is renovating that property.

El Segundo even closed the year with a flurry of new deals in the books. Earlier this month, Griffin Capital announced it sold a 151,300-square-foot office building in El Segundo for $63.5 million to SteelWave, a management and investment firm. In November, Nuveen Real Estate and Graymark Capital purchased a 201,000-square-foot creative office for $97.15 million, and GPI Companies received a $55.3 million loan for the Mattel headquarters, which it purchased in September. That same month, Continental Development Corporation secured a $55 million loan for its 206,000-square-foot office.

Update: This story has been updated since publication to reflect the correct spelling of Barbara Voss, the deputy city manager of El Segundo.