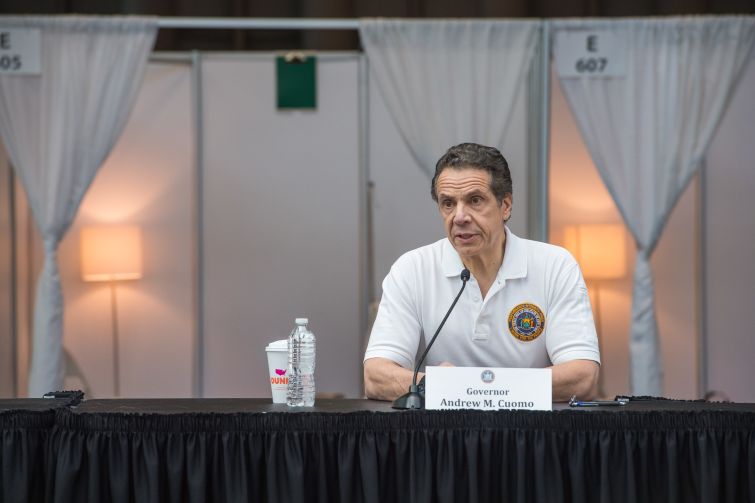 Andrew Cuomo has not been having a good week.

The 56th governor of the State of New York is juggling two scandals: multiple accusations of sexual harassment and the rewriting of a state health report to hide the number of nursing home deaths during the height of COVID.

While the governor resists calls to resign, it is worth pondering what happens to the most ambitious real estate agenda since Robert Moses ran the New York City Planning Commission (and about 11 other offices)?

Most real estate developers Commercial Observer spoke to last week prudently opted to remain silent about the often-truculent Cuomo. (Oh, yeah, that was another scandal. Cuomo threatened Assemblyman Ron Kim with the words, “You have not seen my wrath,” when Kim criticized Cuomo’s nursing home cover-up.) We contacted 16 top-level, real estate executives and groups, and only three would speak to us on the record.

“Cuomo is someone everyone respected, but nobody liked,” one real estate source told us anonymously. (The only person actively in real estate we could find to really talk turkey about Cuomo was Buffalo developer, and rival for the governorship, Carl Paladino.)

But the upshot is that most developers are in a holding pattern until more comes out of the investigation of the governor.

Speaking of often-truculent, New York-born politicians, former President Donald Trump is also back in the real estate spotlight, or, at least, the Trump Organization is.

The Trump Organization filed a lawsuit against footwear designer Marc Fisher for allegedly not paying $1.5 million in back rent at Trump Tower at 725 Fifth Avenue.

Can you talk about anything other than politics?

Sure, let’s talk about the pandemic!

The moment the coronavirus hit, it only stood to reason that real estate prices would be cut significantly. … But, for the first few months, a lot of real estate players kept their heads down and avoided doing business until the worst was over.

Of course, this couldn’t last forever. And, as things have begun to be transacted again, we’ve seen the price cuts start to take effect. And they’re big.

More worrying, just because people are getting vaccinated and the worst of the virus is over, the discounts have probably just begun.

Indeed, the jobless rate ticked up after a major drop in unemployment claims the previous month. And did we mention that the New York City Independent Budget Office released a report predicting a “slow but fragile recovery”? Just in case we were in any danger of getting cocky. (I swear, we weren’t!)

What about the good news?

It looks like arts-and-crafts retailer Michaels is going private, after it was announced that Apollo Global Management was buying it for a whopping $3.3 billion.

Apollo must be suffering from some kind of tapeworm, because along with VICI Properties, they’re also purchasing The Venetian hotel on the Las Vegas Strip and the Sands Expo and Convention Center from the late Sheldon Adelson’s Las Vegas Sands Corp. for $6.25 billion. Now, that’s a lot of money to drop in Vegas.

And Mayor de Blasio (the one guy who’s probably beaming about the controversy surrounding the governor) announced last week that the city was restarting $17 billion worth of public projects that were put on ice when the pandemic hit.

Plus, the NYC developer community cheered an appeals court ruling overturning a decision that the still-under-construction 200 Amsterdam Avenue was going to have to chop off its top 20 floors.

Finally, we saw more evidence that the water is getting fine for retailers and restaurateurs. Dippin’ Dots and Doc Popcorn are opening a shop on East 23rd Street by Madison Square Park.

We were surprised to learn that Peter Sotoloff is decamping from Mack Real Estate. (No word yet as to where he’s going.) Kevin Cullinan and Priyanka Garg are going to serve as co-heads of real estate.

JPMorgan Chase is shopping around 800,000 square feet of sublease space. (Whoa!) But subleasing is a big problem in general. It’s one of the big things afflicting Downtown Manhattan.

And, for another in-depth feature, check out our deep dive into the SPACs boom.

Enjoy the rest of your Sunday!