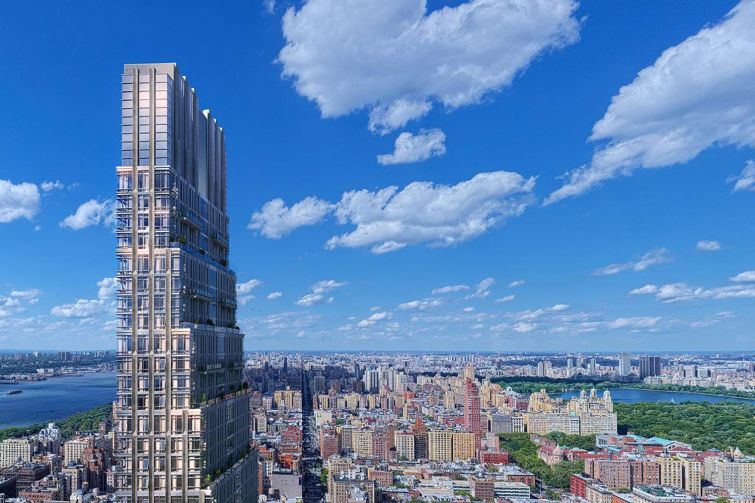 Looks like 200 Amsterdam Avenue is not in line for a haircut after all.

An appeals court ruled in favor of the developers and the City of New York to reject a state justice’s decision to revoke the New York City Department of Buildings (DOB) permits for the 52-story 200 Amsterdam, which would’ve forced developers to chop off roughly 20 floors of the Upper West Side luxury condominium.

“This ruling is a crucial victory for the Upper West Side and New York City’s economic recovery,” Steven Pozycki, chairman and CEO of 200 Amsterdam developer SJP Properties, said in a statement. “We believe in the resiliency of New York City and are looking forward to relaunching sales and delivering 200 Amsterdam, which is nearing completion and on track to welcome residents this coming summer.”

SJP and Mitsui first filed plans in 2016 to build a 668-foot tower on the site of the old Lincoln Square Synagogue between West 67th and West 68th streets, making it the highest building on the Upper West Side.

However, the proposal was almost immediately faced with fierce opposition from locals over the size of the building and the developers’ use of a byzantine rule to combine partial tax lots to build higher than the zoning code. Several community groups, including the Committee for Environmentally Sound Development and the Municipal Art Society of New York, filed lawsuits to block the development.

Richard Emery, the lawyer for the opposition, did not immediately respond to a request for comment.

The suit bounced around in court and the New York City Board of Standards and Appeals (BSA) weighed in that 200 Amsterdam’s permit should still stand and the project topped out in 2019. Yet, Justice Perry sided with community groups in February 2020 and ruled 200 Amsterdam would have to demolish the floors that flouted the zoning code. The decision was seen by some as proof of an anti-development sentiment setting into the state’s court system.

SJP and Mitsui quickly filed an appeal to the decision, with the city joining in, arguing that it “closed the loophole” that allowed 200 Amsterdam to craft a 39-sided lot and fighting against the ruling “because of its far-reaching implications for how policy is shaped,” a City Hall spokesperson previously told Commercial Observer.

The appeals court judges ruled that Perry “should have deferred to the BSA’s rational interpretation” to let 200 Amsterdam’s permit stand and the case was “moot because the building is substantially completed.”