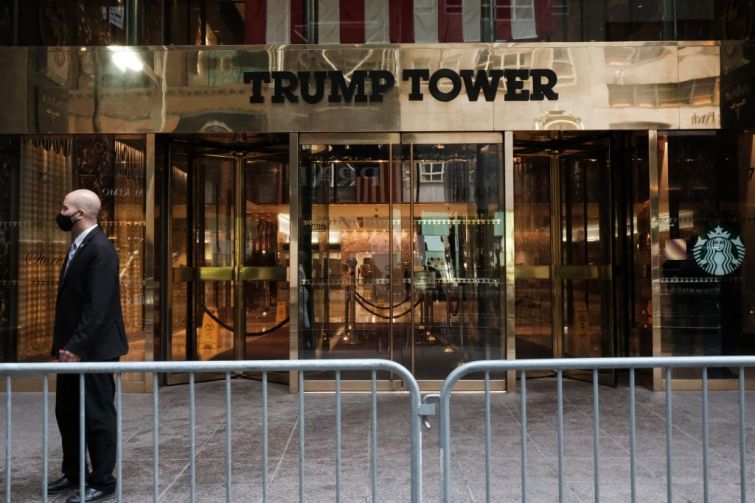 Talk about the pot calling the kettle black.

The Trump Organization — which was run by former President Donald Trump, who’s infamous for not paying his bills — has sued footwear designer Marc Fisher, claiming that it owes $1.5 million in rent at its Trump Tower showroom.

Fisher allegedly hasn’t ponied up its nearly $150,000 monthly rent bill for its two-floor showroom in the tower — Trump’s first, true commercial real estate trophy and his biggest success — since November, according to the lawsuit filed Wednesday in Manhattan Supreme Court. The Trump Organization is seeking back rent, interest and damages in its legal filing.

Crain’s New York Business first reported the suit. Spokespeople for the Trump Organization and Fisher did not immediately respond to requests for comments.

Fisher first signed on for the space on the entire 21st and part of the 22nd floors in the 58-story, mixed-use tower at 725 Fifth Avenue in 2015, according to the suit.

The Trump Organization’s suit against Fisher comes as retailers and many of the former president’s allies in the real estate world are turning their backs on him now that he’s left the White House. The company has also been desperate to keep other tenants in place.

Tiffany & Co. will leave its 74,000-square-foot space at Trump’s 6 East 57th Street next year, while brokerage Cushman & Wakefield and lender Deutsche Bank said they will no longer do business with Trump.

However, Trump was able to entice Gucci to renew its 49,000-square-foot flagship store in Trump Tower, after it offered the luxury retailer a rent reduction and a significant amount of money to renovate the space, as Commercial Observer previously reported.

Meanwhile, an investigation from USA Today found that Trump and his company have a trail of lawsuits, liens and other filings for failing to pay people and companies for their work, including real estate brokers and law firms.