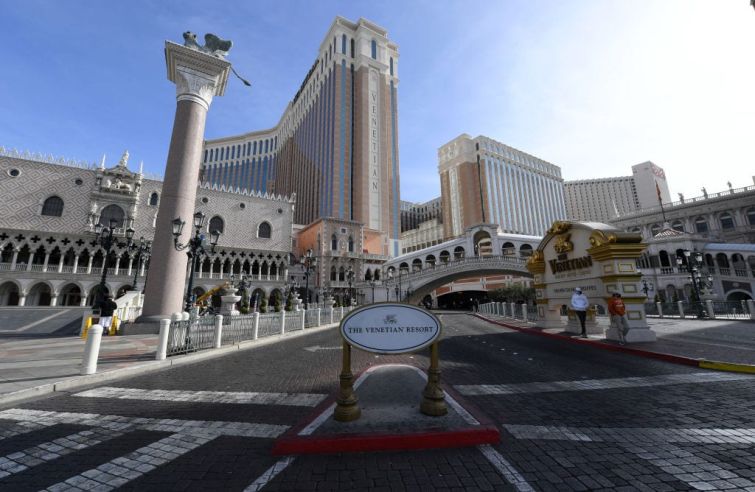 The company, founded by the late Sheldon Adelson, agreed to sell The Venetian hotel on the Las Vegas Strip and the Sands Expo and Convention Center to a partnership between Apollo Global Management and VICI Properties for $6.25 billion, the companies announced Wednesday.

As part of the deal, Apollo Funds will acquire the operating company behind The Venetian resort — the grounds of which also include The Palazzo — for $2.25 billion from Sands, while VICI will buy the hotel’s land and real estate assets for $4 billion, according to the announcement. Apollo Funds will then enter in a “long-term, triple net lease” with VICI, whose portfolio includes Caesars Palace Las Vegas, for The Venetian.

Adelson, who died in January, played a critical role in turning Las Vegas into a global destination starting with Sands Expo in the early 1990s, as Commercial Observer previously reported. He eventually built the 35-story Venetian in 1999.

Sands, which is dropping Las Vegas from its name as a result of the sale, called the deal “bittersweet.”

“The Venetian changed the face of future casino development and cemented Sheldon Adelson’s legacy as one of the most influential people in the history of the gaming and hospitality industry,” Sands Chairman and CEO Robert Goldstein said in a statement. “As we announce the sale of The Venetian Resort, we pay tribute to Mr. Adelson’s legacy while starting a new chapter in this company’s history.”

Goldstein added that Sands will focus on its casino developments in Macao and Singapore, along with “potential development opportunities” in the United States.

The sale of The Venetian comes amid the coronavirus pandemic, which obliterated travel around the world and forced the Las Vegas Strip to go dark for nearly a month. Nevada’s tourism and hospitality faced an estimated $67.6 billion economic impact as a result of the pandemic, The Associated Press reported.

Despite the pandemic’s impact on Las Vegas, private-equity firm Apollo Funds said The Venetian was poised for a “strong recovery and long-term growth.”

“The team at Las Vegas Sands, under the leadership and vision of Sheldon Adelson, built an irreplaceable asset that is renowned for its quality, scale and integrated offerings, and we see significant opportunity to invest in and accelerate its growth,” Apollo Funds’ Alex van Hoek said in a statement. “This investment also underscores our conviction in a strong recovery for Las Vegas as vaccines usher in a reopening of leisure and travel in the United States and across the world.”