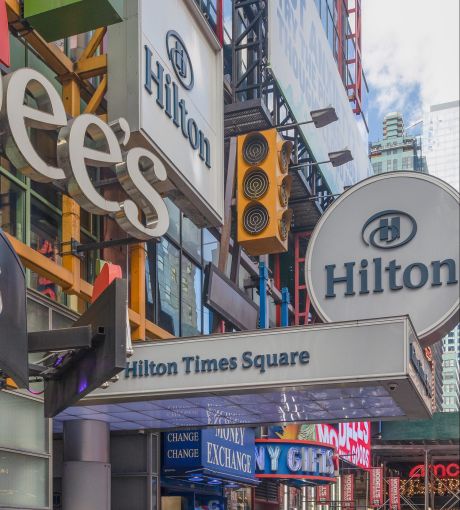 Over the course of the last few weeks, Commercial Observer had been reviewing how real estate handled the year where 343,000 of our fellow citizens died of a pitiless disease that upended life as we know it.

Brokers didn’t sit on their hands; the good ones clawed their way to the other side. But, even the best in the business could only do so much. The office leases of the year were largely renewals and involved the companies that could afford to weather a big storm, like Facebook. Retail was nothing short of a bloodbath, with some of the biggest, most iconic names struggling and often failing to maintain solvency.

Hospitality was, if anything, even worse. Just this week, CO learned that the Hilton Hotel in Times Square might turn over the keys to its lender. This was a brand and a location that, just a year ago, one would have assumed to be as secure as Fort Knox, but it filed a WARN notice this fall that it was closing permanently, and Trepp reported that the hotel was negotiating a deed-in-lieu of foreclosure settlement.

Even proptech, one of the bright stars of the industry only a year ago, faded in 2020. Investment in the sector declined 25 percent. (But, yes, if you were in life sciences or logistics, 2020 was fine. Dare we say great. Just last week, JBG SMITH acquired a 1.4-acre site across from Amazon’s HQ2 in Northern Virginia, sensing, perhaps, just how good the opportunity was to house Jeff Bezos’ minions.)

True to form, the final gasps of 2020 were filled with drama.

The once-seemingly unstoppable All Year Management defaulted on its debt on the Tel Aviv Stock Exchange and is scheduled to be delisted from the exchange today.

At the same time, the siren song of the TASE was calling Kushner Companies, which CO learned last week could be raising as much as half a billion dollars off a fund in Israel.

During a special session of the New York State Legislature last week, lawsuits delayed most evictions and foreclosures until May, if the tenant can demonstrate hardship. (There are an estimated 800,000 to 1.2 million New Yorkers behind on their rent.) At the same time, the legislature provided money to aid small landlords.

California ended the year reimposing restrictions on businesses after being hit with the state’s worst coronavirus numbers yet.

And a deal that we assumed had been left for dead came back to stunning life. After walking away from a $3.6 billion purchase agreed upon in February — and embroiling itself in a legal imbroglio as a result — Simon Property Group went ahead and sealed its deal to acquire Taubman Centers, albeit at an $800 million discount.

Nobody can accuse Simon’s eponymous David Simon of not being a wily and gutsy businessman during this time of crisis. Not only did he seize this huge amount of real estate at a wobbly moment, but this was hardly Simon’s only big purchase. Along with Brookfield, Simon Property Group also bought JCPenney, rather than allow the legendary retailer to go bust.

And we close the gloomy year with another gloomy totem: PR deity Howard Rubenstein, the “dean of damage control,” passed away at 88. In addition to clients like Rupert Murdoch, George Steinbrenner (and his Yankees) and Jerry Seinfeld, Rubenstein worked for the Rudin family, the Trump Organization and Tishman Speyer.