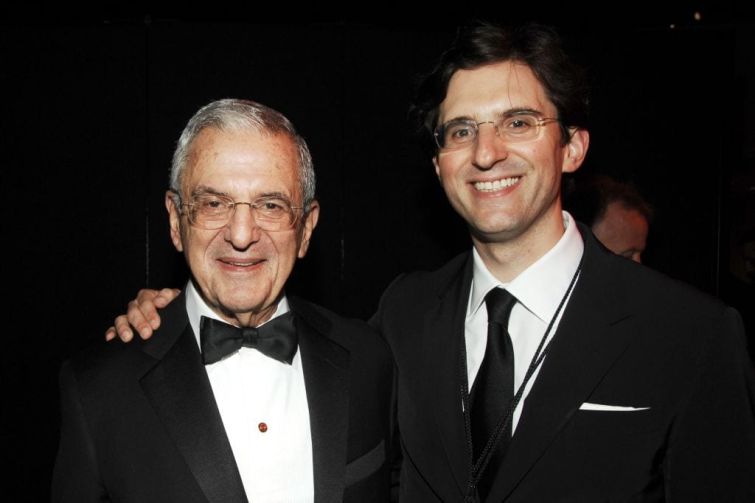 Howard Rubenstein, a public relations legend called the “dean of damage control” by former NYC Mayor Rudy Giuliani, died on Tuesday in his Manhattan home, according to his son Steven Rubenstein. He was 88.

Rubenstein grew his eponymous firm from a one-person operation on his mother’s kitchen table in Brooklyn to one of the city’s most powerful PR shops. Throughout the years, he represented Jerry Seinfeld, Rupert Murdoch and former New York Yankees owner George Steinbrenner, as well as a host of real estate powerhouses, including the Rudin family, Tishman Speyer and the Trump Organization.

The soft-spoken Rubenstein also became a power broker in the city, befriending mayors and acting as a key figure in Michael Bloomberg’s bid for a third term.

“My father loved his family, his work, this agency, our city, and of course, the New York Yankees,” Steven Rubenstein said in a statement. “While I loved so much about him, what made him truly special was how he embraced the world with vigor, confidence, and optimism for what lay ahead. No matter how challenging the circumstances, his commitment to his family, the people he worked with, the tumult of the job, being part of a big story, and being part of helping our city were always on full display.”

Rubenstein preached ethics in the PR professions, and often advised his clients to admit to truths during scandals rather than remain mum on the topic.

“He helped to invent contemporary public relations, and made it his life’s passion to elevate it into an ethical and honorable profession,” Steven Rubenstein said.

He was born on Feb. 3, 1932, in Brooklyn, grew up in Bensonhurst, and graduated from the University of Pennsylvania. Rubenstein was accepted to Harvard Law School but dropped out. He then moved back to Bensonhurst with his parents, where he founded his PR shop.

Aside from his work providing damage control to the city’s elite, Rubenstein also helped found the Association for a Better New York with Lewis Rudin to help steer the city out of the fiscal crisis of the 1970s. He also helped found the Museum of Jewish Heritage, and was a trustee of the Police Athletic League and the Inner-City Scholarship Fund of the Archdiocese of New York.

In recent years, Rubenstein’s son Steven handled the day-to-day operations of his PR firm while he remained chairman of the company.